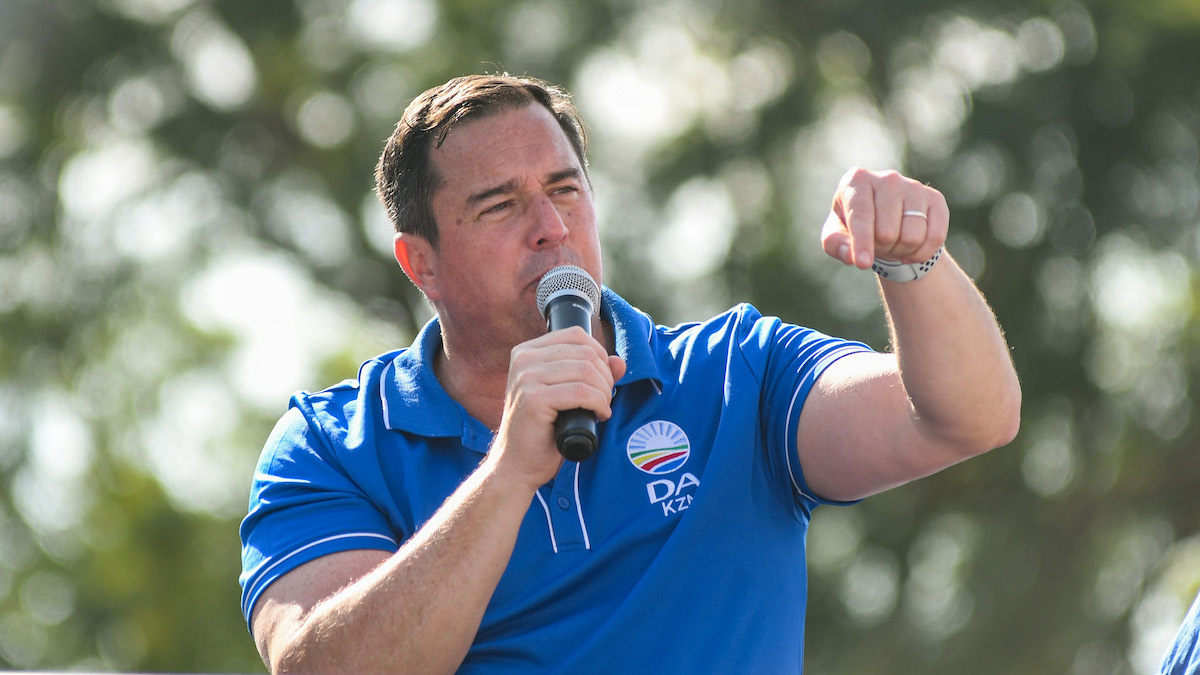 In this sobering yet hopeful discussion, DA leader John Steenhuisen explains why his party is redoubling its efforts to secure devolution of power from Pretoria to provincial governments – what it will mean in practical ways and how it differs from the approach of Cape secessionists. In this wide ranging interview he also looks ahead to December’s ANC Elective Conference; shares the back story of Thabo Mbeki’s re-entry onto the political stage; explains lessons learnt by political parties in the “coalition school”; and provides insight into the DA’s plan for 2024 which aims at ensuring the ANC is ejected from power in Gauteng, KZN, the Free State – and Parliament itself. He spoke to Alec Hogg of BizNews.

As retired Deputy Chief Justice Dikgang Moseneke put it recently, the revolution has failed. It’s harvest time, and South Africa is reaping the result of a quarter century of cadre deployment of incapable political cronies into every institution of the state. Load-shedding, water-shedding, job-shedding, investment-shedding, skills-shedding. And it won’t end there. We’re on track for fuel-shedding too. With the national government failing on all fronts, the announcement on 26 September 2022 of the formation of the Western Cape Devolution Working Group was welcomed by many. But some interpreted it as an elitist, exclusionary first step towards Cape secession. They are mistaken. Western Cape devolution will massively improve the lives of all those who live in the Western Cape, especially the poor. But it is also in the whole country’s interest. Let me explain.

Anyone who cares about poverty reduction, community safety, job creation and social inclusion should welcome the idea of national government assigning to the Western Cape government and the City of Cape Town any services which would be better delivered by these lower levels of government. There can be little doubt that poverty and crime would go down and living standards would improve for everyone in the Western Cape if policing services and passenger rail, for example, were devolved to the Province and City. These DA-run governments are far better positioned to deliver safety and affordable transport to the people of the province. Not only are they geographically closer to the challenges and therefore have a better understanding of the specific issues at play, but they also have a better track record of delivery. Their LEAP programme, which deploys crime-fighting resources to Cape Town’s 13 murder hotspots, has already yielded positive results.

Devolution is consistent with the constitutional principle of subsidiarity, which holds that social issues should be dealt with at the lowest effective level. Bringing government as close as possible to the people tends to yield better outcomes, by increasing responsiveness, knowledge, accountability and collaboration. It makes it easier for citizens to hold public officials accountable and brings on board more resources by enabling collaboration between government and local community groups. This all-of-society approach has been instrumental in bringing murder rates down in Cape Town’s crime hotspots, where LEAP officers have worked closely with SAPS, community policing forums and neighbourhood watch groups.

Far from being an elite pursuit as some commentators oddly suggested, Western Cape devolution will benefit poor communities most since, being unable to afford private transport and security, they are most reliant on govt services such rail and policing. As he set out in his well-titled article Getting Capetonians back on track on Monday, Cape Town mayor Geordin Hill-Lewis is determined to build a reliable and integrated public transport system for Capetonians with rail as its backbone. This will reduce the cost and time it takes people to get to work and play. The City of Cape Town is soon to release the first findings of its feasibility study in response to national government’s recent White Paper on National Transport Policy, which opens the way for devolution of public transport to competent cities.

Far from being a steppingstone to secession, devolution will decrease the pressure for this. As the South African state fails, so calls for Cape independence ramp up. Far better to release that pressure through devolution than secession. Ultimately, it’s not the route but the outcome that people care about. They want to know there is a future for themselves and their children where they live. Devolution is the achievable, realistic path to the progress they want to see.

The South African Constitution allows for devolution in many instances. Section 99 says that a Cabinet member may assign any power or function that is to be exercised or performed in terms of an Act of Parliament to a member of a provincial Executive Council or to a Municipal Council. Section 156 (4) says that the national and provincial governments must assign to a municipality, by agreement and subject to any conditions, the administration of a matter which necessarily relates to local government, if that matter would most effectively be administered locally, and if the municipality has the capacity to administer it. It is now up to the Western Cape Devolution Working Group, and the Province and City, to win public and national government support for devolution by showing that it will reduce poverty, improve lives, grow the economy, and offer South Africa a way to bend its trajectory towards progress, social inclusion and shared prosperity.