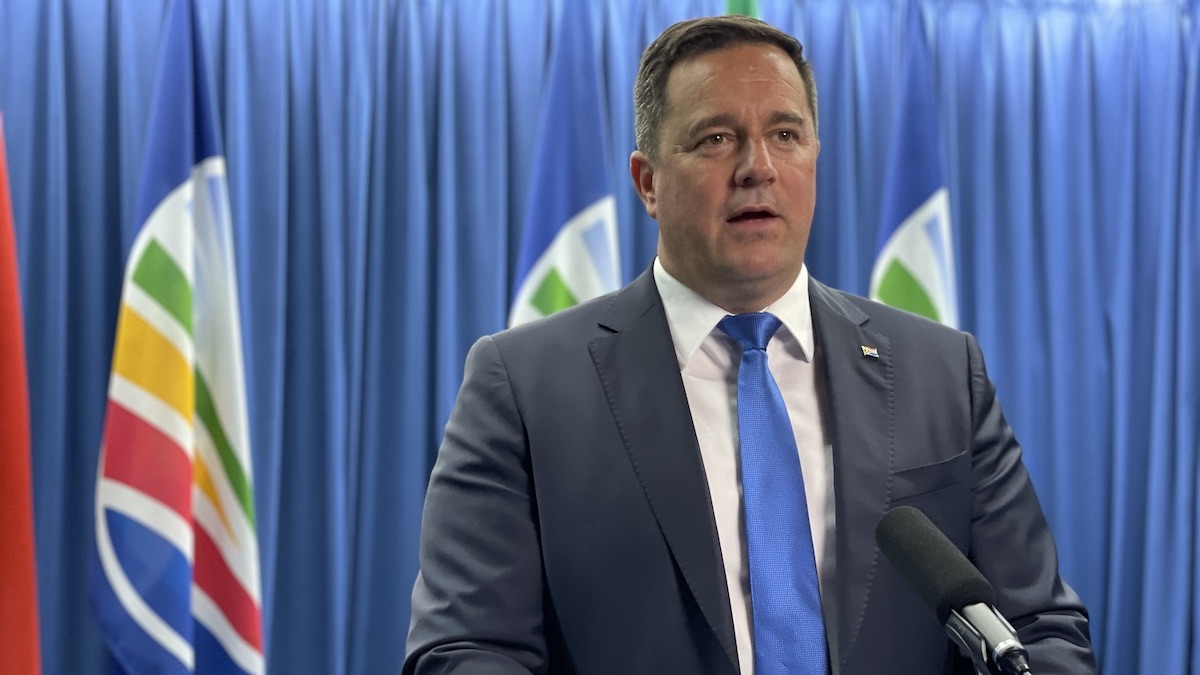 Democratic Alliance leader John Steenhuisen says despite the mayhem recently visited upon the city of Johannesburg, the party remains committed to coalition government and making it work. He believes coalition governments have a vital role to play in the political landscape of South Africa, and that what transpired in the council meeting last week was unlawful and unprocedural. The sitting was little more than a sham and the Speaker, on debut, showed she is neither competent nor capable of managing a council meeting in the prescribed manner, he writes – and reiterates that for coalition governments to work, partners need to be dependable and stick to the written agreements they signed, which are not mere suggestions to be amended at whim, but binding agreements aimed at ensuring everyone is on board and shares the same values. – Sandra Laurence

After months of efforts to destabilise coalitions across the country, today the ANC succeeded in seizing control of Johannesburg. I warned precisely, a few weeks ago, that this is what is transpiring in the background.

This was done through nefarious tactics that culminated in smaller parties helping them to conduct the kangaroo-style council meeting in Johannesburg today. The ANC’s desperation to get their hands on tenders and contracts from Johannesburg’s R76 billion budget is now clear for all to see.

The outcome of the special sitting of the Johannesburg Council today has led to much speculation about the effectiveness and credibility of coalition politics.

Let me begin by stating clearly that the Democratic Alliance remains committed to coalition government and making coalitions work.

We firmly believe that with the commitment of all parties to work for the betterment of the citizens of this country rather than narrow self-interests, coalition governments have a vital role to play in the political landscape of South Africa.

We believe that what transpired in the council meeting today was unlawful and unprocedural. The sitting was little more than a sham and the Speaker, on debut, showed she is neither competent nor capable of managing a council meeting in the prescribed manner.

Mayor Phalatse has achieved 71% of her targets to date and we have many examples of how the residents of the city have started to benefit from good, clean governance and dedicated service delivery projects for all residents.

I started this address by saying that the very concept of coalitions as a way to save South Africa has also suffered because of the events of the past weeks. I can state, without fear of contradiction, that it is not the system of coalitions that is at fault but the often mercenary way that some participants approach their role in such a government.

This very unfortunate sequence of events started with an unprovoked Motion of No Confidence against our Speaker, Vasco da Gama.

We are grateful to all our coalition partners – except COPE – who acted swiftly to expel their rogue members.

After our prescribed processes, the DA re-nominated Vasco to fill the vacant position. On receiving resistance from coalition partners, we were willing to be flexible on the candidate and nominate an alternate, Alex Christians.

Then it emerged that ActionSA had suggested that the DA relinquish this negotiated position and hand it to the IFP. This went against the signed and agreed coalition compact, and the DA drew the line, saying: A deal is a deal. If we revise it, this must occur in terms of the procedures laid down in the coalition agreement itself.

Smaller parties, including ActionSA continued to agitate for the IFP to be handed the Speaker’s position. After thorough discussion, the PA announced that they would not support the DA Speaker candidate.

The ANC, EFF and PA voted together to select the COPE rogue councillor, Colleen Makhubele, as the Speaker.

Ignoring due process entirely, Colleen Makhubele forged ahead to convene a Council meeting to oust Phalatse as Mayor this morning, in a process so flawed that we will challenge it in court.

It is entirely spurious and false to blame the DA for any of these developments. We have, from the outset, held to the letter and the spirit of the coalition agreement in good faith.

When it became clear that the PA and some other partners were conniving with the ANC, our representatives on the Coalition Technical Task Team wrote a letter spelling out in detail what the coalition agreement required. By then, as it subsequently transpired, the PA deal with the ANC was done.

It is quite clear that the PA will not accept their defeat by the DA in the recent Prince Albert and Matzikama by-elections, and they have brought down coalition governments in Knysna, Cederberg and now Johannesburg.

The blame lies squarely with the coalition partners who refuse to recognise or respect the terms of the signed Coalition Agreements, which they clearly do not believe are worth the paper they are written on.

If these coalition governments are to work, we need our partners to be dependable and stick to the written agreements they signed. These are not mere suggestions to be amended at whim, but binding agreements aimed at the ensuring everyone is on board and shares the same values.

We are grateful to our coalition partners who remained loyal, not to us, but to the coalition agreement, all through this time, and who honoured and accepted as binding the written agreement we all signed.

Now the Patriotic Alliance, along with COPE’s Colleen Makhubele, have decided to join the ANC’s coalition of corruption, and we again urge voters to remember that whenever you split the opposition, the ANC will win.

South Africa needs a strong, united opposition party to take on the ANC and win, and only the DA delivers that.

We are further disappointed that ActionSA’s Herman Mashabahttps://www.biznews.com/thought-leaders/2022/06/23/mashaba-da-opposition-vendetta has chosen to consistently attack the DA rather than call out the ANC for their desperate efforts to destabilise opposition coalitions across the country.

His media onslaught against the DA today is little more than an attempt to steer the blame for this collapse away from where it truly belongs. While pointing fingers at the DA, Mashaba has been instrumental in destroying the coalition from within, and was not even present in many coalition meetings with the party leaders to resolve the issues.

In the interests of full transparency, the DA is releasing the contents of a  letter we sent on 25 September, where we warned ActionSA that their scheme to violate the coalition agreement would pose an existential threat to the government.

We will not dignify his lies with the social media battle he so desperately wants.

The voters of Johannesburg have every right to be angry that despite their rejecting the ANC, small parties along with the EFF have now handed the city back to the same organisation that has run it into the ground.

We will move quickly to do everything in our power to protect our other coalition governments from this ANC onslaught.

We will do everything we can to rescue failing governments from the ANC’s hands, but often it is the smallest of parties who sell out to the ANC, and against the very people who put them into office.

We want to assure those who believe in democracy and the rule of law that the DA is not done in Johannesburg, and we will continue to fight the forces that put their own greedy agendas ahead of the needs of the citizens of this country.

We are under no illusions that the fight for resources by the coalitions of corruption will increase as the 2024 elections draw nearer, but we will stand firm and we will be guided by not only the values and principles we hold dear, but also by the rule of law.

And finally, I would like to reassure all South Africans that what we are seeing playing out in Johannesburg right now – as messy and painful as it is – is part of the journey we have to take if we want to save South Africa from ANC domination.

I understand how angry and frustrated many of you are right now, and particularly if your vote was one of those that was betrayed. But we dare not back down or give in. That is what they want.

Battling through this disruption and chaos – and learning lessons from it – is the price of progress.

One of those lessons is about the importance of signing and sticking to coalition agreements.

I give you my word today that the DA will never give your vote away to a coalition without a binding written agreement that ensures good governance and service delivery.

Treachery will not stand. Subterfuge will not hold. And we will not succumb to the politics of extortion and blackmail.