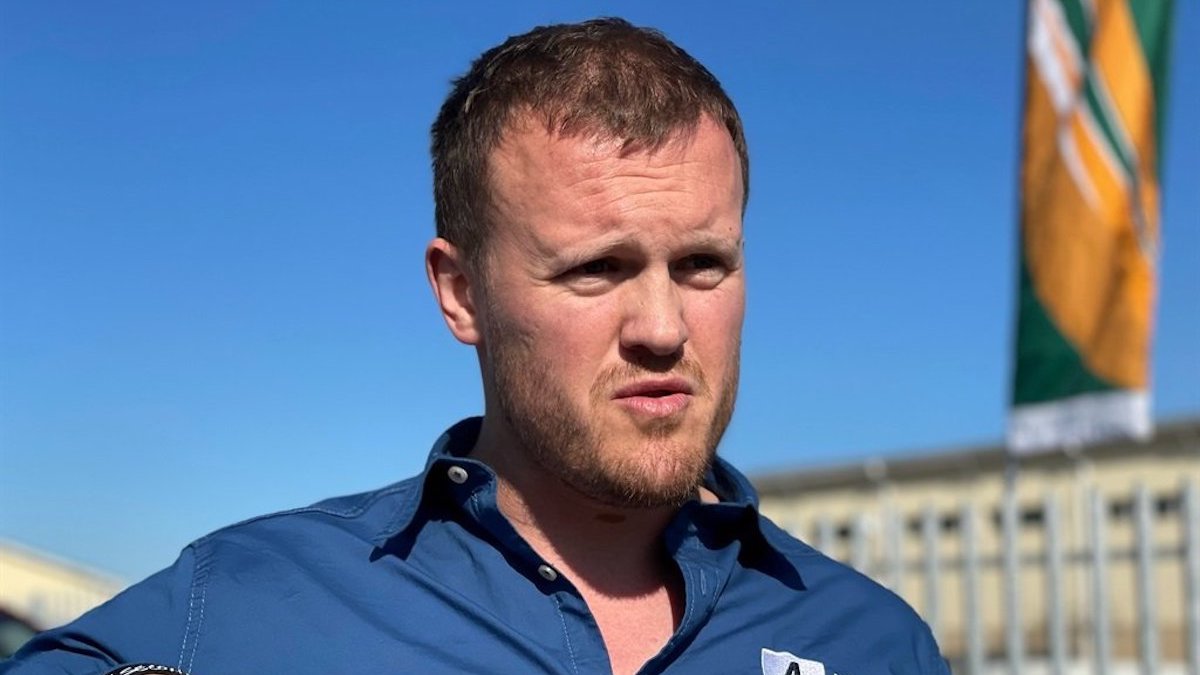 BizNews last spoke to Action Society’s director of community safety, Ian Cameron, three months ago in the wake of his refusal to cower to police minister Bheki Cele at a community meeting – and things have really blown up for Action Society – in a good way. Cameron, who became somewhat of a hero for standing up to Cele, has embraced the attention and used it to focus on sustaining momentum around battling social ills that continue to bedevil South African communities. A South African is murdered every three hours and 120 rapes are reported daily (a crime likely under-reported by 90%). These stats come directly from the SAPS quarterly crime statistics. Cameron also expands on Action Society’s involvement as one of nine organisations involved in the Western Cape devolution working group seeking to transfer national policing power down to a local level in that province.

We’ve actually – tongue-in-cheek – thought about giving Minister Bheki Cele an honorary membership of Action Society, because he really sped up our marketing campaign quite a bit. And I think he really opened the door for society as a whole in South Africa. On a serious note to really start speaking up, I don’t think he has had one peaceful so-called imbizo since that day. Every single time he’s been called out, he’s been challenged. And I think he’s had a pretty rocky few months, whereas from a societal point of view, South Africans have spoken up. And I’ve noticed several times where during these imbizos they were requested to keep quiet, people just said, no, we won’t keep quiet. It’s time for you to listen to us now.

On whether more people have been funding Action Society

Later this morning, we’ll be visiting the family of Mia Botha, the little four-year-old girl whose body was found yesterday just outside Paarl. And those types of cases are the cases where we really dig in and assist, whether it’s the investigation or the prosecution oversight, we assist with that process. And I think people realise the value of that after the whole Cele thing. A lot of people read up about it. They understand there is a real need for oversight, you know, the amount of dockets that go missing, cases that just go cold, that type of thing is a massive, massive problem throughout South Africa. And therefore, it seemed like people bought into the practical idea of supporting a model like this. So, yeah, we have seen an increase in membership quite a bit in funding, especially on our legal fund side, where people said, if there were to be legal action or actions and campaigns in terms of keeping government accountable, we would like to support that.

I think the most challenging thing for us is we’ve got this explosion of interest and you need to try and manage the expectation around that. That was very challenging because I literally had to say, no, sorry, we can’t help with this type of case at the moment because our core business is the following. And that made it a bit challenging because obviously, you want to help as many people as possible, but it’s physically impossible. And it also made us realise how big the problem really is. You know, we campaign about it a lot, we talk about it a lot, we visit these places, we see what happens on ground level. But you really, really felt the seriousness of the crime pandemic in South Africa after what happened, because people really spoke up and they sent us every single type of complaint you can imagine.

So in layman’s terms, it’s basically transferring or moving power, (policing power) down to local or provincial authority. Remember, the South African Police Service is a national entity. It’s an entity that’s managed by national government. It’s under the strategic leadership or so-called strategic – I don’t think there is much of a strategy at the moment  – of national government. Devolution basically means that power can be transferred, let’s say, transferred, to provincial or local government. So in a Western Cape context, it means that provincial government would have more say over policing, would have more influence with policing. It also means that budget wise, probably more money would stay in the Western Cape. As well as, for example, the Metro Police and then yeah, it’s something that we believe in, decentralised policing is a very normal phenomenon that we’ve seen across the globe. Centralised, almost Victorian-style policing from the seventies and sixties doesn’t work anymore. Policing has become an accurate science and a decentralised one at that.

I think it would be as poorly run. I think people would just be bombarded by their populist socialist rhetoric. You know, they’re constant, banter about empowering the people and being a party of the people, but actually being so far removed from reality that they just live in complete denial. So I don’t think that it would be much of a difference. But that being said, that it’s political now seems like a fact to me. You know, I think they are deliberately resourcing the province poorly because it’s the opposition government that runs the province and most of the local government in the province too. And I can see that on ground level. Let me give you an example. About two, or three weeks ago I was in Heideveld and in Manenberg. And I can tell you now that every time I’ve been in one of those hectic gang violence, or renowned gang violence areas, I have seen in broad daylight police operations going on but here’s the thing: they weren’t SAPS operations – every single time I was there it was Metro police operations. They were working in conjunction with provincial traffic, or local law enforcement or local traffic, but it was never a SAPS operation. In fact, in some of those areas you never even see a SAPS vehicle.

And here’s the unique thing. I believe for the first time about a month ago, that was the first time there was a real line drawn in the sand when the city of Cape Town said, we will not negotiate with terrorists. They said this regarding the taxis, you know, the unlicensed taxis that were operating. And then these taxis were impounded. And then a lot of the drivers became violent and they set some buses alight and closed some roads. That’s a very, very important point to consider because for the first time that I’m aware, in the last 15 to 20 years, a local law enforcement institution said, we will stand our ground, we will not negotiate with terrorists, and we will not allow you to keep our city hostage. And that has not ever happened in South Africa. So even though official devolution hasn’t happened, that alternate or alternative reality is already being created by local government saying: we are stepping in because national government has failed.