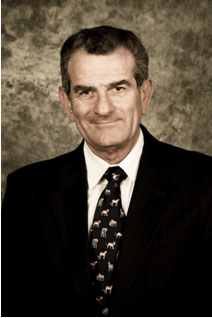 I saw your interview on Carte Blanche. NUMSA’s President needs to be seriously confronted with the facts. I agree with you that SEIFSA, NEDLAC and other employer bodies have seriously been at fault for not informing and confronting the unionists with what is really happening.

However, on the compassion front: I cannot agree.

Most business owners have had a lot of compassion for their staff.

…but the violence and intimidation has stopped that. It’s all now down to a matter of rules!!!!!

I was the very first case in the industrial court and the manner in which Martin Brassey and  Halton Cheadle (NUMSA’s legal team) connived against me as an employer, forced me to have no compassion at all.

In similar vein, the damage done by NUMSA not only by their strikes (violence and intimidation)  but also by the constant communist/socialist diatribe has turned business owners from having any compassion.

There can be no compassion when there are only demands, threats, violence, intimidation, loss of business, unreasonable demands, truculence, laziness, lying, stealing, cheating, and a non-cooperative workforce.

The labour laws are now so heavily loaded in favour of the unions that even the MEIBC is saturated with unionists. (SEIFSA just looks after the big boys, Macsteel, Trident, Bell Equipment, Genrec etc)

80% of business owners would leave the business if they could.

Bring to the table the whole CCMA structures- which are totally in favour of Workers.

The union have no compassion at all for the 8 million unemployed, under-employed and those that have stopped looking

Why on earth should bosses have any compassion when they treat their jobs with such disdain and such violence.

Their actions just make it worse for the 8 million.

If unemployment was at 10% the comment on compassion would have an argument but not when they destroy jobs every three years and threaten employers at every turn they can.

No business owner will employ when there is a constant threat against them!! It’s like working with a gun to the head permanently!!

How long do we want this to continue??

It’s time for you as well-not just to say that we will face a down-grade, but also to say to government that unless it deals with the unions like Germany did (when it was the sick man of Europe), there will be no industry.

It’s also time for the media to wake-up and stop supporting the destruction of industry!! Have never seen an interview with any group of engineering bosses!! Only BMW had the guts to say there is a STOP!!

Thank you for your comments on my interview, as well as the other informative pieces I have been receiving from you.  As for my comments on compassion, you more or less hit the nail on the head when you referred to the “big boys”.  I totally agree with you that small businesses deal with their workers with much compassion and really try to look after them.  What I mean about lack of compassion effectively refers to bit businesses who not only go about trying to maximise profits in order to enrich their executives with handsome and in my view excessive rewards, often obscene, but also trample over small businesses and their space in order to get to where they want.  I am a small business owner and I know.