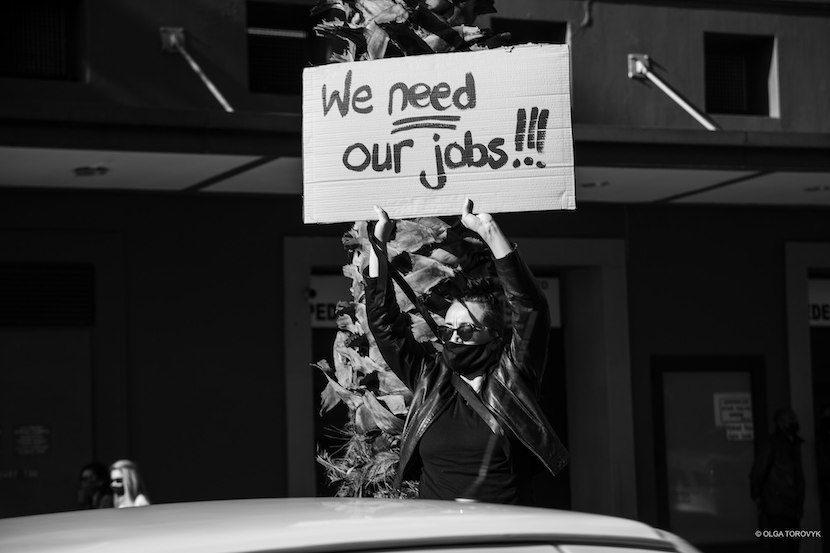 In a recent interview with BizNews (watch or listen below), author and businessman GG Alcock told Alec Hogg that while SA’s unemployment numbers are tragic, they don’t take the large informal sector into account. “It’s a tragedy that unemployment is so high, [but] it’s not a true reflection. Other forms of income generating activities –  backroom rental, for example – is a R20 billion a year sector in townships and certain rural areas. That’s money that people – who may be formally unemployed – are earning. That is not measured in our numbers.” Below, John-Kane Berman (former CEO of the IRR) shares his thoughts on Alcock’s perspective. “Mr Alcock is correct in his assertion that the informal sector is “huge”. But he is wrong to claim that employment in this sector is “unmeasured,” writes Berman. Under the former CEO’s mail is a reply from Alcock.

Your newsletter suggests that South Africa’s high unemployment figures are “bunk”. In supporting this, you cite your interview yesterday with GG Alcock, in which he repeatedly makes the claim that Statistics South Africa’s figures do not measure the “invisible, informal, unmeasured” sector. Mr Alcock asserts that if employment in this sector were to be taken into account, unemployment would be closer to 15% than the current official figure of 34.4%.

A further breakdown of informal (non-agricultural) employment shows that these jobs are in mining, manufacturing, utilities, construction, trade, transport, finance, and community and social services. Two years ago, in answer to a query from the Institute of Race Relations (IRR), Stats SA said that the informal economy accounted for around 6% of GDP.

I have not said the figures are bunk and I did say that the Stats SA figures include the informal sector (although I said I was unclear how they defined this). But I said – and stand by – the assertion that Stats totally under-measure the informal sector for a few reasons:

There are many other factors I can highlight.

I stand by my contention that the employment figures of informal sector jobs are under-measured by a substantial factor but admire John’s confidence in Stats SA’s measure of the informal economy.