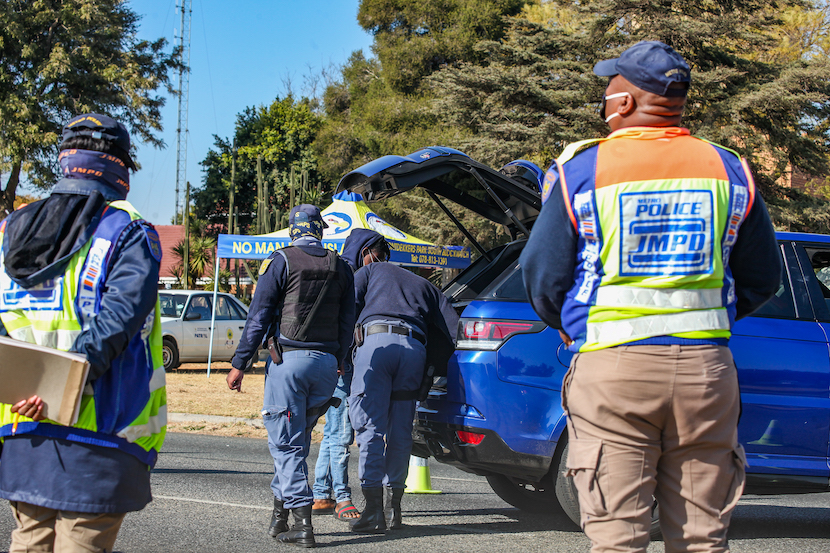 On 1 February 2022, at approximately 22h15, I was driving along William Nicol Drive in a southerly direction from Witkoppen Road towards the N1 highway. About 100 m past Leslie Avenue (I would estimate this to be about 100 m from the BP Garage), I noticed a JMPD police car on the left-hand side of the road with blue lights flashing. There was no sign of police officers or other people, and the area was in shadow and not well lit.

One of your officers shone a very bright white light (maybe one of those camping lights called a Lenser?) from the verge on the right-hand side as I approached. It was extremely dangerous for me as I had already changed to the right-hand lane to pass the obstruction ahead: the police car that was blocking the left-hand lane. For a moment, I thought the light was from a motorcyclist with his brights on and moved back into the middle lane in case he proceeded on the wrong side of the road.

As I passed the lights, your JMPD officer appeared and shouted abuse at me. He did not indicate in any way that I should stop so I proceeded onwards to the highway. I could easily have hit and killed him had I remained in the right-hand lane. This is dangerous and utter stupidity. What was he thinking by moving from the verge and blinding me the whole time? Perhaps he was drunk on duty and had no appreciation of the hazard he caused?

You need to find out who was on duty in that area on 1 February 2022 at 22h15 and instruct these officers in basic road safety and how to avoid causing an accident.

I state for the record that I was not speeding; my 22-year-old Voyager is a cruising vehicle and not a racing car. I was also not out drinking. I was returning from harvesting a beehive in Chartwell until 21h30 and left that area at about 22h00 to return home. One does not work with bees while under the influence of alcohol unless you would like to be stung to death.

Fortunately, for your officer, I was completely sober and could avoid the complication of running him over with my vehicle. I am sure you will discipline him appropriately and soon. He and his team need urgent re-training otherwise they may be injured in a future avoidable accident they have caused.

Please feel free to contact me with your reply and assurance you will take the necessary steps with your officers. I am doing this as a friendly reminder of how badly the incident could have turned out. If you want to pretend that I am in any way at fault, unfortunately, we will have to do this through our lawyers and we will no longer be ‘friendly’ with you.