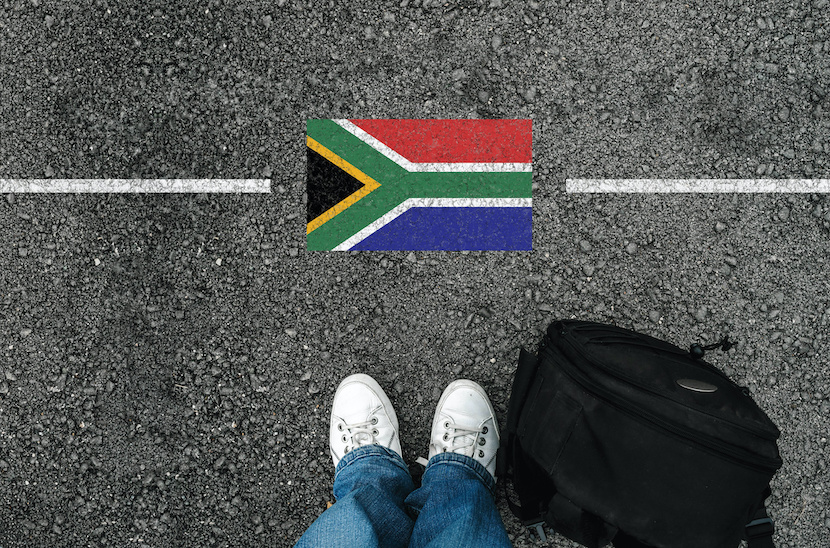 Career diplomat Anton Loubser applies his experience and knowledge to this considered contribution supporting growing agitation for breaking South Africa up into smaller autonomous units (secession). SA’s former Ambassador to Israel, who served under four presidents over 42 years draws on history to offer some compelling arguments. There is nothing more powerful than an idea whose time has come. But has this one?- Alec Hogg

As a Capetonian, born and bred in Mowbray of Riebeeck-Kasteel stock, 4th generation related to both Gen Jan Smuts and Gen JBM Hertzog, currently an 86 year old, retired ex South African professional diplomat (never a political animal), I had the privilege to serve, from 1958 till 2000, at the Head Office of the former Department of Foreign Affairs, and during that period from time to time abroad in a diplomatic post. During my entire career, I had to deal with reactions to the apartheid policy of the country I had to represent. As a loyal diplomat and silent professional witness, I had the duty to obey the prescripts and regulations imposed by a Constitution which had been shaped years earlier to serve the national State and Party, as well as policy and greed (related to monetary or glorification), regrettably unfortunately supported by lack of insensitivity and callousness. Earlier opportunities to address the issue of a more appropriate Constitution were missed in 1910 subsequent to the Anglo Boer War, and once more in 1996 after the demise of apartheid. Alas, the misery that befell many individuals, artists, sportsmen-women, authors like Breyten Breytenbach and his ex wife Yolande (personal friends of mine and my wife), and the overall economic and social disorder which resulted from an inappropriate fundamental Act brought me to the point, now that I enjoy the freedom of speech during my senior years, to break the silence.

Our Constitution of 1996 is a model document and would have been appropriate to serve any model democratic society. It was composed by well-intentioned representatives to get rid of apartheid as soon as possible. It is praised by model democratic States, world-wide. But the document remains a flawed relic of the wrongs of the past, having its original ‘modern’ shape since British colonial days. The Republic of South Africa as a national entity has never and will never be a model democratic unitary State if it has to rely on its present Constitution. Geographically, it is just too large, culturally and emotionally too varied to be administered properly and successfully. Any government has the duty to strive towards governing the community it is supposed to serve to ensure their happiness and welfare. If it wasn’t for our sunny climate, currently the South African population must be one of the most unhappy peoples in the world. Anyone who disputes this fact lives in denial, and entertains some or other selfish agenda..

I was stationed as Third Secretary in Paris, France 1961 – 1965, and experienced the French/Algerian crisis pertaining to the tragic fate and lot of French citizens and loyalists in Algeria; and eventually as Ambassador in Tel Aviv, Israel, 1986 – 1988, and had to witness the unsolved status and rape of the State of Palestine, to be followed by the Second Intifada and an ever smouldering uprising.  I had the privilege of assignments in Belgium, 1970 – 1976 and Denmark, 1988 – 1991, two rather small geographic regions, both fairly homogenic, culturally, economically and administrative entities. The cultural differences in Belgium have been successfully addressed constitutionally. And subsequently, pursuant to several stints as Chief of Protocol of DFA, serving Presidents PW Botha, FW de Klerk, Nelson Mandela and Thabo Mbeki, and my South African diplomatic career, at the end of 2000, I had the singular privilege of serving for more than seventeen years (2004 -2021) as Honorary Consul General of one of the smallest and most democratic countries of the world, the Republic of San Marino. It is a mountainous enclave surrounded by Italy, only 61m² in size with a population of ca 33 800 (2021). Thanks to its hardworking and enterprising people San Marino holds its own as a completely independent country since it gained its independence in 301 AC from the Roman Empire.

I am a staunch supporter for the call for an independent status, legally constituted of the Western Cape, and/or any similarly minded well-considered South African areas, also legally constituted. This is not a new development, but an echo of ignored and by-passed wisdom of the past. Refer to the proposed original solutions submitted by one of the best colonial Governor Generals of the Cape, Sir George Edward Grey (1858), his successor the singularly judicious Sir Henry Barkley whose intervention during the early 1870s contributed in no small way to the Cape’s success in gaining self-government from the Crown on 29 November 1872, and the British Secretary of State for the Colonies, Lord Carnarvon (in the 1870s), whose well-considered and well-advised proposals for Cape independence and the possible eventual establishment of a Federation or Confederation had been shelved at the time. Already at that stage, variable British colonial attitudes, short-sighted considerations and selfishness of strongly minded and loud-mouthed local politicians and interest groups (e.g. Transvaal residents fearing the Cape’s liberal policy pertaining to the vote), served to impede and derail proposals that eventually could lead to a federal constitution.

I have no personal agenda or political affiliation in addressing this issue, except that I am concerned about the future of my children and fellow residents of this country. Indeed, it calls for a major serious effort to address the possibility of secession, and perhaps eventually the creation of a federal framework. But the task should no longer be shoved onto the back burner. We have to tackle the task of re-molding the Constitution without further delay, if we wish to avoid any future unpleasant incidents. We have knowledgeable academics, local people with technical and practical knowledge of the wide range of relevant issues, as well as support of an international audience and assistance of parties who should approach the task from an angle that should be totally South African.  And the role of the media remains all important to promote the exercise.

Small can be better, but secession is no easy task