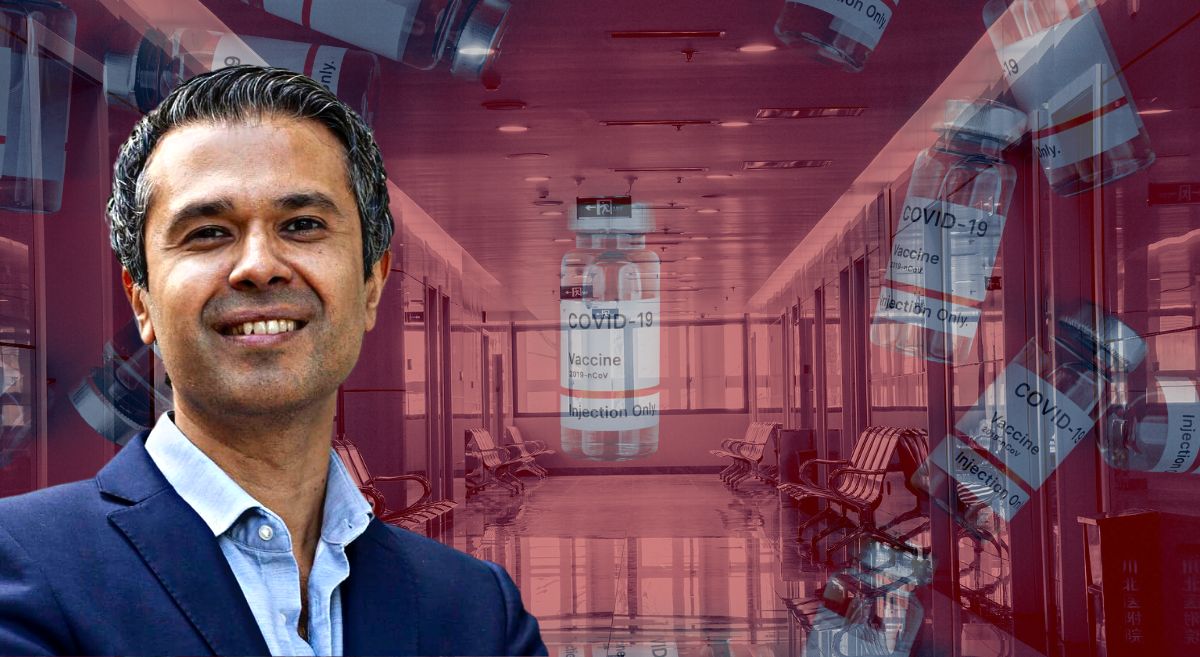 Below is an email received from BizNews community member, Dr Duncan Du Bois, commenting on the article ‘‘Covid-19 vaccine administration must stop’ – Dr Aseem Malhotra’s MUST READ paper on mRNA vaccines’ published on BizNews.com on 26 September.

While one welcomes Dr Aseem Malhotra’s initiative in condemning the dispensing of Covid-19 so-called vaccines and urging that the process is immediately suspended (BizNews article, 26 September), one wonders where he has been since other members of the medical profession raised red flags on the issue nearly two years ago.

In October 2020, 60,000 medical scientists and doctors endorsed the Great Barrington Declaration condemning lockdowns, mask wearing and vaccines for the treatment of Covid-19. To date 932,800 people have endorsed that Declaration which was authored by three very eminent medical scientists from three very eminent institutions: Dr Martin Kulldorff of Harvard, Dr Sunetra Gupta of Oxford and Dr Jay Bhattacharya of Stanford.

How come Dr Malhotra did not come into contact with any of them and commence his mission against the so-called vaccines earlier?

In May 2021, Dr Peter McCullough, renowned epidemiologist and cardiologist with 600 peer-reviewed articles to his credit, told the US Senate that dispensing vaccines for Covid-19 was “too risky” as the trial periods had been insufficient. He recommended a further 30 months of trials because data on the side-effects of the drug – that’s what it is – were largely unknown.

In that connection, it does not say much for Dr Malhotra’s training that he went ahead and was double vaccinated in January 2021, despite the absence of long-term knowledge of the effects of the vaccine.

In any event, Dr McCullough backed up his concerns about the so-called vaccines by citing the statistics compiled by the CDC known as VAERS – the United States’ vaccine adverse effects reporting system. Although known as a passive reporting system which captures only some 10% of actual adverse effects, for the period 14 December 2020 to 7 May 2021, there had been 190,000 reported cases of adverse effects and 4,057 deaths.

By August 2022, Germany’s largest health insurer, Techniker Krankencasse, reported that 1 in every 25 of its clients had had to undergo hospitalisation because of side effects following Covid-19 vaccination. The UK Office of National Statistics reported that, as of 6 July 2022, mortality rates per 100,000 people among the vaccinated exceeded those of the unvaccinated and that the gap was widening. In Australia, 90% vaccinated, 70% boostered, death rates had increased by 10% compared to the pre-2021 period. In Israel, death rates are up 15%.

In August 2022, the CDC coyly began to walk back its stand on Covid-19 vaccination by asserting that there should no longer be any discrimination between the vaccinated and the unvaccinated. [How fascinating, given the CDC’s previous stand that the unvaccinated would perish].

In January this year, Pfizer was compelled by a Federal Court in the US to disclose all its data on its so-called vaccine by August 2022. Previously, and incredibly, Pfizer had refused to do so and had specified the year 2096 as the year it would release that data. If Dr Malhotra had been following the dripping out of this data in the alternative media, he would long ago have realised how risky the contents of the Covid-19 vaccine drug is. For example, of 50 women subjected to the Pfizer jab, 22 of them suffered miscarriages as a result (44%).

This entire Covid-19 vaccination experience has been fraught with medical fraud driven by Big Pharma, complicit politicians and media. It is well known that Big Pharma has made billions in profit from the vaccination campaign shamelessly propagated by governments worldwide – except in Peru and the state of Uttar Pradesh in India, which treated Covid-19 successfully with inexpensive ivermectin and/or hydroxychloroquine.