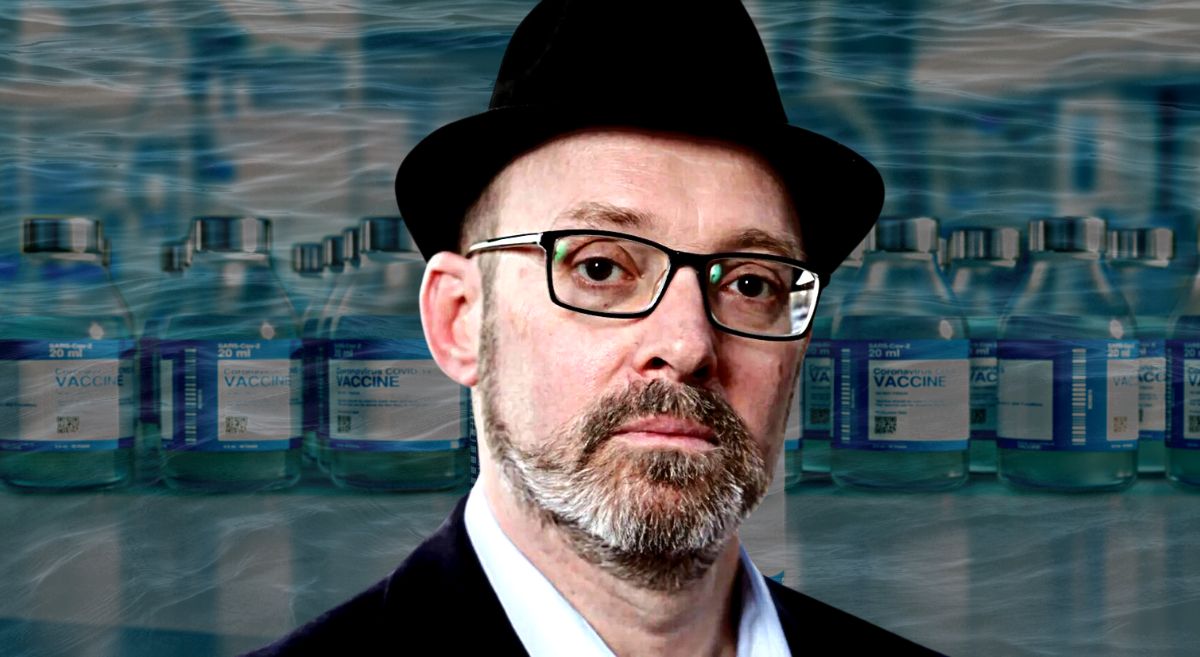 Below is an email from BizNews community member Dr Duncan Du Bois commenting on the article, ‘Let’s twist again, like we did last outbreak – Ivo Vegter’ published on BizNews.com on 14 October in which Vegter defends his vaccination stance following the recent admission by Pfizer executive Janine Small that the Pfizer Covid-19 vaccine was not tested to see whether it prevents transmission of the virus.

According to Ivo Vegter, the anti-vaxxers’ case is based on “an impenetrable web of disinformation” compiled by “anointed experts” and thus amounts to “poppycock.” For all his sound and fury, Vegter’s effusion against those he disparages as “the mob,” for their rejection of the Covid vaccines, does nothing more than place him on the wrong side of history (Biznews, October 17).

In May 2021, Dr Peter McCullough, world renowned epidemiologist and cardiologist with 600 peer-reviewed medical articles to his credit, told the US Senate that until the Covid vaccines were subjected to a further testing period of at least 30 months, he was opposed to them being dispensed.

The authors of the Great Barrington Declaration,  Harvard’s Dr Martin Kulldorff, Oxford’s Dr Sunetra Gupta and Dr Jay Bhattacharya of Stanford and the 60,000 doctors and medical scientists who endorsed the Declaration in October 2020, opposed a hasty roll-out of a vaccine along with mask-wearing and social-distancing.

In January 2022, a Federal Court judge in New York ruled that Pfizer had to publish all 360,000 pages of data on its vax by August. The fact that Pfizer had indicated to the court that it did not intend to publish the data until 2096, reeks of duplicity. Since that data has started dripping out, it has been noted that the Pfizer vax may cause more than 1,000 side-effects, have a deleterious effect on natural immunity and is life threatening, particularly to heart, lungs and liver organs.

The passive, monthly CDC compilation of deaths caused by the vaccines since December 2020 stands at 32,000. Serious adverse effects exceed 260,000. Official death rates are up 10% and 15%, respectively, in 90% vaxxed Australia and Israel. A spike in “unexplained deaths” is occurring in Canada. The UK government has banned the vaxxing of children younger than 12 following an unprecedented spike in deaths and heart problems and because belatedly the government has conceded children have natural high immunity anyway. In July the UK Office of National Statistics confirmed that mortality rates per 100,000 were the lowest for the unvaxxed and that the mortality gap between them and the vaxxed was increasing month by month.

Two months ago, CDC Director, Dr Rochelle Welensky conceded that there should be no discrimination between the vaxxed and the un-vaxxed. Previously her narrative was that the unvaxxed risked an early death. She also admitted that vaxxing did not provide immunity nor did it prevent re-infection.

None of the above constitutes “an impenetrable web of disinformation.” What has been impenetrable is the mainstream media’s refusal to allow open debate on the ordained Covid/vax narrative and its canard that opposing views and facts were “conspiracy theory and misinformation.”  Moreover, that information was available on what Vegter dismisses as the “alt media.”  Robert F Kennedy Jr’s publication, The Defender, is a highly respected source of  top researched information. If Ivo Vegter researched the funding sources of the CDC, FDA, WHO, he would find Big Pharma and Bill Gates which would explain how science has been prostituted by an agenda that is political, financial and Orwellian.

Besides his unsubstantiated bluster against the anti-vax “mob,” the only concession Vegter makes is that it is “trivially true” that Pfizer did not assess transmissibility and that the trials were “not designed to empirically prove that vaccination reduced infectiousness.”

But beyond that, in his adamant defence of the jab, Vegter omits to account for how South Dakota and Sweden did not have any change in hospitalisations and deaths during the so-called pandemic. Neither of those states imposed masks, vaccines or any of the other draconian, unscientific regulations that were forced on most other states.

The most fundamental aspect lacking in Vegter’s attempt to rubbish the anti-vaxxers is reference to the Nuremberg Code. Laid down in 1947 in the aftermath of the Holocaust and Nazi experiments on human beings, the Code prohibits medical experimentation of any sort without informed consent. It also means that no circumstances can override the abrogation of the Code. That means all governments violated the Code by promoting the jab and by imposing vax passports and other punitive measures against anti-vaxxers. It also means that South Africa’s State of Emergency did not legitimise violation of the Code and therefore was unethical and illegal.

The Covid-19 pandemic that never was, which saw 99% of those infected surviving, produced an overall mortality rate of 0,04%, ignored natural immunity and  unnecessarily wrought far more socio-economic and psychological damage than the virus itself, has now  given way to the real pandemic: the deleterious effects of an untested drug concoction promoted as a vaccine which hundreds of millions of people were coerced into accepting in blatant violation of the provisions of the Nuremberg Code.

German philosopher Arthur Schopenhauer’s observation puts Vegter’s rant in perspective: “All truth passes through three stages. First, it is ridiculed. Second, it is violently opposed. Third, it is accepted as being self-evident.”