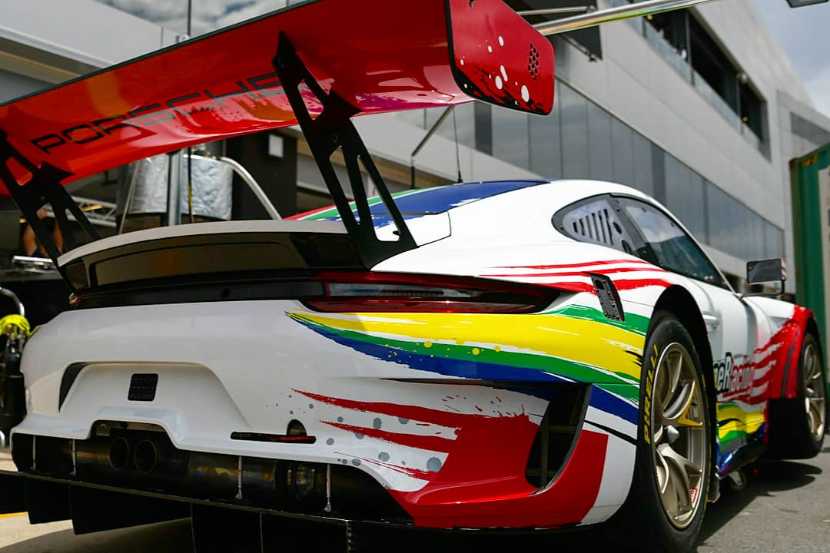 This coming weekend sees the return of international motorsport to the Kyalami Grand Prix circuit, South Africa’s premier race track. It’s also the return of an iconic event, being a 9 hour endurance race the likes of which was last run in 1982.

Eighty four drivers head to Midrand just north of Johannesburg eager to pick up where motorsport legends Jacky Ickx and Jochen Mass left off 37 years ago when their Rothmans Porsche 956 prevailed at the original Kyalami. Now, following extensive upgrades to both venue and circuit, the 9 Hour is ready to reclaim its rightful place at the top table of international endurance racing.

But the return of a historically significant event isn’t the only talking point this weekend. The Intercontinental’s Manufacturers’ championship is still up for grabs in a fight between Mercedes-AMG and Porsche. On the drivers’ front Maxi Buhk leads a cast of seven title contenders; so there’s everything to play for this weekend.

Having visited the circuit this week to witness some of the ongoing preparations I can tell you it’s like nothing I’ve seen on local shores. Shipping containers full of equipment fill the pit lane. Tyres stacked ceiling high in rows of 10 engulf 3 or 4 pit boxes. Mechanics are either working away underneath their machines or practicing pit stops, with the rattle of tyre guns piercing the distant drone of city traffic. It’s a hive of activity that’ll only get more and more furious as race day draws nearer.

South African-born Saul Hack, who currently races for Lechner Racing in the Porsche Supercup, was hanging around in his garage for the weekend. He’s been drafted into one of Lechner’s GT cars for the 9 hour event. A quick chat with Saul revealed fascinating insights into his take on home ground advantage versus the challenge of driving a completely new car in a new series that boasts traction control and ABS brakes.

This all struck me later in the day that I’d experienced a completely new aspect of motorsport here in South Africa. The scale, level of expertise and indeed budgets far exceeds anything we’ve had on local soil and I’m terribly excited about the future prospects for the event.

Friday’s three qualifying sessions and Pole Shootout, plus Saturday’s race will be shown live across Southern Africa on SuperSport TV while an internet stream will be available on Youtube. The action is best seen live however, so if you can make it to the circuit this weekend it’ll be well worth the trip.