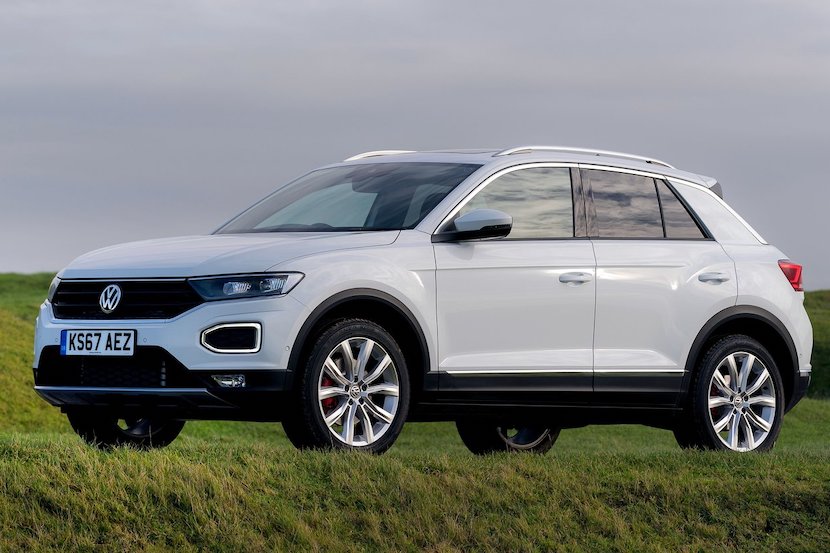 Since its introduction in 1974, the Volkswagen Golf has focused on delivering practicality, reliability and bank vault solidity to the masses. The original Mk1, designed by Giorgetto Giugiaro, ignited a dynasty which is still going. Since then, more than 35 million Golfs have been produced – quite the achievement.

The now discontinued Golf 7.5 wasn’t only one of the best cars in its class, but one of the best on the market. Classy styling, a refined driving experience and superb interior quality cemented the reputation as a sensible, attainable hatchback that was aspirational too. Part of the Golf’s success is that it appeals to so many people. In each generation, buyers could choose from value-minded models, economical diesels, luxuriously equipped variants or the sporty GTI/R siblings.

As South Africa eagerly awaits the introduction of the eighth-generation Golf, those looking for a midsized VW will have to make do with the T-Roc. Our test unit, a 1.4TSI Design, was finished in Pure White and sported 17-inch ‘Mayfield’ alloy wheels. While the T-Roc is rather handsome, a brighter shade (like Ravenna Blue or Flash Red) would flatter the bold styling far better than the demure white.

Step inside the spacious cabin, and it’s far more conservative than the eye-catching exterior styling would suggest. The cloth-trimmed seats are comfortable and offer plenty of support. Surprisingly, the T-Roc makes do without the soft-touch plastics that you’ll find in a Golf (or indeed Polo Vivo). In their place are hard plastics that have no business in a car that costs nearly R500 000.

Still, the interior controls are at least logically placed and there seems to be plenty of standard toys. The leather-trimmed steering wheel boasts audio controls, while the centre console is dominated by Volkswagen’s Composition Media radio and App-Connect. Everything is operated via an intuitive 8-inch touchscreen. Two USB-C ports are also standard. Dual-zone climate control and parking sensors (front and rear) also make the cut. If you want to add a personalised touch, a host of options like the panoramic sunroof (R13 400) and LED headlamps (R13 850) are available.

The boot measures 445 litres (1290 with the seats folded down). This is considerably larger than rivals like the Hyundai Kona (361 litres) and Mitsubishi Eclipse Cross (378 litres). Passenger space is good, even for those in the rear.

Fire up the 1.4-litre turbopetrol and the engine emits an almost sporty note. The powertrain is nicely refined, with no vibrations permeating the cabin. The T-Roc 1.4 TSI feels sprightlier than the 110kW and 250Nm of torque suggests. This is thanks to the fast acting eight-speed tiptronic gearbox, that shifts through the gears with immense efficiency and plenty of smoothness. This allows the crossover to apply its power quickly, while still maintaining reasonable fuel efficiency.

It does take some getting used to, though. Measured pressure to the accelerator pedal is needed, as it can take off from intersections or stop streets with more gusto than intended.

The stop/start system – normally an annoyance in most cars – deserves praise, too. Not only is it discreet, but quick to respond when needed. For a tall crossover, the T-Roc is an entertaining vehicle to drive, with quick (albeit lifeless) steering allowing for precise steering. The ride is well-chosen and strikes a fine balance between comfort and dynamism. VW claims the T-Roc can average 6.2 litres/100 km, although I managed just 7.7 litres over the time I had the car.

Like the rest of its VW stablemates, the T-Roc is a classy and competent offering that is sure to turn heads. It’s enjoyable to drive and well thought out in that typical VW way. While these are certainly all positive attributes, priced at R489 400, the plasticky interior stands out as a blunder on VW’s part. Even if that doesn’t bother you, the Golf 7.5 – on which the T-Roc is based – can be picked up (with very low mileage and comparable equipment) for nearly R100 000 less.

Still, the T-Roc has the added SUV appeal – a very important thing to the modern consumer. Personally, I’d go for a demo-model Golf 7.5 – but if you want a T-Roc, nothing else will do.