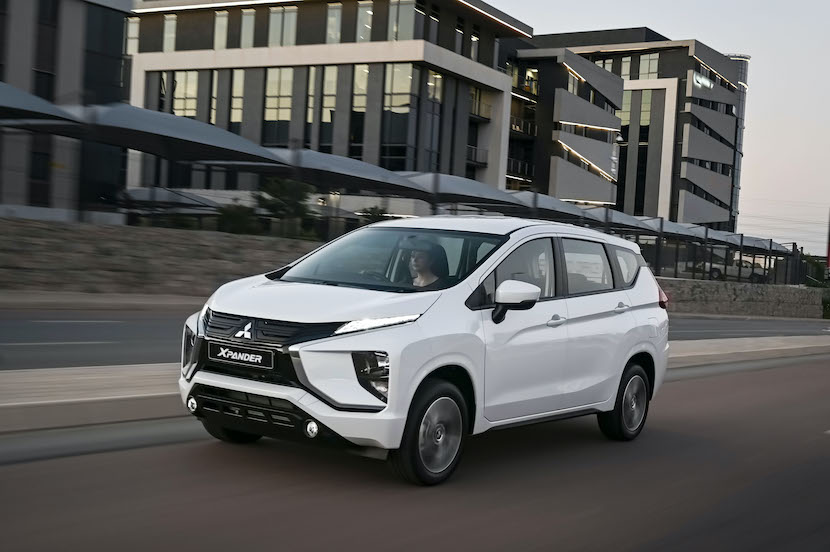 Remember the Toyota Venture? For many years, Toyota’s slab-sided workhorse was a common sight. Often, they would be filled to the brim with boisterous school children, all clinging on for dear life as the family van leaned into corners clumsily. Apart from the Volkswagen Microbus (and the posher Caravelle), there weren’t many choices for families with a crowd of children.

That all changed in the 90s, when brands went MPV-crazy. Renault, for example, was spurting them out at full speed – at one stage, you could choose between a Scenic, Grand Scenic and Espace. Most followed suit, with car makers all vying for a slice of the ‘school-run mobile’ pie.

But then, suddenly, the MPV fell out of favour with trendy parents. The SUV took over and has been at the top ever since. Now, lofty crossovers and mud-pluggers roam residential suburbs in their droves, virtually killing off other segments – including sedans. Still, the MPV enjoys relative popularity with practical parents (and ride-share drivers) who want the most versatility for their buck. A number of options are available, such as the Suzuki Ertiga and Toyota Avanza. Keen to cash in on the success of the aforementioned rivals, Mitsubishi has introduced their competitor, the Xpander, to SA.

While style is subjective – and not really of importance when it comes to vehicles such as this – it’s hard not to mention the Xpander’s polarising looks. Wearing the new Mitsubishi face (which works exceptionally well on the ASX), the newcomer certainly splits opinion. Many were positive about the front end, applauding the distinctive styling treatment. Some, however, weren’t as complimentary. 16-inch alloy wheels and metallic paint are, at least, standard.

Inside, you’ll find a touchscreen in the middle of the fuss-free dashboard. Among its features are various media options, including Apple CarPlay, Bluetooth and USB functionality. Sited below the screen are the climate controls. Following the theme of simplicity, the air-conditioning is easy and uncomplicated to operate. Other standard features include a reverse camera, along with two airbags and ABS brakes with EBD.

Interior space is where the Xpander excels – it is truly cavernous. There is plenty of headroom courtesy of the high roofline. The rear quarters are arguably what you buy a car like this for – and in terms of passenger space, it doesn’t disappoint. The notably long rear doors make access to the third row easy, where a set of fold-flat seats can be found. When in use, there is enough space for children (or smaller adults) to sit in relative comfort. When they’re not in use, fold them into the floor and you’ve got 781 litres of packing space.

The middle row is plenty spacious and recline for added passenger comfort. What’s more, rear occupants are treated to their own air-supply controls. All seven seats are trimmed in a velour-like cloth upholstery. The front seats are comfortable and offer decent support. With both rear rows of seats folded flat, the Xpander offers up a sizeable 1,608 litres of packing space. It’s worth noting that the rear most seating stows away neatly and with ease.

The interior plastics appear to be hard-wearing, but there are one or two trim pieces that feel a touch flimsy. Other than that, the Xpander feels solid overall. On the road, the seven-seater is comfortable, the stout tyres providing an absorbent ride that is on par with the Ertiga and better than the Avanza. The 1.5-litre, four-cylinder petrol engine provides middling performance and sufficient refinement, eventually fading into the background at motorway speeds. However, the four-speed automatic transmission has a rather annoying trait – it changes up at higher revs (often between 3 000 – 4 000 r/min). This results in engine noise from the 77 kW/141 Nm motor permeating the cabin.

The steering is light, but somewhat vague – to be fair, this is a criticism that can be levelled at the Mitsubishi’s rivals, too. 205 mm of ground clearance does provide some confidence when venturing onto a gravel road or muddy field. Mitsubishi claims a fuel economy figure of 7.0 L/100 km for the automatic derivative. During my time with the Xpander, I managed to average 7.4 L/100 km – an impressive figure nevertheless.

As a load-lugger/people carrier, the Xpander is eminently capable. It has a lengthy list of standard specification and a comfortable ride. But it isn’t without its flaws, though – it’s relatively frugal and performs decently, but a more modern five-speed gearbox would increase the self-shifting Xpander’s appeal immensely. Also, priced at just under R320,000, the Xpander should be equipped with stability control. At this price point, only the Avanza offers this safety feature.

Other small niggles aside, there is much to recommend here for buyers looking for an unpretentious MPV that offers plenty of space and practicality. At R20,000 less, I’d consider the five-speed manual model. Not only is it cheaper to buy, but lighter on fuel and, most likely, more satisfying to drive.

Popped out for some essentials in the recently introduced @mitsu_motors Xpander 1.5L AT. At R319,995, it competes with segment stalwarts like the Ertiga GLX and Avanza SX. It’s certainly spacious, and stands out from the crowd with distinctive styling. pic.twitter.com/GmSc577WmH