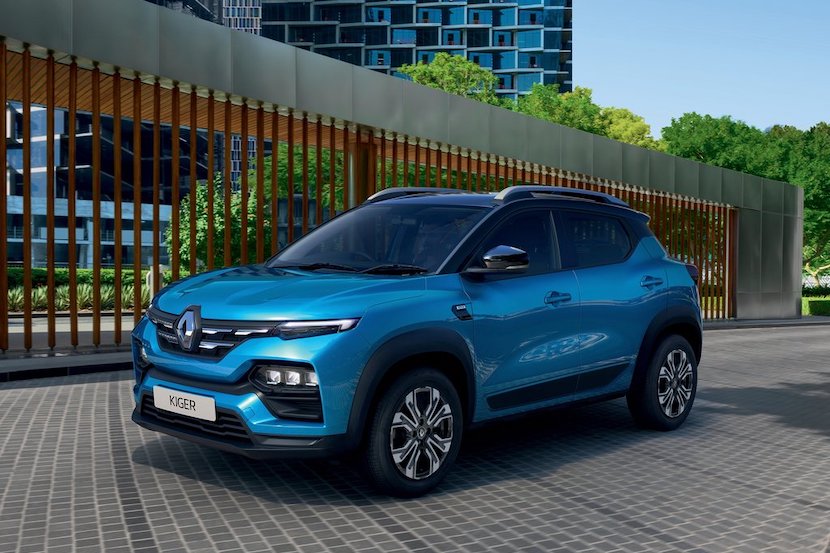 The compact crossover segment is bursting at the seams. Just in the past year, a slew of offerings have flooded the local market, all promising style, plenty of features and, most importantly, value for money. A quick glance at South African roads will give you all the information you need. All of them, from the Suzuki Vitara Brezza to the Kia Sonet, populate suburbia and multi-storey car parks.

With a keen eye on value-for-money, Renault has, in recent years, brought out a broad range of affordable models. The Kwid and Triber, for example, continue to sell well. Slotting just beneath the Clio, the ageing Sandero (and its crossover sibling, the Stepway) formed part of this budget range. More than a decade later, it was starting to show its age. While the second-generation Sandero will continue to be sold elsewhere, Renault SA has decided to replace it with the Kiger, an Indian-sourced crossover.

If you’ve spent anytime in contemporary Renault products, the interior will have an air of familiarity. Digital dials are an upmarket touch; their appearance changes with the various driving modes (Eco, Normal and Sport). The cloth-trimmed seats are, for the most part, comfortable but a touch more lower back support would be appreciated.

From behind the wheel, it is easy to dial in your preferred driving position, courtesy of the height adjustable driver’s seat but the three-spoke steering wheel is adjustable for rake only. At this price point, manufacturers tend to eschew soft-touch materials in favour of harsher plastic trim. The Renault is no different but doesn’t match the Kia Sonet and its overwhelming sense of solidity. The cabin is enlivened by lashings of piano black trim.

Apart from the curious omission of cupholders up front – there are two in the rear armrest and bottle holders in the door cards – the interior of the Kiger is practical. Two glove boxes provide plenty of storage space up front and the supplementary central storage bin (under the driver’s armrest) affords extra capacity.

While it measures a compact 3,991 mm from stem to stern, the rear seats are notably spacious, with plenty of knee- and legroom for passengers up to 1.8m tall. The Renault boasts best-in-class luggage capacity, with a 405-litre boot. This bests the Sonet at 392, Magnite at 336 and Vitara Brezza at 328 litres, respectively. Fold the rear bench down and a capacious 879 litres of utility space is up for grabs.

The drive is a bit of a mixed bag. The 74 kW/160 Nm 1,0-litre three-cylinder turbopetrol engine performs well, providing decent in-gear acceleration. Not content with being a one-trick pony, it is efficient too. When equipped with a five-speed manual  ‘box, Renault claims the Kiger Turbo can achieve a frugal fuel consumption figure of 5,0 litres/100 km. Over a week of traffic-heavy commuting, I managed to average a still-impressive 6,3 litres/100 km.

The aforementioned gearbox isn’t as slick as Vitara Brezza’s. That being said, it’s easy enough to row through and, with a R20,000 saving over the CVT-equipped model, is the better buy. The Brezza is certainly the most fun car to drive in this class with its willing engine and beautifully balanced steering. The Kiger, in comparison, feels numb.

For the most part, the ride quality is adequate. The Kiger isn’t perturbed by most potholes and road irregularities, but the crossover does get flummoxed by a succession of bumps. Motorway refinement is commendable for this segment, the powertrain settles down at high speeds. It is worth noting there is a touch of wind noise and tyre roar, but that’s par for the course in this class.

Perhaps its biggest drawcard is its appealing price point. Despite the long list of standard features and safety equipment, the range-topping Renault, at R274,900, undercuts rivals by a significant chunk. A similarly equipped Vitara Brezza, for example, will set you back R293,900. The exterior is a visual treat and, although some of the cabin trim may not feel quite as sold as some rivals, it is lavishly equipped and the Kiger is also one of the best lookers. Still, the middling driving dynamics are a blemish that cannot be ignored. If you’re looking for a crossover with plenty of kerb appeal, a bouquet of standard features and impressive interior space, the Renault Kiger may take your fancy. Yet, as an all-rounder, the Kia Sonet remains the leader of the pack.

Driving the @Renault_SA Kiger 1.0 Turbo Intens. Quirky styling gets a thumbs up, really unique. For R274 900, you certainly get a lot of spec. Keyless entry with push-button start, LED headlamps and stability control are all standard. Ride could be a touch better, though. pic.twitter.com/x7IcpncuFP