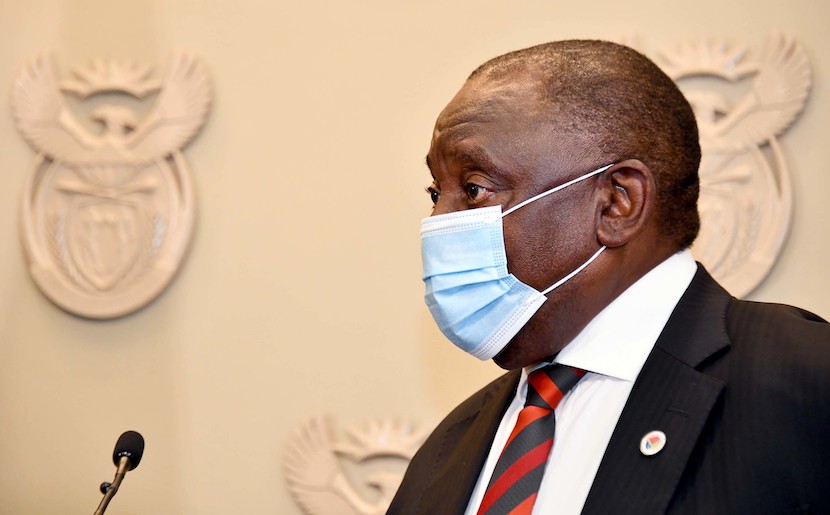 Experts predicted that the Covid-19 pandemic would hit South Africa much harder than it has. The country’s ongoing struggle with Tuberculosis and HIV has given it an edge of preparedness that other developing countries do not have. The country has nine labs capable of safely handling dangerous live pathogens, while some countries don’t even have one. What South Africa didn’t have at the start of the pandemic was a strong economy. The pandemic has magnified decay that had been eating at the country for decades. The latest ‘ What worries the world’ report by Ipsos shows that South Africans have a unique view of the pandemic. The scourges of crime, corruption, inequality and unemployment are still more frightening than the disease that has swept the globe. The Daily Friend unpacks the realities of living in SA during the pandemic. – Melani Nathan.

SA has more to worry about than Covid-19

The dire state of the economy is giving South Africans more to worry about than the global pandemic.

This is among the findings of the latest Ipsos What worries the World Report. South Africa proves to be an outlier, as the overall majority of countries surveyed indicate that Covid-19 is their biggest concern.

Ipsos asked around 20 000 adults in 27 participating countries about 18 points of stress.

Respondents had to select three topics out of the listed 18 that they were the most worried about. Nearly half (47%) of respondents across the world said that Covid-19 was their top concern.

More than half of the people surveyed in the United States, Netherlands and Germany indicated that they were the most worried about Covid-19 while around two thirds in Malaysia, Great Britain and Canada were concerned about the pandemic.

South Africa, on the other hand, does not share the same concerns about the pandemic as the rest of the world.

Covid-19 did not even make it into South Africans’ top three concerns. In fact, it was listed as only the fifth most worrying issue, with 24% surveyed in the country saying the coronavirus is one of their biggest worries.

This is a striking finding, given the discovery that South Africa is home to the new and more infectious coronavirus variant, N501Y, and the news that South Africa has had to pause the roll-out of the 1 million AstraZeneca vaccines it received because tests showed it provided only minimal protection against mild cases of Covid-19 caused by the new variant.

Despite these risks, South Africans have bigger concerns, the report shows.

The Ipsos survey finds that South Africans are the most concerned about unemployment and corruption, with 59% saying that lack of jobs and corrupt practices are the biggest issues facing the country. This is followed by crime (58%) and poverty and social inequality (29%). Worries about Covid-19 come next (24%).

When one takes a deeper look at the number of socio-economic crises that face the country, it is easy to see why a major pandemic may not be too much of a concern for South Africans.

Before the arrival of Covid-19, South Africa’s expanded unemployment rate hovered around 40% in 2019. For young black people, the situation is even more hopeless. Nearly half (49.1%) of black South Africans between 25 and 34 are unemployed.

South Africa’s regulatory framework, and its poor performance in education, also make it difficult for businesses – especially small- and medium-size businesses – to employ people. According to the Global Competitiveness Report, South Africa is one of the lowest-ranked countries when it comes to the quality of vocational training, the skill set of graduates, the time it takes to start a business, the burden of government regulation and hiring and firing practices. The National Minimum Wage, which makes labour expensive and therefore makes small business reluctant to employ more people, is set to increase further in 2021.

Corruption is also a serious problem and will continue to be so in the long-term. South Africa’s position on the Corruption Perception Index (CPI) fell drastically between 2007 and 2018. In 2007, South Africa was ranked as the 43rd in the world on the Index. But by 2018, the country’s ranking had deteriorated by 30 places, to 73rd.

The extent of corruption was also highlighted by the exposure of State Capture, which has led to serious economic deterioration. President Ramaphosa noted in 2019 that State Capture had cost the country at least R500bn, while other analysts believe that the loss could actually exceed R1trn.

Yet South Africa’s fight against corruption does not enjoy strong political support. Despite making the fight against corruption one of the main messages of his presidential campaign, there have been few high-profile arrests of implicated party officials since Ramaphosa took power in 2018. A report by the Centre for Risk Analysis (CRA), A State of Corruption, suggests why this is the case.

According to the report, the ANC may be reluctant to properly clamp down on corruption as this would disrupt ‘the patronage networks upon which ANC unity depends’. The report states that ‘officials implicated in corruption traverse factional divides in the ANC’. This means that, contrary to a widely held view, there is not really a so-called ‘good ANC’ that supports Ramaphosa and his attempts to clamp down on corruption, versus a ‘bad ANC’ that opposes reforms.

The CRA estimates that 41 out of the 80 elected members on the National Executive Committee (NEC) of the ANC have been implicated in serious incidents of corruption. The 41 who have been linked to corruption are split between the Jacob Zuma and Ramaphosa camps.

Poverty and crime are also major unresolved issues. More than half of the people in South Africa are classified as poor by Stats SA. Also, nearly 80% of children in the Eastern Cape and Limpopo live in poor households. Based on the latest crime statistics produced by the South African Police Service, the country has a murder rate of 36 murders per 100 000 people. This places South Africa as one of the top ten most dangerous countries in the world. Some provinces in South Africa – such as the Eastern Cape and the Western Cape – have a murder rate as high as 58 murders per 100,000.

Covid-19 is a serious disease that has claimed nearly 50,000 lives in South Africa. It has also continued to place tremendous pressure on our already weakened healthcare sector. But the fact that South Africans are not as concerned as the rest of the world is about the pandemic demonstrates how much the country has deteriorated politically, economically and socially. South Africans truly have bigger problems to worry about.