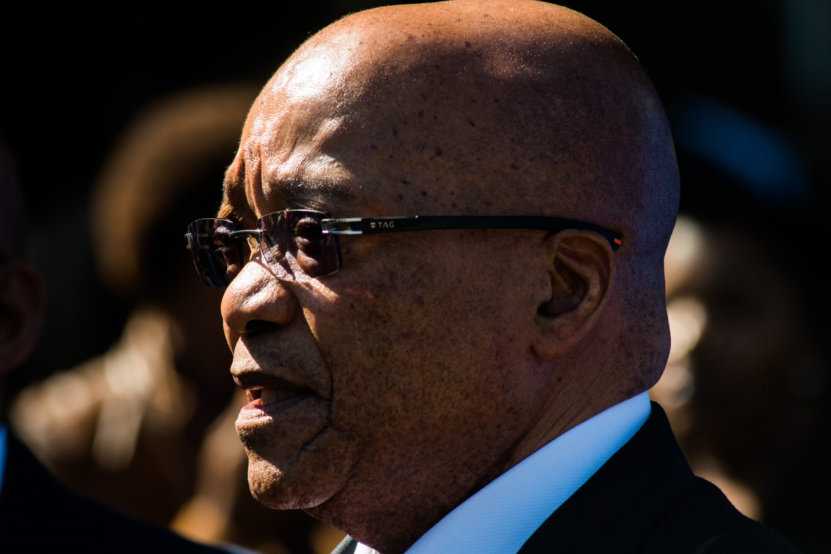 We’re talking about South Africa’s army of dirty lawyers in this BizNews podcast. Hundreds of SA lawyers are rich on the proceeds of crime – even ones who look respectable. But Paul O’Sullivan, Forensics for Justice founder, has a plan to bring many of them down. O’Sullivan has fought tirelessly to bring the corrupt and captured to book. He played a key role in putting former chief of police, and former Interpol boss, Jackie Selebi behind bars. He has shared his knowledge with the Zondo Commission, which is investigating state capture. He filed his affidavit with the Zondo Commission in August and it has now been made public. He is also working on a new book and, he tells BizNews, a strategy to hold many dirty lawyers who work for the state as well as on defence team to account for their role in supporting corruption. He wants a judicial review and Parliamentary questions to find out how much taxpayers are spending to defend corrupt public servants. – Jackie Cameron

I’ve done some fairly, shall we say, hard-hitting affidavits which implicate some fairly senior people in the National Prosecuting Authority. Also, Lucky Montana, all pertaining to Prasa. My affidavit with Lucky Montana – it’s on our website – is my criminal docket. In the criminal docket, we’ve implicated Lucky Montana in fraud and corruption to the tune of R4bn. My affidavit to the Zondo Commission that deals with Lucky Montana, goes into a lot of detail about how Lucky Montana is obviously a very gifted person. We opened that docket five years ago and he still hasn’t been hauled before a court. Our docket – and it’s there on our website for anybody to see – contains prima facie evidence.

On why certain people haven’t been arrested yet:

I’ve made it clear all along that the criminal justice system has been captured for at leat the last ten years – possibly longer. If we add the Jackie Selebi period in there as well, it’s 20 years. When you’ve got a criminal justice system which is being run by criminals, it’s very hard to bring everybody to book. I need to quality that. In the last few years, we’ve had new leadership – when I say leadership, I’m talking about the head honchos. We have a new Commissioner of Police, a new head of the National Prosecuting Authority and we have this new unit that was set up, the Investigative Directorate.

Unfortunately, the so called Priority Crimes Litigation Unit still exists. That unit should have been disbanded, all those people should have been dismissed. They’re all still in office – people like Tori Pretorius. These people were instrumental in shoring up the State Capture project and they’re still in their jobs.

On Jacob Zuma and Dudu Myeni:

The Criminal Procedure Act is quite clear. It’s crystal clear. Any person committing an offense – any criminal offence – in front of a police officer can be arrested immediately by that police officer. I’m left wondering how it is that cops stood around and watched Jacob Zuma commit contempt by walking out of the Zondo Commission and watched Dudu Myeni refuse to answer questions from the commission. She’s legally obliged to answer those questions. To answer every single question the same way is contempt. She should have been arrested. And the same with that other woman who used to be on the SAA board. I mean, it’s just a joke. You sit there and watch these people performing like that and it’s an insult to the people of South Africa.

On whether the Zondo Commission has been a waste of time and money:

I’m not saying it’s been a waste of time. We’ve certainly got some useful stuff out from it. But if a person like Dudu Myeni, the first docket I opened against her – in another six weeks – it will be six years since I opened that docket against her. It doesn’t take six years to investigate the crimes that that woman has been committing all these years. Prima facie evidence has been sitting in front of the criminal justice system for years, and nothing has been done about it.

Lucky Montana – I opened a case against him in September 2015, that’s nearly five and a half years ago. That docket is on our website, anybody can go and look at it. When you read the evidence that we’ve put there, it doesn’t require rocket scientists to realise that he should have been prosecuted five years ago. Now these people are all getting lawyers at taxpayers expense, to go and tell their lies again at the Zondo Commission. It’s just unacceptable, in my opinion.

On his next step:

We haven’t yet [gone to the high court], but we’re going to. We’re instructing lawyers now, to prepare an application for judicial review, to understand why criminals are receiving free lawyers – not just free lawyers, but attorneys, senior and junior council – to help them run rings around the criminal justice system. If you go out and rob a bank, you can apply for legal aid. Why are they not applying for legal aid? They should get what the legal aid system gives to all the other criminals.

On whether we will see Jacob Zuma behind bars:

We can all dream about it, but my gut feeling is that we won’t. He hasn’t even gone on trial yet. So, for 20 years he hasn’t even started the trial yet.

Now, if Jacob Zuma ever does go on trial, we again, as members of the public will be paying – through the taxman – for his lawyers. His lawyers will be paid handsomely to drag that trial as long as they possibly can. I suppose at the end of it, they’ll take it on appeal. You know, they’ll drag it out for another 10 years. If you look at the man, he doesn’t look like the healthiest guy in town. He probably won’t go the distance.