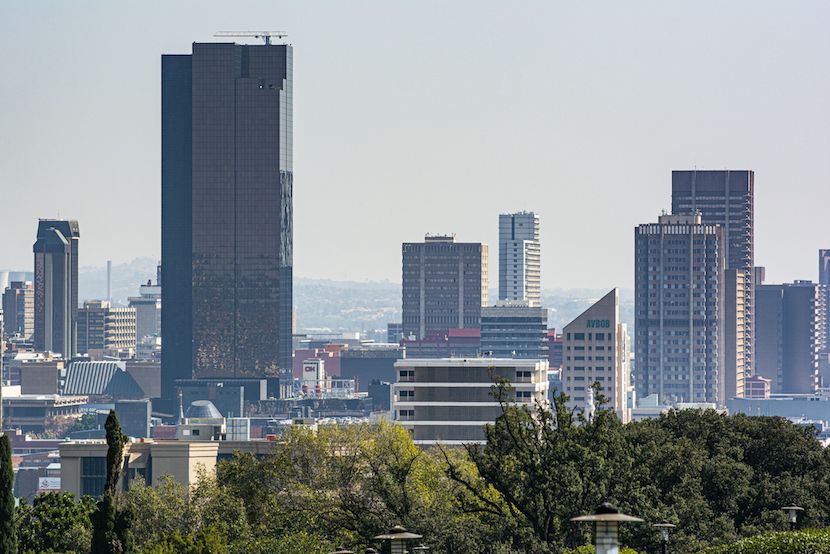 Business for SA (B4SA) is campaigning for the government, manufacturers, retailers and consumers to recognise that the growth of the illicit economy – at a similar rate to the legal economy – is a major problem. State capture weakened state entities; Covid-19 rules had the effect of fuelling illicit trade in tobacco, alcohol and other sectors. Listen to anti-crime and tax evasion activists share the granular detail of how businesses that operate outside the law are causing significant damage to the economy. – Jackie Cameron

Yusuf Abramjee on the key issues facing the SA economy:

We have to have an education process where we educate these traders to say, ‘if you’re selling cigarettes for under R20, you are breaking the law – you are not paying your taxes’. That is why I think the time has now come, for government to introduce a minimum price on items like a packet of cigarettes – maybe 30%, 35% or 40% more than the minimum collectible taxes.

So let me say in conclusion, we have a serious problem. We need to move at speed. We are sick and tired of this nonsense. I must say, some of my critics, and they know who they are, when we exposed the illicit trade – they claim to be fighters of the illicit trade – are saying, ‘did you have a permit? Did you get NPA permission to go undercover and record these people?’

We don’t need anyone’s permission to expose criminals.We will expose you at every turn. So I hope the government will take action. We now need to move with speed. I think the time has now come for us to put our words into action and to make sure that we pressurise government – but work with them at the same time – to fight this scourge.

We used to employ around 14,000 – 15,000. But because of this illicit trade, people have lost their jobs – with 30,000 dependents. Ask yourself what is happening to the people that lost their jobs? Ask yourself what happens to the people that depend on those workers. This is a problem to in country. This is a problem for our fiscus. It has to be addressed.

Before the lockdown – before this pandemic – illicit trading, especially with cigarettes, was around 25%-28%. Then during the lockdown when cigarettes were banned, it was 100%. The only people that were selling cigarettes then, were illicit traders. They were taking money and doing whatever crime that they are doing with this money. So it is for that reason that we are saying that we need to come on board and see what we need to do.

Kurt Moore on the challenges facing the alcohol industry:

I think it’s an important discussion that needs to be had. I’m certainly pleased that we want to start discussing some solutions because I think that’s what we need. We need to move beyond talk shops where we don’t start putting any actions to our plans. Let me start by talking a little bit about the alcohol industry and the impact of illicit trade. As an industry, we’ve been one of the hardest hit as a result of the ban.

Let me just say categorically. Yes, the police have a role and we have to stamp out illicit trade. But the most efficient force against illicit trade is the legal traders. The moment you shut them down, you’re givingg the illicit traders carte blanche to do whatever they like. We did some studies, and we’re currently revisiting those – updating that study – 2017 [and] 2018 studies revealed that about 14,5% of the alcohol industry is illicit products – and that’s on volume.

If you break it down into a value contribution or value percentage, it’s 7%. That tells you that the volumes are much higher than the value. It’s similar challenges that the cigarette guys are facing. To deal with these issues requires a multifaceted approach. Our fiscus – we’ve heard R8 billion lost from cigarettes. It’s about R6,5 billion for the alcohol sector. We’re talking significant amounts of money.

R15,5 billion that, as Zacharia said, could be used to fund this vaccine drive. We’ve seen the situation where government is relying on the Solidarity fund to help pay these deposits. That money can be used to deal with the vaccine and to pay for the vaccine. It’s incumbent on all of us – government manufacturers, retailers and even consumers – to start recognising that this a real problem.

Currently the most prominent ones are your alcohol, cigarettes, pharmaceuticals, apparel – as well as clothing. I mentioned these keeping in mind that as the economy is growing, we are obviously expecting it to go into other areas of the economy. Unfortunately, it poses risks – health risks. It poses losses to the fiscus, as well as job security. A lot of people in the industry are losing jobs as a result of unsustainable businesses. In terms of legislation, I think the country has got sufficient legislation to deal with illicit trade.

I speak to all the levels of legislation. We can talk to your Criminal Procedure Act. There’s tax laws. We’ve got the Immigration Act. In terms of legislation, I think the country’s covered – maybe some of them need to be reviewed. But currently, when I look at the different legislation, I’m sure that we will be able to deal with the threat.

I think we agree that the biggest weakness that we have as a country – and the reason why things are not moving at the rate at which they are supposed to be moving – the reason why implementation is dismally failing in this country, is because we have a state that is not capable.

South Africa at the moment doesn’t have a capable state. We don’t have the right leadership. The fact that we don’t have decisive leadership just exacerbates the problem. One of the most successful projects ever implemented in our democracy has been the State Capture project. It sought to weaken and hollow out the SOEs – which it achieved. It sought to weaken the criminal justice system, which it achieved.

It obviously sought to weaken Sars, which it actually also achieved. Abraham referred to the fact that the illicit economy in this country is growing at almost a similar age to the licit economy. The growth of the illicit market, as a result of the ban, has actually been very high. The reason why, is because Sars, at the moment, is dealing with trying to recapacitate their illicit trade unit.

It’s a very critical issue. Unfortunately, we cannot expect that this is something that we can get right in in the next few months or next few years. It’s going to take a lot of work from all of us. I think all of us as South Africans should be asking the question of how do we actually play a meaningful role in terms of trying to assist and in terms of working towards the recapacitation of business – and assisting whatever government efforts are there, to try and turn this Titanic around.