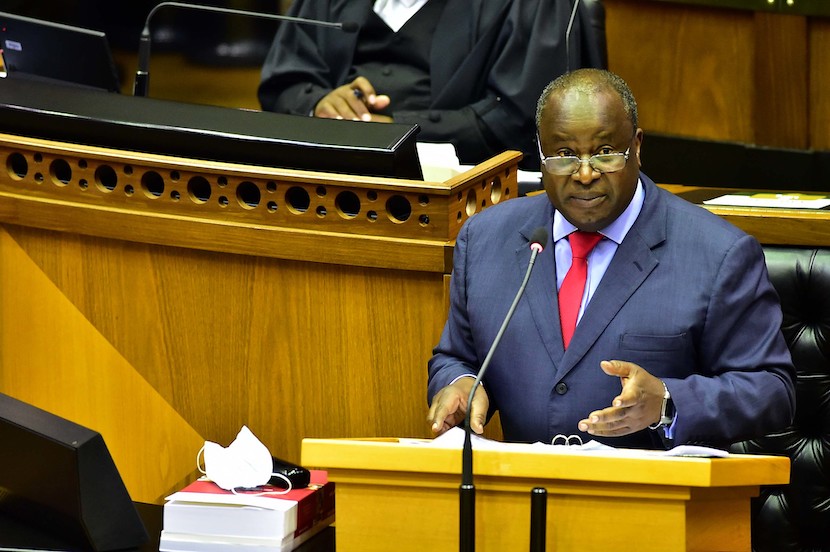 Economists Kevin Lings and Mike Schussler in combination with 10X founder Steven Nathan give insights into the better-than-expected GDP figures which were released earlier today. Although domestic consumption was the driving factor behind this surprise, the experts say the lack of fixed capital investment, the main driver behind long-term economic growth, is concerning. Steven Nathan unpacks the parallels, or lack thereof, between the economy and the stock market. Something we’ve all come to realise given the largest stock market reversal in history, in the middle of a global pandemic. – Justin Rowe-Roberts

Kevin Lings on whether or not the GDP increase is as good as outsiders presume:

They’re not bad overall. I guess they’re better than what you would have expected. Most guys were looking for a growth rate just over 3% – so the fact that the growth rate is over 4%, almost 5% – you would have to say that was certainly encouraging. I guess where you’ve got to be a little bit more circumspect is that the nature of the growth still isn’t what you’d really want. And in particular, we just don’t have the fixed investment dynamic unplaying in this economy. So this is very much consumption driven. There’s a bit of commodity price effect coming through, which is very welcome. I think there’s a little bit of online e-commerce activity that has picked up. But the growth that you are really after – that will generate employment – is fixed investment and I don’t see any sign of it. And it’s something that should have started to materialise, given the government’s insistence on getting infrastructure started quickly, and also this idea of public public private partnerships being able to kick off quite quickly. So, it’s good news overall, but there are some areas where we’re just not gaining traction. [00:01:48][72.7]

Mike Shussler on whether or not the construction industry – while picking up – is still a long way from kicking the economy into gear:

Yeah, absolutely. I think the construction industry at the moment is basically doing more conversions of offices into flats and stuff like that – so I don’t see much groundwork. In fact, I drove past the place where the groundwork was done – probably more than a year ago – and it looks exactly the same. It looks like the project is not going on. One does see a bit on the residential side, but I think we’re coming to the end of big shopping mall construction, big office construction – we’ve still got some remnants coming through. The other part, I think Kevin will also tell you, with these high commodity prices; I mean, we saw record sales in March of R75bn.

This Thursday we find out what the April sales are, but that’s just minerals flowing into this – that is a huge amount of money – R75bn in one month, I think you’d agree. And we’ve seen that trajectory really increase. Yet, we’re not getting evidence that the mining industry is investing more. They might be doing things a bit cleverer, but they’re still hanging back – and I think that uncertainty in the regulations are playing a role there, definitely. But I do think [and] the one thing I’d like to say is mining and quarrying was a quarter of our growth – and that was really commodity price driven. I looked at the commodity price index from The Economist (all economists look at these things) but it’s at a record high.

You know, along with that, you’ve got the transport prices at a record high that will feed into the inflation rate later. But that’s not the trucking, but the containers and that. I think it’s the first time that containers to Europe from China cost over $1000 a container – and that’s a huge number. So, the transport was also looking quite good and so was the finance real estate and business services. And I think [in] part of the business services we saw; there was a bit of a huge increase, the biggest increase of everyone was in that finance real estate – and that was security services.

So with a lot of unemployed people and probably the crime that goes along with it, people are employing security guards left, right and centre. So there’s probably something in that. We don’t know the small detail sectors, but certainly I think that’s it. But nothing else to write home about. I would agree with Kevin. To come back, we need that travel, leisure, tourism, entertainment, the big rugby matches, football matches, theatres, everything coming back before we can really talk about growth again. At the moment, it’s all a recovery and a lot of that recovery is driven by prices rather than fixed investments.

Steven Nathan on whether the increased GDP makes him want to put more money into JSE companies, particularly those in the resources sector:

It’s a difficult question, because if you look at GDP growth – there often isn’t a great correlation between doing well in the stock market and good GDP growth. So that’s the first thing to be a little bit wary of. So there’s been periods, for example, where China has been phenomenal in GDP growth, but actually the stock market returns haven’t always been great. But clearly, to have a positive GDP environment [means] you’re going to get much more domestic consumption and hopefully the domestic companies are going to do better. But also, GDP is a lagging indicator. So it’s telling us what’s happened in the first three months of this year – and the stock market tends to look forward 12 to 18 months.

We know the resources sector has been a phenomenal driver of the JSE and that’s really the leading indicator and now lagging – we can see that coming through strongly in GDP. So I don’t think there’s anything in and of itself that would get people overly excited in the GDP data from a stock market perspective. I think that investors would take heart from government actually implementing policies that are pro-growth. It has been mentioned; there’s lack of infrastructure and [we need to be] creating a much more business friendly environment.

I mean, we’ve just seen a disastrous job number coming out as well. So there’s fewer and fewer people participating in this economy, and that means that you’re not going to get consumption and inclusiveness. And also, I think it’s worth bearing in mind that if you look at the absolute number of GDP – and the economists can correct me, but I think this is right – for the quarter, R761 billion is the absolute value of GDP in real terms. But if you go back to 2014, the number was about R750 billion – inflation adjusted. So we’ve barely grown – over seven years – the size of this economy and the population has grown quite considerably. And those are the kind of ratios and factors that I think investors looking forward would want to see improved.

Kevin Lings on the calculation that all South Africans are actually getting poorer if both GDP and population growth are accounted for:

That’s exactly right. That’s the disaster, I think, that’s unfolding in this country. And it’s kind of not noticed from one GDP data to the next and it kind of happens over a long period of time. But what you’re saying is exactly right. The income per person has been going down. We know that there’s a high degree of income inequality in South Africa; so a certain portion of the population, I guess, doesn’t experience that. But the vast majority would find that their purchasing power has been eroded and they would kind of look around and assess that they just can’t have the lifestyle that they’ve had previously.

When you take that income per capita and put it into a global context – that’s when it really gets bad. Even with the currency stronger where it is now, we’ve just lost so much ground relative to our international purchasing power. So effectively, this country’s going backwards. And it’s one of the reasons why we need much higher growth.

I would say we’ve got a government that isn’t the government. It’s a government that’s looking for ways for the ministers to make money, rather than to look for the best outcomes for our population. What Kevin said, I just want to put into context; 2014 was the richest South Africans ever were. We’ve dropped so far, ok, partly due to Covid, but since then we’ve been getting poorer every year. Even if we grow, our population grows one and a half percent.

So if you grow one percent, you get a bit poorer. And at this point in time; using the consensus of Beeld – which is about 30, 40 or so economists – for this year, and Reuters for next year, and then after that, the IMF and World Bank forecasts, we’re going to be back, if we’re lucky, to 2014 levels just after 2030.

Kevin Lings on what hope can be drawn from the increased GDP figures:

From my perspective, if you’re looking at the positive side, the fact that most of the sectors recorded positive growth – that’s good. In other words, you can talk about a reasonably broad based recovery even if you don’t have the fixed investment side. To me, that’s encouraging. Clearly, the commodity cycle, the rebound in global trade – that’s a huge uplift, and we’ve got to take what we can get. And I think that that’s a significant benefit right now.

This idea around infrastructure; government is very aware of it, it’s not as if the president’s office is oblivious to this issue or that they are oblivious to the overregulation of business. So the utterances from them remain encouraging. I think it’s down to a lack of implementation and maybe we start to see some movement in that regard. So I think there are a couple of things on the horizon that could come about in a more positive way.

Mike Schussler on his ‘glass half full’ take on the GDP:

My ‘glass half full’ [take] is very simple. I think I agree with Kevin. Only one sector was negative – that’s the electricity, gas and water (or utilities). So a broad recovery certainly. But I still call it recovery, it’s not growth yet. We haven’t got those 2019 levels back and gone up there. A lot of talk that I’m getting – and my feeling – is that people are looking and expecting something from the president; whether it’s locking up people or whether it’s implementing, as Kevin said.

I think they’re just waiting to see action. And then I think things can come into play. And the one thing; yes, our companies have a lot more money in their bank accounts as a percentage of GDP than most emerging markets. We also have not borrowed as much. The emerging market borrowing for companies is 90% of GDP, generally speaking. So if you can get that confidence back and if you can get those first things that grow and take hold, the whole situation can change quite a bit.