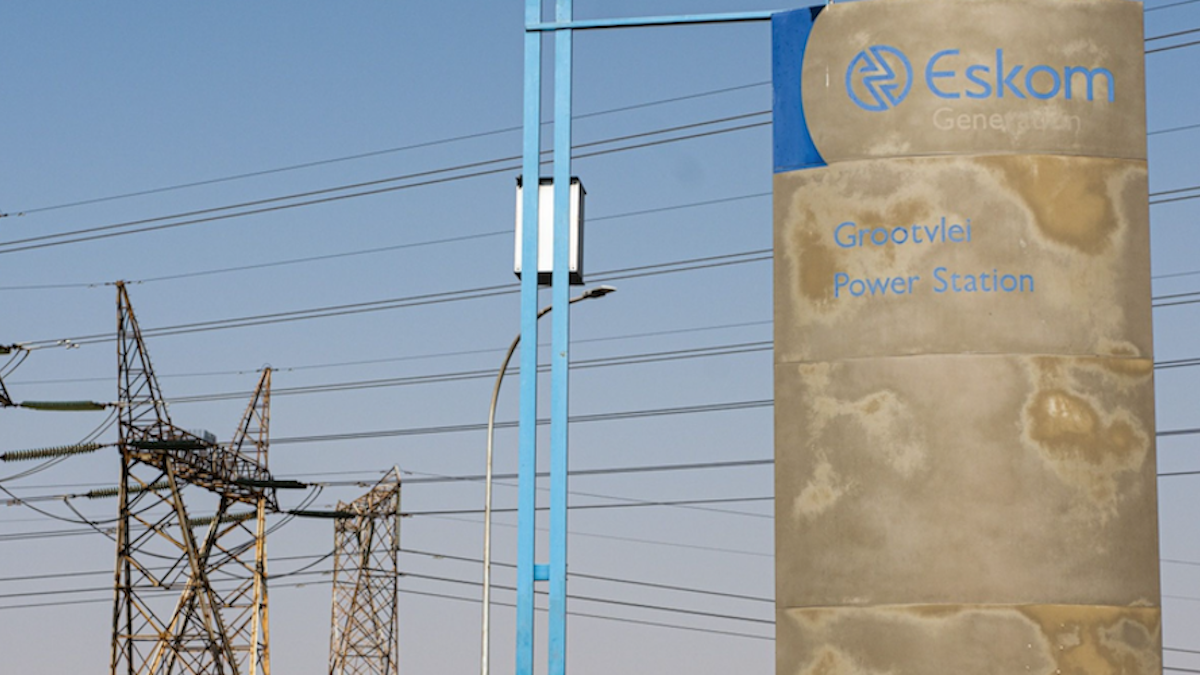 Put simply, Eskom cannot be rehabilitated, and power cuts will continue until our sloth-like government clears away the tangle of regulatory vines blocking the swift set up of private alternative power supplies. Here Hanno Labuschagne, writing for MyBroadband, provides historical data depicting an inexorable decline in energy availability over the years; and a fascinating glimpse of how corruption-accused former Eskom COO Matshela Koko cranked up the pressure on managers to virtually run their power stations into the ground. It gave him a great energy availability factor record but left incumbents with a massive maintenance and repair headache. A perfect storm of sabotage, mind-blowing debt, theft and corruption makes assertive Eskom debt collection (by cutting power to defaulting municipalities), and major mines already using alternative power, all a bit ‘too little too late’. How do you build more critically needed power stations while haemorrhaging money? The co-ordinated emergency plan suggestion by Mark Swilling of Stellenbosch University’s Centre for Sustainability Transition is starting to glow in the dark. – Chris Bateman

How Eskom’s generating capacity was destroyed

Eskom’s power plant fleet is performing at its worst level ever, and there appears to be nothing the utility can do about it until government speeds up power procurement.

One of the best indicators of Eskom’s overall plant performance, and the severity of load-shedding required to prevent a national blackout, is its Energy Availability Factor (EAF).

According to Eskom’s latest system adequacy report, the utility recorded an average EAF of roughly 59% across the first 21 weeks of 2022. That compares to a figure of about 62% in 2021.

These EAF figures show a continued decline in generating capacity in the past few years.

The graph below shows the energy availability factor (EAF) from 2018 to 2022.

Many South Africans have pointed fingers at Eskom CEO André de Ruyter and COO Jan Oberholzer for the decline, but the utility’s generation woes go back way further.

Eskom’s EAF started declining from at least the 2009/2010 financial year, long before Oberholzer or De Ruyter came onto the stage.

There appeared to be a brief recovery in EAF during corruption-accused Matshela Koko’s term as COO. However, there are questions over whether policies employed under Koko had a long-term detrimental effect on plant performance.

What raises further questions is that there appeared to be much lower unplanned outages during the same period, which is why the report speculates that partial load losses might have been underreported.

The years following Koko’s tenure saw a massive surge in unplanned maintenance, suggesting that the fleet had become less reliable.

Even though Eskom has intensified maintenance in recent months compared to previous years, the system has remained highly unreliable.

Time after time, Eskom’s load-shedding announcements have painted scenarios where the utility barely returns one unit before two others at different stations trip, often within the same hour.

Oberholzer recently highlighted that the average age of the coal fleet was 54 years, when not including the newer Kusile and Medupi plants.

While Eskom could extend their lifetimes by up to 50 years, they have grown increasingly unreliable and can’t be taken offline for protracted life-extension maintenance to avoid even more severe stages of load-shedding.

Eskom is also facing an onslaught of sabotage at several stations, with employees suspected to be involved.

The solution to Eskom’s woes is simple – it needs more power plants – which it cannot build on its own.

To maintain a sufficient level of maintenance and eliminate load-shedding with its current fleet, the utility has repeatedly said it needs an additional 4,000 MW to 6,000 MW of capacity in the short term.

That does not include all the additional capacity it will have to add to replace the 50% of coal generation capacity slated for decommissioning in the next 12 to 15 years.

Eskom has to service an enormous heap of historical debt and does not have the money to build new power stations, which is why it will increasingly have to rely on private power producers.

Several energy experts have agreed that this is where the solution to South Africa’s energy crisis lies.

Eskom up for it – but government dragging its heels

De Ruyter and Oberholzer have concurred with this view, giving their blessing for private power generation to take the strain off Eskom.

De Ruyter recently went as far as to say the already much-improved 100 MW threshold for licensing was arbitrary and suggested that businesses be allowed to generate even more of their own power.

However, the government has been slow in bringing about the changes necessary to realise this transition.

The announcements of bid windows for Independent Power Producers (IPP) have been repeatedly delayed, resulting in new solar and wind generation taking longer to come online.

Energy minister Gwede Mantashe also appears to be at odds with the lobby for more private renewable power, instead expressing significant support for coal, gas and oil projects.

Professor at the Centre for Sustainability Transitions at Stellenbosch University, Mark Swilling, has called for a co-ordinated emergency plan between Eskom and civil society to solve the energy crisis.

“The target for such an emergency energy plan is simple: the installation of at least 10,000 MW of new solar and wind generation, plus 5,000 MW of storage by the end of the 24-month period. That will bring load-shedding to an end,” Swilling argued.