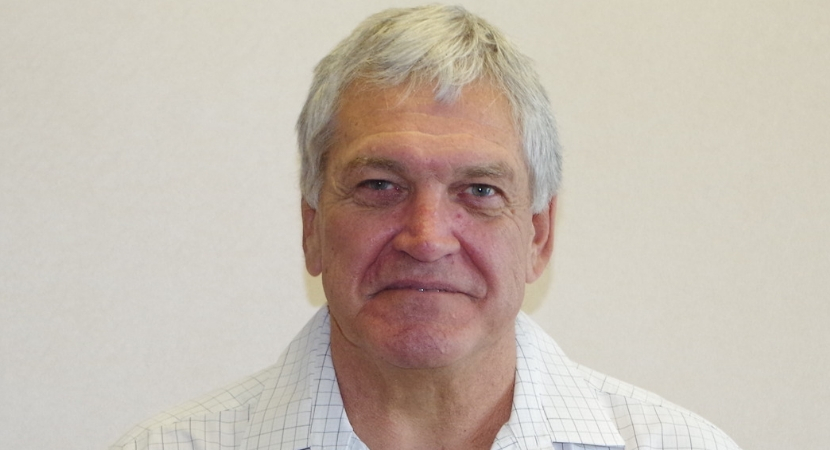 JOHANNESBURG — With news that Eskom is expecting to load shed in early January again, it seems that the embattled energy provider’s dark days are far from over. The company is saddled with huge debt and very dirty, outdated coal plant technology. It’s an economic disaster waiting to happen. But because SA is littered with monopolies (and the ANC government is intent on perpetuating them) South Africans sit with a massive problem on their hands that has been unnecessarily self-created. However, there are some more than capable people inside Eskom and the COO Jan Oberholzer appears to have a sense of rationality with regard to the future of the state-owned power company. In this interview, EE Publishers’ Chris Yelland and Roger Lilly caught up with him. – Gareth van Zyl

By Chris Yelland and Roger Lilley*

A refreshing openness by Eskom’s new management has been demonstrated in an exclusive interview with Eskom COO Mr Jan Oberholzer by EE Publishers. The interview followed dramatic developments in the operations of Eskom this year, including the decline in the utility’s generation plant performance, shortages of coal at power stations in Mpumalanga, the return of Stage 2 (2,000 MW) load shedding – with rolling blackouts across the country for a week before the Christmas holiday season, and the announcement by the COO of a nine-point plan to address the operational issues.

Mr Oberholzer, please can you clarify the roles and lines of authority between the Eskom CEO, COO, CFO and other Eskom Exco members? Who reports to whom?

Eskom’s new structure is built on three pillars: strategy, finance and operations. Broadly speaking, CEO Phakamani Hadebe is the face of Eskom, responsible for strategy, legal and corporate affairs, human resources and reputation management. CFO Calib Cassim is responsible for the money, liquidity, finance, loans, treasury, investments, real estate, various support services and overall financial control. As COO, I am responsible for all Eskom’s operations: generation, transmission and distribution of electricity, primary energy, coal and water, group capital (which includes new-build projects), Rotek Industries, Eskom Enterprises, Eskom Research, Testing & Development (RT&D), risk and sustainability, among others. Eskom has recently prepared a new Exco organogram, and I will share this with you when finalised.

What are the biggest issues currently facing Eskom, which issues are you responsible for, and what keeps you awake at night?

The biggest issues facing Eskom are: debt, liquidity and financial sustainability, people issues – with people being our most important asset, ensuring adequate coal supplies, declining generation plant performance and availability – caused by planned maintenance outages, unplanned breakdowns and plant running with lower output than rated, and fast-rising municipal and Soweto arrear debt. From my position, my greatest concerns are the poor generation plant performance, ensuring adequate coal supplies in the face of high export prices, and the risk of rain at this time. While we have some 45GW of installed generation capacity at our disposal, we actually have less than 30GW of available capacity – and the country’s load is more than 30GW. So, for now, we are grateful for the festive season where demand is reduced. Regarding the people issues, my concerns are to ensure accountability by line managers, and getting the right people with the right mix of skills in the right place, particularly within generation.

Some would say the operational issues at Eskom can be addressed given sufficient effort, time and money, but that the financial and environmental issues currently facing Eskom are intractable. Would you agree?

Yes, I do agree that if we are diligent, and we have the money and the right people, we can resolve the operational issues – no doubt about that. But operating in an environment of severe financial constraints, massive debt and rapidly rising municipal and even international arear debt is a big challenge, and the CFO would be better positioned to comment further on this. On environmental sustainability, there are huge issues relating to the burning of coal. Can we just trade our way out of the current situation? No, I believe we will have to do some things very differently to the way they have been done before – structurally, financially and environmentally.

Do you believe Eskom can be returned to its former glory, or is this a backward looking pipe-dream in the fundamentally changed and changing world of energy?

No, I do not believe the past can be recaptured with Eskom retaining its current form as a vertically integrated monopoly. Can Eskom improve its reputation, performance and confidence? Yes, I believe we can, but we have a lot of work to do to achieve this, including training and skills development. The world has changed significantly since those past days, and there are pressures for change in the energy sector. The current structure as a vertically integrated business and single electricity buyer may not be the best structure and business model for the future, and pressure from industry will force Eskom to change to suit the new realities. Our chairman, Mr Jabu Mabuza, has already said that the Eskom operations of generation, transmission and distribution will in future be ring-fenced and treated as independent units with a business focus, with line managers empowered to make the necessary decisions for success, and held accountable for the results.

How do you intend to right-size Eskom’s staff complement at all levels, while keeping up the morale of executive, senior and middle-management and dealing with militant labour emboldened by their ability to throw the country into load-shedding at short notice?

This is a tough one, and I don’t have a magic wand. Employment is a critical challenge, not only for Eskom, but for the country. This is a people-centred business. Do we know the right staff number? No, there is no magic number. Do we need to improve productivity? Yes, and we need to give our people the necessary authority, and relink accountability. Employment is a sensitive and emotive matter. People work here because they need an income. What is needed is stable leadership that engages with the staff and workforce, and helps our employees understand why changes are required. This also applies to our interactions with other external stakeholders – government, labour, contractors, suppliers, customers and the public. We have the battle scars of the labour unrest of June and July this year. The labour unions want to know what the impact on their members will be. We need the process to be open, transparent, honest and trustworthy.

How confident are you that Medupi and Kusile can and should be brought to completion, noting the current performance difficulties, the cost and time overruns, and credible calls for the construction at Kusile to be prematurely halted?

I believe that the construction of these two new power stations should be completed. We have the competence, the capability, the plans in place and the delivery dates set. We need to do it for the country. Our existing fleet of power stations is ageing, and some will reach end-of-life, and will be closed in due course due to their high operating costs and poor performance. The newly built power stations will be necessary then. Medupi is close to completion, and Kusile will be finished a few years later. Due to the contracting strategy and the fact that the units at each of Medupi and Kusile are not self-standing but rely on common services, most of the capex is sunk anyway, with little saving if we stop now. Yes, there are design and execution issues, with units handed over to Eskom Generation not delivering their rated output. There is work still to be done, and it will take more time and money. But we have the people to do it, and the problems will be ironed out in due course.

Following Eskom’s own study indicating that about 330 people die prematurely as a result of polluting emissions from Eskom’s power stations in Mpumalanga, does Eskom have any intention of upgrading its coal-fired stations to achieve compliance with the minimum emission standards in South Africa?

Yes, Eskom has the intention of complying with environmental legislation and regulations insofar as possible, and will invest in the necessary equipment and plant upgrades to ensure that its coal-fired power stations meet the applicable minimum emission standards. We understand and accept this responsibility. However, Eskom needs to be in a position to finance this, which it cannot do at present. We are aware that the Department of Environmental Affairs requires Eskom to implement the necessary changes. Eskom is also aware of the public perceptions and reaction to the damage the burning of coal does to the environment and to human health, and understands its responsibilities in this regard.

As a public body, can you make available Eskom’s comments and input to the Department of Energy following its call for stakeholder and public input to the Draft IRP 2018, and if not, why?

Eskom’s formal submission to the Department of Energy following its call for stakeholder and public input, comment and response to the Draft IRP 2018 on 27 August 2018 was marked “Strictly private and confidential”. However, to be frank, I am not sure why this should be, as it will be made available by the DoE in due course anyway. So here it is.