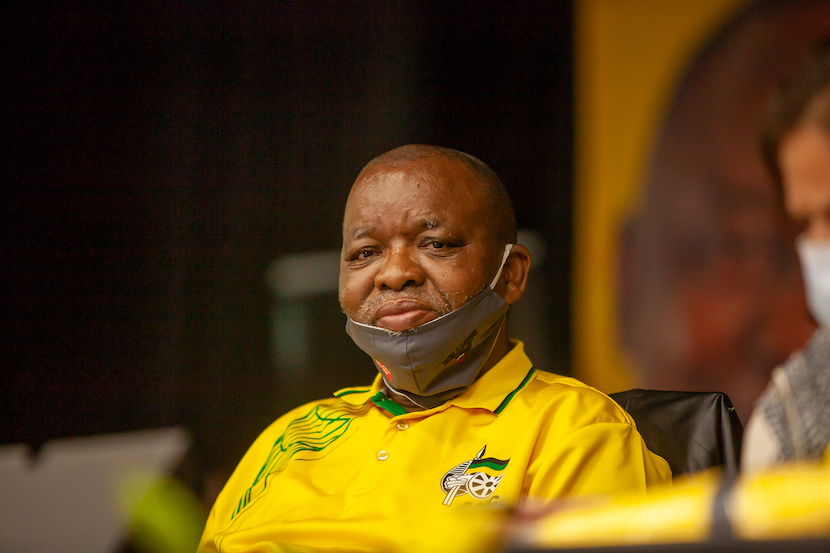 Our fossil-fuel-energetic minister, Gwede Mantashe, true to party style, loves to cock a snook at Western polluters or any exploiters of Africa, many of whom from which the ANC benefits hugely. While this often has primal justification, when it comes to the global trend in energy sourcing, Mantashe is way out of whack, according to ParlyReport SA. Imagine Port St Johns as a refinery town? Mantashe can. There are two key take-aways for me in this story. One is the ANC’s greedy finger in just about every historical energy pie, indicative of its conflating party interest with public interest (‘they’re the same thing’, it will assert). The other is the party’s talent for floating grandiose schemes that take the public eye off the real issues: cleaning up the internal rot and delivering services. The article was first published on ParlyReportSA. – Chris Bateman

Mantashe still has an eye for gas…

Always around and sniffing like a foxhound, especially when the subject of oil and gas arises, is our Minister of Energy, Gwede Mantashe. Two things excite the powerful in the ANC elite, namely energy and health propositions. In the case of energy, Minister Mantashe appears to be following in true party tradition, preferring the first.

In outstanding manner, he moves seamlessly between the Turkish Karpowership agreements (now to be investigated by Parliament) to the Shell-Thebe coalition off the Wild Coast, unmoved by elections and economic crises and shrugging off accusations of being a union man with the heart of a coal miner.

It is, of course, Shell which is named by Minister Mantashe as the preferred bidder that will supply gas from its Middle East installations for 20 years brought presumably by tanker to the three Karpower vessels in SA ports and it is Shell, which holds a 25% investment in Thebe, as does the ANC with a similar holding. And good luck to Shell, that’s their business and they are good at planning. Their global strategies are brilliant.

In the case of the ANC, the traditional energy path to the riches of the earth below is well trodden, like an ancient Silk Route. Alec Erwin initiated the ministerial ‘Game of Energy’ with new coal power stations for Eskom; Jacob Zuma nearly pulled off the Russian nuclear grand slam with Vladimir Putin; Jeff Radebe mysteriously signed something in South Sudan (we never got to know what) and developed something with Ghana (which failed); and Joemat-Pettersson’s silver glove was involved in the sale of the nation’s oil stocks.

The rise of the empire

Gwede Mantashe is probably the least secretive of all and playing for higher stakes at that. Hidden behind his camouflage, in the ruins of the Central Energy Fund, is Mantashe’s new phoenix, the National Petroleum Company (previously known as PetroSA), envisaged to receive mineral rights royalties granted in terms of the Upstream Petroleum Resources Bill at a fixed sum of 20% on all oil and gas exploration revenues.

So, what was the Shell/Thebe plan for the Wild Coast gas exploration adventure all about?  No doubt, part of the plan dreamt up by PetroSA management from the ashes of the state’s adventure into offshore drilling and possibly to re-vitalise the mothballed Mossgas refinery, originally known as Soekor. Maybe the refinery is too far south in sea miles for a pipeline from the Outeniqua Basin off the Wild Coast but Minister Mantashe, if he is nothing, is a good dreamer.

PricewaterhouseCoopers, which we respect greatly and watch for opinion, is on record as stating, “On a country-by-country basis … continued exploitation of existing fossil fuel reserves, along with recent natural gas discoveries, could tempt some countries to disregard the benefits of a more diversified energy generation mix and remain entrenched in fossil fuels.”

Always to be tempted, Minister of Energy Gwede Mantashe is on record; at the start of the Africa Energy Week conference in Cape Town, only weeks before the Makhanda High Court gave its judgment against Shell and the Mantashe plan, he made the following comment, “Our continent, collectively, and her individual countries, is made to bear the brunt of the heavy polluters. We are being pressured … to move away from all forms of fossil fuels, including resources such as gas regarded as key resources for industrialisation. Africa must seize the moment.”

He closed off by saying that he wished to position African oil and gas ventures “at the forefront of global energy growth”. He even went so far as to suggest to a member of the media that Port St Johns could be rebuilt as a refinery town. Possibly possible. But who knows which port town Minister Mantashe has a plan for? Port St Johns or Mossel Bay – does it matter in a dream?

With Shell Exploration having packed its bags and left SA shores, Minister Mantashe has had to announce the news that his ministry accepts the judgment that saw environmental groups and communities calling his project, “harmful to sealife and the livelihoods of communities dependent on the ocean for fishing and cultural practices”.

With President Ramaphosa on a completely different investment tack of late and the wind blowing well on the energy renewables story, it seems the ANC national executive are capable of dreaming up new economic directions every week. Whilst it has always been difficult to rein in ‘Uncle Gweezy’, perhaps our president should take some advice from the energy gurus in business and industry by noting that his minister of energy is beginning to sound like Emperor Nero with plans to develop his empire whilst Rome was burning.

This is the second project of the Minister that has failed on environmental grounds.