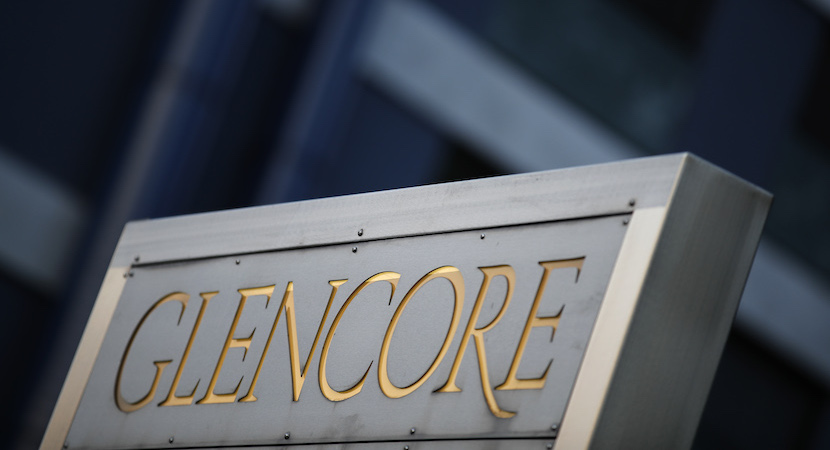 By Martin Welz*, drawing on past reports by the International Consortium of Investigative Journalists (ICIJ), Africa Confidential, the Guardian, Noseweek and Wikipedia.

Glencore’s guilty plea, filed on May 24, followed an investigation by Brazil, the U.K. and the U.S. of Glencore’s actions that included more than $100m worth of bribes to officials in Brazil, Cameroon, Ivory Coast, Equatorial Guinea, Nigeria, Congo, South Sudan and Venezuela between 2007 and 2018. Penalties for market manipulation and corruption total $1.2bn to the U.S. alone.

Ivan Glasenberg, born in South Africa and a Wits graduate became CEO of Glencore in 2002 and remained in that position until June last year. For all the years of corrupt dealing, he was in charge of the company. [More about him below.]

In a press statement the AEC said that, following the guilty plea, “it is undisputed that while committing the aforementioned crimes, Glencore was a member of the EITI – an initiative that prides itself in being a global standard for the good governance of oil, gas and mineral resources.”

Last year the International Consortium of Investigative Journalists (ICIJ), the Guardian, Africa Confidential and many others (including Noseweek) reported on Glencore’s shady dealings with Israeli billionaire Dan Gertler in the Democratic Republic of Congo (more often simply referred to as DRC or Congo-Kinshasa), based on a leaked cache of documents known as the Paradise Papers.

Most of the leaked documents came from the Bermuda law firm Appleby, which specialises in offshore tax [evasion] structures for the global super-wealthy. (Locals might wish to note that it also has a branch in Mauritius.)

Documents found amongst the Paradise Papers showed that several times in 2008 and 2009, Gertler was called upon to negotiate with Congo Kinshasa authorities on behalf of Glencore for control of the famous Katanga copper mine – and that Gertler was explicitly mandated by Glencore with securing the mining agreement.

In 2009, Glencore took effective control of Katanga, but also kept Gertler’s interest in the company by secretly loaning his company, Lora Enterprises, $45m in pledged shares. The loan was made on the express condition that it would be repayable if an agreement was not reached with the DRC authorities.

Ultimately Katanga won a mining agreement discounted by more than $400m on the initial signing price demanded by the authorities.

Daniel Balint-Kurti, head of investigations for Global Witness, the anti-corruption NGO that first exposed Gertler’s alleged dealings in the DRC, said: “The Paradise Papers revealed, for the first time, that Glencore was rewarding Gertler for acting as its intermediary with the Congolese government.

“Those documents contained very important revelations for Glencore […] about how close Glencore and Gertler were. Their business relationship went a lot further than Glencore ever admitted. And that clearly has huge implications reputationally.”

Although he has retired, Glasenberg remains Glencore’s biggest single shareholder. The 65 year old, who has Australian citizenship which he acquired in the 1980s, is ranked at number 254 on the Bloomberg Billionaire’s Index with net wealth of $7.8bn. The company is ranked 14th on the Fortune Global 500 list (ie non-US companies) and is the biggest Swiss enterprise.

In February 2017 Africa Confidential reported that Gertler and Glasenberg, who had jointly done far better than their corporate rivals out of Joseph Kabila’s reign in Congo-Kinshasa, were “rethinking their strategy”.

Gertler agreed to sell his two biggest mining interests, which had given him a dominant position in Congolese copper, to Glencore for $960m. Glencore thereby consolidated its ownership of two important projects as copper and cobalt prices rose; and Gertler cashed in at a time of growing political uncertainty.

Equally importantly, the London-listed Glencore was re-ordering a relationship that had been attracting too much heat, while Gertler liquidated his assets as anti-corruption agencies in various countries began taking an increasing interest in his activities.

Glasenberg, as CEO of Glencore, had worked closely with Gertler over the previous decade. He however insisted to Bloomberg News that his company was not being urged to break off with Gertler because of an earlier US prosecution – the so-called Och-Ziff case in which Gertler featured.

So far none of the transactions surrounding their joint purchase of Mutanda or Katanga Mining in the DRC have been cited in any investigation.

Despite Gertler’s sell-off, their relationship is not over: Gertler’s royalty streams from the two mines were not sold to Glencore as part of the deal. As a result he has continued to receive tens of millions of dollars in royalies from the two Glencore mines years after selling his holdings in the projects.

Glasenberg remained CEO of Glencore until June last year, when he was succeeded by Gary Nagle.

In its 2021 midyear report, Glencore recorded core earnings of $8.65bn in that first half.

It also recorded that $216m [R3.14bn] had been set aside for legal costs, which it said included provision for “one specific narrow aspect” of the probes it was facing from regulatory and enforcement authorities.

It was the first time the company had openly set aside money to deal with the investigations, which included the probes by the US Department of Justice, the UK Serious Fraud Office, and Brazilian authorities.

The US Dept of Justice, in the course of investigating Glencore over alleged bribery in countries including Congo-K, had successfully fought off legal efforts to prevent it obtaining banking documents from Switzerland.

In Britain, the Serious Fraud Office’s enquiries into mining companies that depended on Gertler for their access to Congolese minerals – Glencore and Kazakhstan’s Eurasian Natural Resources Corporation (ENRC) – have been going on since 2013 with no end in sight.

London law firm Carter-Ruck said on behalf of Gertler that he “categorically denies involvement in any corruption, payment of bribes, money-laundering or other such wrongdoing.” [See footnote below.]

ENRC and Glencore also strongly denied any involvement in corruption.

In late 2020, two Kinshasa-based bank auditors were said (by Gertler’s UK lawyers, Carter-Ruck) to have been sentenced to death by a Congolese court for leaking thousands of bank records showing how companies linked to Gertler were able to bypass sanctions imposed on him by the United States in December 2017.

The whistleblowers fled Congo and have found refuge in Europe.

In January 2020 it emerged that outgoing US President Donald Trump had secretly suspended US sanctions against Gertler – accused by the US Treasury Department of grand corruption in Congo-Kinshasa – at the urging of Israeli Intelligence agency, Mossad and Israel’s ambassador to Washington.

Footnote 1: London law firm Carter-Ruck is “the go-to destination for senior politicians, leading business people and celebrities with regard to breach of confidence and defamation”, and “acts for ultra high-net-worth individuals in the most sensitive blackmail, harassment and privacy cases,” according to the firm’s website.

The Libel Reform Campaign cite many instances where the application of the libel laws by law firms like Carter-Ruck is effectively gagging free speech.

Glasenberg started out working in the company’s coal department in South Africa and Australia.

BusinessWeek years later referred to him as a key figure in the secretive commodities trading of Marc Rich’s company, after Rich and Co. achieved international notoriety when they were charged with tax evasion and deals with Iran, inter alia breaching sanctions to supply apartheid SA with oil. (Rich was later pardoned by US President Bill Clinton.)

Just ten years after joining the company, in 1994 he was part of a management buyout from Rich that saw Marc Rich &amp; Co. renamed Glencore (an abbreviation of Global Energy Commodity Resources).

Eight years on in 2002 he became CEO, and by April 2012, it was reported that Glasenberg held more than 15% of Glencore’s stock, making him the world’s 20th richest mining billionaire. Forbes estimating his net worth then at $7.3bn.

(But SARS missed out: he acquired Swiss citizenship in 2011.)

Meanwhile, a friend from his youth, Mick Davis, had become the CEO of competing mining giant, Xstrata. In 2013 Glasenberg displaced Davis in a hostile takeover to become CEO of the merged entity created when Glencore and Xstrata finalised one of the largest mining company mergers in history.

The company is ranked tenth in the Fortune Global 500 list of the world’s largest companies.

* Stellenbosch and Pretoria University educated Martin Welz (76) has dedicated his life to exposing malfeasance and abuse by the rich and powerful, occasionally ending up in court as a result of his disclosures. After decades of producing award-winning exposé‘s for major newspapers, Welz founded Noseweek in June 1993.