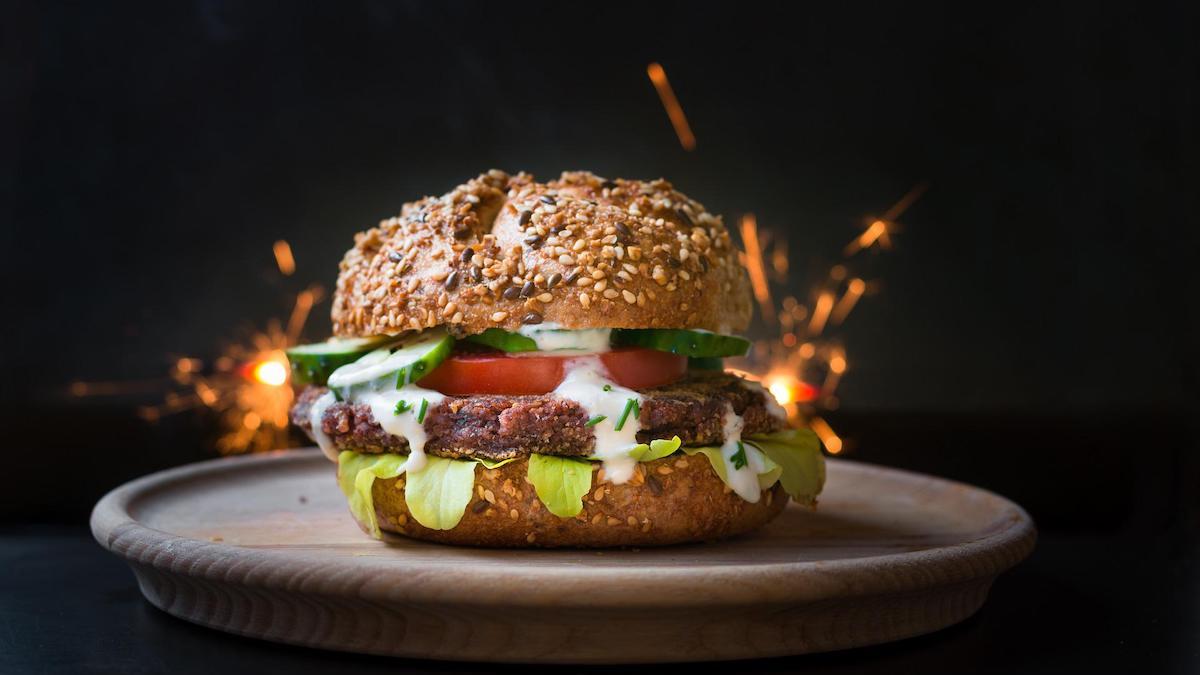 Satire is the art of appearing to take seriously something blatantly ridiculous. It is an art form gloriously demonstrated by Ivo Vegter writing in the Daily Friend here. He’s into a meaty subject; our pen-pushing regulators going all out to protect us from cunning vegans who offer their wares as alternatives to good old-fashioned red meat, even claiming it’s healthier and will help us live longer. Ivo himself nearly fell victim to biting down on a vegan burger cunningly disguised as something all robust, right-thinking, culturally correct South Africans consider to be part of their birthright. If Heaven or a beneficent God won’t protect us from nefarious pedlars of illusive vegan products, then this onerous task falls to a government bureaucrat. I mean it’s vital we don’t misconstrue the words ‘Vegan Veggie Biltong’, ‘Mushroom Biltong’, ‘Plant-based Meatballs’, ‘Vegan Nuggets’, ‘Vegan BBG Ribs’, or ‘Plant-based Bratwurst.’ We’d never have guessed without a law to protect us! – Chris Bateman

Government saves us from cunning vegans

You can’t trust someone who won’t eat meat. Luckily, our ever-alert government has cracked down on the perfidy of duplicitous vegetarians and vegans.

Last week, I almost ordered fake burgers. Thank heavens my eagle-eyed wife pointed to the label, and said, “Ivo, Ivo, Ivo. That word there is ‘vegan’. I’m not sure what that means, but I don’t think this is dead cow. You want dead cow, don’t you?”

My heart stopped for a minute. Imagine if I had been fooled by such an evil act of legerdemain? Imagine if I had actually eaten that awful mix of beans, grains and vegetables, instead of yummy, bloody bits of ground-up carcass? I might not have lived to write about my harrowing ordeal. I might have unwittingly saved the planet from the climate apocalypse!

“This is outrageous. The government should do something,” I exclaimed. “It shouldn’t let crafty vegans dupe unsuspecting half-literate victims like me with their fraudulent misrepresentation.”

Unbeknown to me, at that very moment Billy Makhafola, the executive officer in charge of agricultural product standards, was adding his elaborately ornamented signature to a sternly worded letter addressed to the vegetarian and vegan miscreants.

In impeccable anti-grammatical bureaucratese, the letter warned all “processors, importers and retailers of meat analogues” about the “illicit use of the product names in respect of names exclusively prescribed for processed meat products”.

Thankfully, the worthies of the Department of Agriculture, Land Reform and Rural Development had also noticed the trickiness of the vegetable cult and has now prohibited them from using deceptive product names reserved for meat products.

Consumers know what ‘nuggets’ means, and they want their nuggets to be made of ground chicken off-cuts, thank you very much. They know what ‘sausage’ means, they think they know how the sausage is made, and it certainly isn’t with disgusting plants.

Consumers don’t understand complicated words like ‘vegan’ or ‘plant-based’, nor the high risk of post-prandial flatulence they induce, so one can understand their confusion when faced with ‘veggie burgers’ or some such abomination of a product name.

Makhafola’s letter points out that the classification, packing and marking of processed meat products intended for sale in the Republic of South Africa are currently regulated in terms of Regulation No. R.1283 dated 4 October 2019.

He is aware that the regulation does not apply to ‘meat analogues’, but says vegetarian and vegan meat-like products may anyway not use the product names “prescribed and reserved for processed meat products”.

It says nothing to suggest modified versions of those example names may not be used by products not made of genuine processed meat.

Hopefully, the vegan crazies won’t be smart enough to spot this glaring error.

Makhafola’s letter also says that in terms of section 11 of the Agricultural Product Standards Act, it is an offence to use product names prescribed or reserved for processed meat in the sale of meat analogues.

This has to be read together with section 5, which says the minister “may prescribe a distinctive mark” for products that are certified to meet certainly regulatory standards.

The regulations, however, do not even mention distinctive marks, let alone prescribe them. And if ‘beef sausage’ is a distinctive mark (which it is not under any of the laws or regulations Makhafola cited), then ‘vegan sausage’ clearly distinguishes it from any meat sausage, making it clear it is a sausage-shaped object made of vegetable products.

The same is true for all the other product names Makhafola cited as examples, which all include adjectives that clearly distinguish the product from their meat-based counterparts. Once again, one hopes the plant-based food cult doesn’t realise all this because they might challenge the government’s noble efforts to protect vulnerable consumers from accidentally eating vegetables.

Consumers deserve to have vegan burgers be named something descriptive, like ‘yucky compost patty’, or ‘basically bullshit’, to distinguish it from ‘mouth-watering beef burger’.

It is important, I think, to recognise our gratitude is not only due to Billy Makhafola and the Department of Agriculture and Stuff for intervening so decisively in a clearly dysfunctional free market.

We also owe a debt to the South African processed meat industry, which first alerted the government to the horrifying rise of non-meat alternatives in your local supermarket. I shudder to think how they coped with all the unfair competition, riding on the shoulders of meat names and descriptions to attract buyers.

Do the fake meat charlatans have no shame, placing their products alongside those of the honourable, law-abiding meat-processing industry, with labels that position them as reasonable, or even healthy, alternatives?

Makhafola, the valiant protector of the processed meat industry from mendacious non-meat rivalry, really ought to close any loopholes by passing a new regulation aimed directly at the awful veggie cult.

He should require the treacherous makers of meat analogues to label their wares with a big red sticker: ‘WARNING: NO ANIMALS WERE HARMED IN THE MAKING OF THIS PRODUCT. EAT AT OWN RISK.’