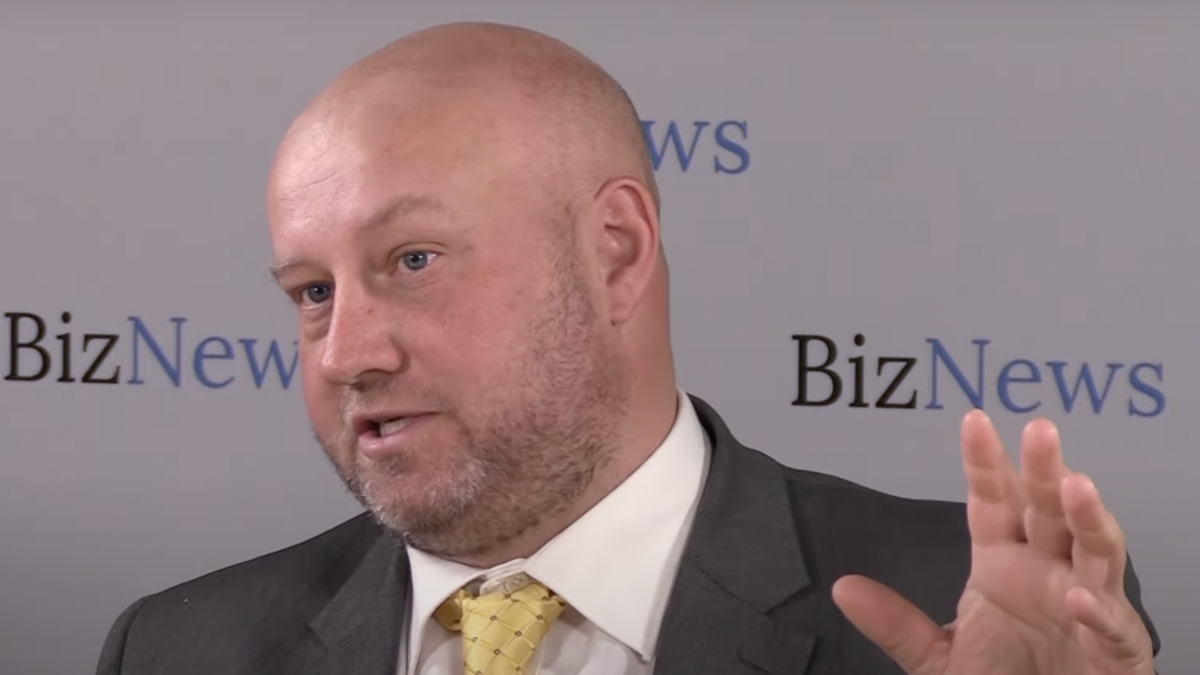 Independent analyst Dr Frans Cronje’s think tank, the Social Research Foundation (SRF) has issued a report showing the ANC would likely win an absolute maximum of 52% of the vote in an election modelled on voter turnout of 56%. The SRF report has garnered significant attention primarily because polling company Ipsos puts the ANC at only 42%, according to its latest polling data. The big difference between these two is the SRF report dealt only with registered voters while Ipsos didn’t. South Africa’s voter turnout is historically poor. In the 2019 national election, about 66% of the electorate turned out, dropping from 73.4% in 2014. For the 2021 local government elections that figure is even bleaker, at 46% down from 57% in 2014. Among registered voters, Cronje says they’re polling the ANC at 46.9%, “and then when we start creating election scenarios, factoring in voter turnout levels, the highest we can get the ANC to is 52%.” He says the data regarding the slumping fortunes of the ANC is unambiguous. The SRF report highlights that if only urban South Africans voted, the ANC would muster only 33%. Conversely, if only rural SA headed to the polls, the ANC would win a two-thirds majority. ANC voters are ageing and rural in an urbanising economy. Cronje is adamant that the future survival of the ANC come 2024 is less dependent on anything it does or says, but “is a question of whether the people who wish to beat it are able to pull together sufficiently to shore up confidence in coalition options”. If the ANC manages to scrape by in two years’ time, it will be a reflection of a disjointed and ineffective opposition in South Africa which simply couldn’t get their act together. – Michael Appel

Dr Frans Cronje on his continued optimism about post-ANC rejuvenation

That wouldn’t change. I was aware of the content of that SRF report at the time that we spoke to Alec. So absolutely it hangs to look at the direction of drift. That’s the point. Over 25 years ago, South Africa became a democracy. It does that for one big reason, that if a point is ever again reached in the future of the country where it is not well governed to the advantage of the majority of its people, they will have the ability to do something about that. Now, 2004, the ANC goes to a peak politically of 69% on the top. And basically things are getting better in the country, lives improving, the ANC is being rewarded. We are now polling the ANC amongst registered voters at below 50%. And then when we start creating election scenarios, people who are likely to vote and factor in voter turnout levels, the highest we can get the ANC to is 52%. So that’s 20 points off the peak that it was as a consequence of the manner in which the country is being run.

If you look at the direction of travel, the data is unambiguous and a few points here or there won’t change that. There is a reform movement in the country. There is a social compact in the country. And the sort of hues and cries from business and other observers that something must be done. Someone must do something. It is very well advanced. And it is moving really quickly. And perhaps the extent of that is best brought out in a stat we produced recently that if only urban South Africans could vote, the ANC would get 30%. If rural South Africans only voted, the ANC would get about a two-thirds majority. Rural people, older lower living standards, better living memory of the apartheid era, which is useful for the ANC because in relative terms, the appreciation of the extent to which things improved in the country after 1994. But South Africa is a country that’s urbanising. It’s a country with a younger population. It’s a country where levels of education, despite the school system, are improving, where income levels have increased pretty quickly, and where any of that starts to happen, the manifestation of the ANC election promise of ‘a better life for all’ after 25 years ago, that party is getting hammered and I don’t think that that trend, in the greater scheme of things, is going to be reversed.

Well, 2024. Absolutely. And look, let’s start there. It’s been a long term call. I think in 2012 was the first time I’m on the record in print that the observation was made. We think the ANC can lose its majority and that year is 2024. And that was quite a thing to do because this was based on the nascent trends. We could already begin to see what was happening amongst better educated people and urban people and could extrapolate that together as population growth and the like. And now we actually see it in, in real time and it’s straight forward from the political data. How to beat the ANC is no longer a difficult thing. It’s no longer a mystery. There’s no longer a need for any deep strategy. If opposition parties in the country pull together in a direction that brings about – modest initially – but sustained improvements in peoples’ standards of living, then the ANC has no chance at all. The factor that will determine whether the ANC wins in 2024 is not really anything the ANC itself might do. It’s a question of whether the people who wish to beat it are able to pull together sufficiently to shore up public confidence in coalition options. That is the unknown factor at the moment.

The ANC getting 52% is based on 56% turnout amongst likely voters. So if we test only registered voters on their support then we put the ANC at about 47%. But then we ask a battery of related questions. Did you vote before? Are you likely to vote again? And then we can create different turn-out scenarios depending on the mood in the country. Now, are you so inspired by the manner in which the coalition is pulling together to save the country that you get out of bed at sunrise, crack of dawn on election day and go and vote? Or are you so disillusioned because this is what the ANC is going to have to do? The ANC is going to have to convince the voting public that the coalition is going to be so wracked with infighting, conflict, sabotage and delay.

On the role independent candidates can play in upcoming elections

It’s a bit tough if you’re on your own to pick up sufficient votes to put yourself into play as a serious option politically. So the way around that would be to sort of arrange them in a loose affiliation, a sort of networked political structure that has some of the infrastructure that allows them to succeed. And then, possibly it can work.

It appears from the numbers that the DA does not draw more than a third of its votes from any single race group. That’s extraordinary. We did word associations where you ask which party do you associate with this or that phrase. So good governance or good policies or accountability? The DA comes out on top mostly. Amongst registered voters its neck and neck, often with the ANC, which given the different share of the vote they draw is very significant. So even ANC supporters and voters lean to saying, well, the DA is better than the ANC. If you then go on and say which party do you associate with the word racist. The DA comes in neck and neck with the EFF. If you then go a step further and say words like violence and division, then the EFF’s way out on top and the DA is not there. So these are the factors. The DA’s voter base is completely racially diversified. Voters disproportionately think that the DA governs better and has better policy and better ideas. But voters think that the DA is racist party to a more significant extent than you would believe based on the first two points that I’ve made.

In my opinion, what is happening is that ANC voters, realising the party has lost its way, has betrayed them, makes them very angry. It can no longer meet their expectations, and they start to look around at alternatives. Two of the DA’s major political talking points. We are not corrupt and we govern better. And I think in the main, ANC voters now accept that. So it’s correct that a significant portion of them do increasingly.

On the EFF being natural bedfellows for the ANC

From a policy offering they’re not fundamentally different. The EFF or the Radical Economic Transformation guys of the ANC or even the ideological left of the ANC. I think early on the EFF’s idea was to leave Luthuli House and create a balance of power outside of it that forced the ANC to beg the EFF to return strategically. EFF strategy for the moment is it would be nice to get back access to the patronage networks. But do you bolt yourself to the collapsing building of the ANC? Or is the direction of travel as firmly established as I’ve suggested to you in which case if you join up with it, it pulls you down. And that would be one of the strategic challenges that faces the EFF. But yes, they’re natural bedfellows. But you know, these are bright guys. These are high calibre political operatives. They are good at strategy. The EFF are very good at that.