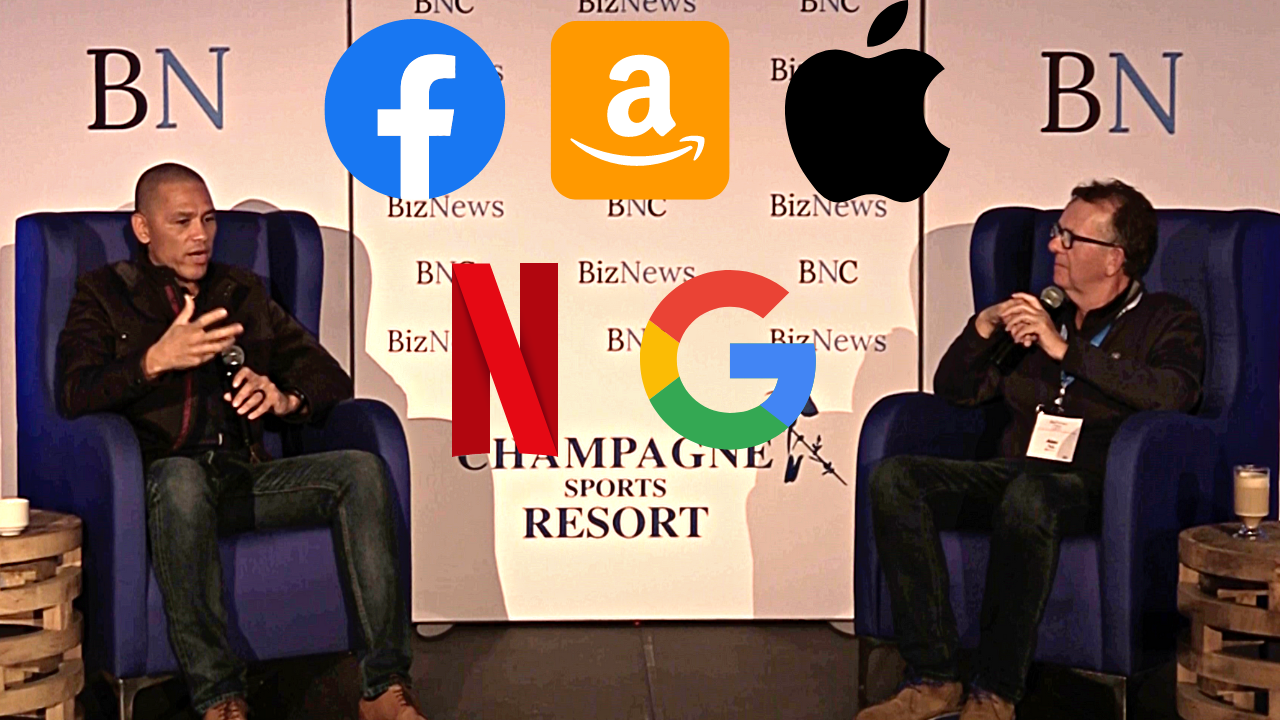 In this fireside chat with former Google exec and technology expert Stafford Masie, he shares his life story – escaping unfortunate circumstances and finding his way to Israel, where he began his journey in computer science, upcoming technologies which are likely to change the world, quantum computing, crypto and which FAANG companies have a promising future.

Stafford Masie on the future of technology in Africa

The only difference between someone who’s walking in the streets of Eldorado Park and myself was I got exposed. I think you see a different perspective when you meet people with different opinions. It broadens your viewpoint, so when you come back home, you’re not interested in stealing a car or, you know, wearing certain branded goods, etc. You’re just not connected to that anymore because there’s a broader context to your life. And I think that’s the promise of technology and the Internet, you know, the positive promise, which is if we can cascade a positive view where people can see different people’s opinions, they can see and be exposed to different cultures. The theory is that if that occurs, it gives them a broader perspective and that broader perspective unlocks the latent human potential. And when that gets connected, today to not just we used to talk about the next billion people coming onto the Internet, being in Africa and being connected. That story has changed quite fundamentally over the last four years because it was just about the next billion people coming that’s going to be connected to the Internet and they come from Africa. There is no other place with a billion people to be connected. But the difference is that when these people get connected, they don’t just get connected to broadband and information highways, they’re being connected to disparate species of artificial intelligence. And that human-machine symbiosis is a very interesting thing to observe because AI unlock and feed into latent human potential. And I think that is quite interesting because when we have this human mass applied to some of our biggest problems in the world, I think we’re going to see cancer being solved, for instance. I think we’re going to see some of those big challenges that we have. And I think it’s going to come from the African continent. A lot of people say, “Will the next Twitter come from here? Or the next Facebook come from? Will the next Google come from here?” I don’t think so. I think the next Facebook of agriculture will, I think the next Yahoo! of financial services will, because I think what we are challenged with here is fairly different from a technological perspective.

I love that quote that says: “The future’s already here, just unevenly distributed.” It’s so true. And, quantum computing, people at IBM are messing around with it. The Chinese have some elements of it. But I think when you take a look at computing, you know, when we talk about quantum computing, we normally segue into intelligence. And when we define intelligence, we always have this linear view of intelligence. We think about a squirrel that can remember where it buried its food, and we say, that’s an IQ of X, and then we move to a chimpanzee and it has more cognitive capability. And we say, Well, that’s an IQ of Y, you know, X plus Y, and then we get to a dumb guy and then we say, okay, he’s got an IQ of this. And then we get all the way to Einstein. We say IQ of that, and then we define intelligence in that way. But intelligence is not really in the real world applied in that way. That’s not when you take that intelligence and you take that cognition and you take the human brain, it never works in that way. It’s never one person. It’s always combinatorial, it’s always collective. So organisations are collective forms of coagulated intelligence. It’s collective. It comes together, you’ve got HR, you’ve got marketing, you have finance, you know those collective intelligences. When they combine, they solve incredible problems. And just to give you an example. You take a pen on a table, you pick up a pen and you say, Can anyone in this room make this pen? Can anyone explain how to make this? I did this the other day with my kids. If you take a look at a spoon, look at a pen, a pencil. The mining, the technology that went into the mining of the raw materials all the way through to the manufacturing and ultimately the delivery of that. We are combinatorial capability as a species, that collective intelligence is actually our power. Now, coming back to the notion of quantum computing, we always think about we’re going to give this quantum computer a huge data lake or disparate repositories of datasets, and we’re going to feed it in and it’s going to give us an outcome, I think, where it’s really good as linear applications. Watson being able to disseminate radiological information better than any radiologist, that’s profound, you know, Blue playing against Kasparov and beating him. We saw, the Go game with the Google guys, right? Playing that game. I forget the name now and thinking up more moves, but that’s not its true potential and that’s not its true applicability. And what I mean by that is it is the best form of radiology is when you take that cognition that the machine has and you combine it with organic cognition. When inorganic cognition meets organic cognition, then you get the best derivative. So the best radiologist in the world is a radiologist with Watson. The best chess player in the world is not Kasparov playing against Blue and beating it. No, the best is a centaur. It’s when you take an AI and you combine it with a chess player and that derivative is a centaur and they play against each other called centaur leagues. So I think when you look at quantum computing, it’s fascinating to see a machine take data sets and compute it and think about trillion moves and trillion derivatives and give us answers. The question is how do we apply this in our day to day and how do we build businesses that are better at sector? I think is a governmental issue. So we can get to that in a second where you can take huge data sets from the population and you give it to a quantum computer and you can spit out predictive analytics that are dystopian. I mean, I’ll give you a very simple example. I give me your Makro card. If you shop at Makro, give me the inside swab of your cheek. I can feed that into a quantum computer. And with a little bit of your DNA and a chemical composition, make up what your grocery bill looks like over a very short three-month period of time. I can predict what lifestyle diseases you’re prone to have. Boom, boom, boom, boom, boom, boom. Right. You can get dystopia instantaneously. So those are interesting applications. But I think from a business perspective, and I think from a societal perspective, what’s more interesting is the notion of disparate species of intelligences coming together and creating things that we’ve never seen before. So to give you a practical example, the most valuable companies in the world today, let’s call them quantum computers. I mean, Google’s PageRank is a quantum computer. You know, there is no human being inside of Google that can explain PageRank anymore.

On which of the FAANGS are losers

Economically speaking, I think Facebook’s to lose in the next 3 to 5 years. I think the metaverse the way he wants to do it and us all going into his metaverse, I don’t think that’s what we want to do. I think we’ve already seen Facebook being a dystopia. Like I said, Milton Friedman gave us a fitness function that gave us businesses. What? I mean, look at our businesses today. We’ve got five businesses with a net asset value that outstrips the next 200 to 300 companies on the S&P 500. But they don’t just outstrip them on net asset value that outstrip them on the harvesting of humanity. If you could take that graph with that scale and measure them based upon human attention, we’ve never seen anything like it.

ON the other FAANGS

I think Microsoft’s interesting because it’s still got an enterprise play. I think Amazon, if they split AWS out, becomes the most valuable business in the world and it goes toe to toe with Apple, in my opinion. I think of AWS sitting inside of Amazon. They just took their infrastructure, their IT infrastructure and they said we have so much of it, let’s open it up and allow other companies to run their technology on top of our systems. And we’re going to call that Amazon Web Services. And luckily, the technology, the standards that caught up and now there are more businesses that run in AWS and they outstrip Amazon’s value. I mean, the CIA runs all its services inside of AWS – Netflix runs inside of AWS. I mean keep going. Uber runs inside of AWS, the biggest businesses in the world, their infrastructure is run inside of AWS. So I think if they split that out, AWS becomes the most valuable business in the world in my opinion. I think Amazon, I don’t know what happens to Amazon then. Then it’s just a bookstore marketplace thing and I don’t know if it could survive without the margins that AWS feeds it. I think Facebook – we are all tired of it. I think this fatigue, I think the kids are not into it. I think legislation will crush them in a lot of ways. I think metaverse is a head fake.