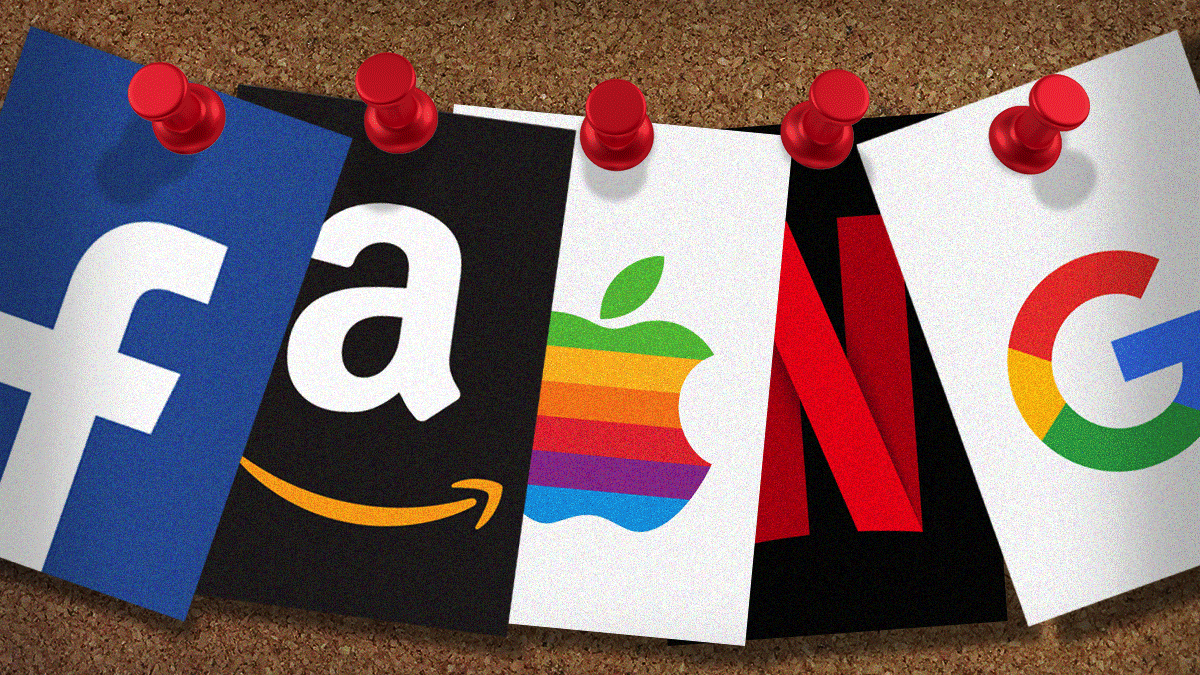 In recent weeks, the BizNews tribe has been subjected to strong opinions on why ‘Value’ stocks are about to enjoy a massive re-rating – and high flyers of the past few years set to fall even further after the recent 30% correction. London-based Mark Perchtold presents the counter view, arguing that concerns about inflation running riot are overdone and as a result, that it is time to start accumulating beaten-down Big Tech stocks. The cornerstone of his mindset is a view that technological advances, population growth and globalisation will continue to exert a powerful influence on price increases. And as a result, once aberrations like supply chain blockages, interest rate hikes and the Ukraine War are behind us, the world will return to a place where deflation, rather than inflation, is a more likely danger. He spoke to Alec Hogg of BizNews.

Mark Perchtold on his business model and how it works

So traditional portfolio theory will tell you that the more bonds you own, the less risk you have in your portfolio and the more equities, the more risk you have in bonds, in equities, the core building blocks of portfolios in the main, particularly in in the retail investment world, but also for many high net worth investors, that will make up the bulk of the portfolio. You have obviously private equity, hedge funds, venture capital of asset classes, which make up a smaller portion. But for them, for the most part, it’s equities and fixed income. And the approach could be to go and pick shares or go and pick bonds or to go and pick managers, as many financial planners would do. If they would have managers in a portfolio, they would use Coronation and Allan Grey, 91, Sanlam before it, and Old Mutual in South Africa. So that’s picking managers and you might have a discretionary fund manager pick those managers for you. And what we’ve seen through various research or lots of research we’ve done and various reports we’ve read is that with a lot of managers, native fees don’t beat the benchmark. So if you selected a group of managers across the globe, let’s say you wanted an Asian manager, a European manager and a US manager for your various exposures around the world. Native fees. Many managers don’t beat the benchmark

On if he charges performance fees

Very important. I mean, that was one of the things we wanted to do. We wanted to offer a better solution to retail investors who are often overpaying. That was our end goal in setting up our business. We started dealing primarily with ultrahigh net worth and family offices, but many friends and family and people we knew said, can you not do something for us? And so as we’ve evolved, we’ve now launched funds where we cap our total expense ratio and our fee as a manager is 0.3%. So ETFs themselves are low cost, and then we’re not being greedy by taking a big fee. We don’t take performance fees. We just charge 0.3%.

I’m not as bearish as many market participants out there at the moment. I think we’ve already come quite a long way this year in terms of a correction. I mean, the Nasdaq peak to trough was 30% odd. If you look at the technology specific sector, it’s down over 40%. and the Nasdaq, by the way, is not only technology that’s associated with technology, there’s actually other sectors they are in. I would say one should be cautious of the type of growth you want to own. There are a lot of businesses that have listed that have raised money, that have never turned a profit, and now things are coming home to roost. So it is correct that many of those companies have fallen 80 or 90% and measure is just as they should have the defunct business models. They have funded their businesses on cheap capital that is no longer available. Whether that was debt markets because funding rates were low or equity markets were people willing to throw cash into the equity market, that world’s gone away. But in my view, big blue chip companies that have strong cash flows, that have incumbent client bases, that sell good products and services that are not trading at low multiples, which may not be super low. And talking in the growth space, you know, they’ve come down maybe to the mid or low twenties, in some instances, for the larger capitalisation companies. For me, now’s the time to start buying them. I’m not saying this is the low. It’s impossible to predict the bottom, but it’s when it feels most painful and difficult that one should begin investing in them.

I think you could argue that we could potentially have deflation. I listened to a very interesting presentation about, you know, potential deflation. And some of the arguments are logical. You know, if you think about what’s been happening in the last decade, you’ve had central banks, the Federal Reserve, the ECB, the Bank of England, the Bank of Japan, keeping rates negative super low, coupled with quantitative easing, and they have been unable to stoke inflation. So what’s triggered inflation now is partly a post Covid pandemic supply chain bottleneck issue Russia, Ukraine, invasion and the energy crisis. And that’s sort of started to feed into wage inflation, which for me is a worry, a wage inflation spiral. But given that those can easily reverse, you know, in terms of the energy problem – supply and demand starts to rebalance and organise itself and supply chain disruptions are already abating. You can see a world demand restructuring has occurred if people start spending less and worrying about a recession and interest rates are higher. And so there’s a slowdown, as we’re starting to see. Then you could start to see asset prices come down from a basket of goods.

I don’t think inflation is going to be this high for much longer. And your base effects are also meaningful. You know, once something’s inflated, you’re now at a high level. So I think there’s a lot of alarmist concern out there about inflation. But if you think for 12 years post GFC, you know, more, you’ve had negative and zero interest rates and no inflation. And the reason for that is quite simple. You’ve got globalisation. The goods and services can move more easily and so could labour. You’ve had technological advancements and you’ve got more humans on the planet than ever. We’re going to 8 billion people, many of whom are more educated, more urbanised and willing to work so we can bring down wages. Because you have more people who can do the job and you’ve got technology and you’ve got globalisation. So why does there have to be inflation?