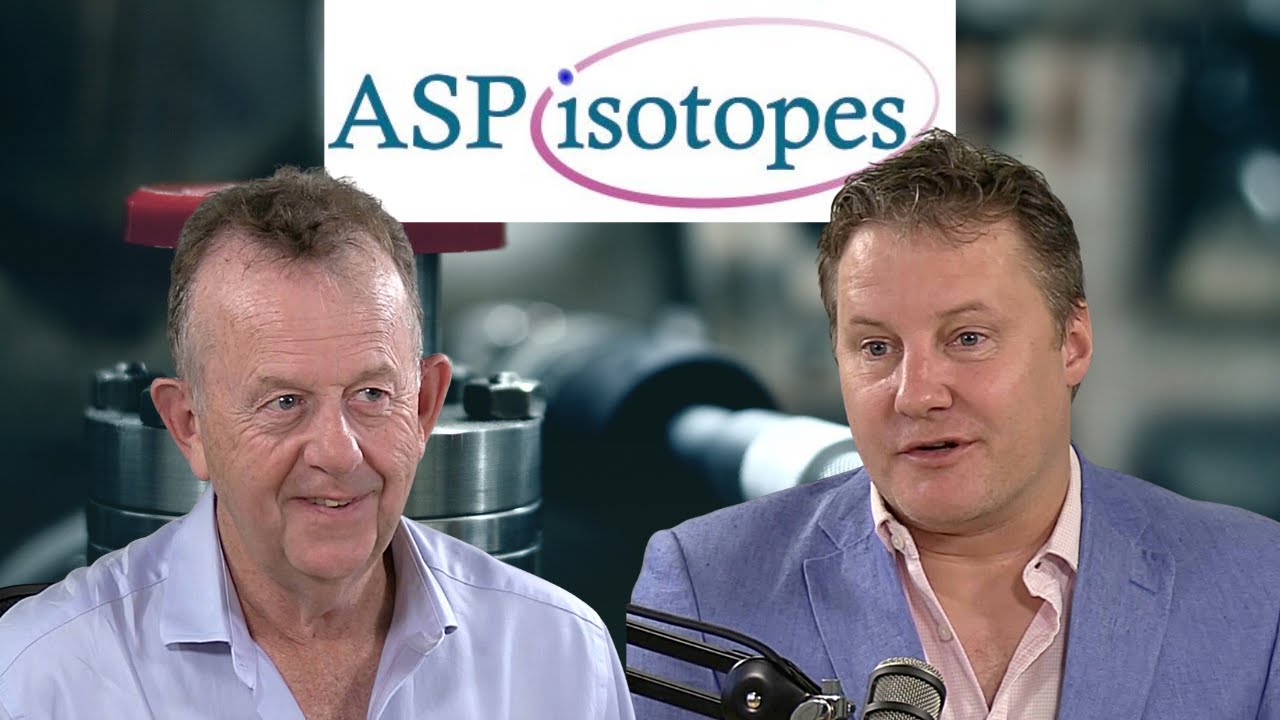 Recently listed on Nasdaq, Pretoria-based ASP Isotopes has secured a long-term contract for a significant slug of the Molybdenum-100 being produced by its new plant. In this interview, the company’s chairman and CEO Paul Mann celebrates a watershed moment that has been two decades in the making. He spoke to Alec Hogg of BizNews.

Last week we signed our first contract as a company. It was an exciting time for the company. As I said last week at our meeting, we have a headline capacity of 20kg a year and we have interest from customers of four times that production quantity. Molybdenum is used in the healthcare industry and right now the FDA has put molybdenum 99 on the drug shortages list. That shows you just how challenged the supply chain is. It is not surprising there has been a lot of interest from customers for our product. Last week we signed a contract with a very large Chinese customer for a large portion of our offtake from the plant. The total dollar number is about $27 million a year in revenues and it’s a 25 year contract. So, that is pretty material for a company that size.

A lot of technology has been used to get us here. It is worth pointing out that China has very ambitious plans for healthcare over the next 5 to 10 years. If you look at the five year plan, they intend to add 60 cyclotrons into their health care system. And a cyclotron is what converts molybdenum 100 into the final product that’s given to the patient. So, they are really embracing this new way of producing isotopes or producing medicines. I can see why – according to the FDA shortage list – countries should be doing this.

The shortage is globally. The FDA is the only healthcare authority to put it onto a shortage list. If you talk to radio farms in South Africa, there isn’t any available in South Africa either. But, we’re in discussions with customers in the United States and other countries, too, so, we’ll have to see how those negotiations and discussions go.

The percentage of output going into the building the plant

We are not disclosing that number, mainly because we haven’t disclosed what the final output of the plant is going to be. We’ve said that the plant can do 20kg a year and that’s what we’ve publicly stated. However, we’ve got a bigger demand than 20kg per year. We are working hard to try and expand the plant and I think in the first quarter next year, we’ll have an update for investors and an update for the public of just how big this plant can be.

Building a second plant for molybdenum

There comes a certain point where we can not expand this plant any further. At that point, it would make sense to build a second plant. I think we can expand this plant to meet the needs we have in hand right now but let’s see where demand grows over the next several years. Building a new plant would only take about 10 to 11 months. So, we can build a second plant identical to our first plant in a different location or the same location very quickly.

We have two inputs into this product. The first is molybdenum hexafluoride. The second is energy. South Africa suffers from an energy standpoint, so my thinking is, rather than building a second molybdenum plant in South Africa, we build it somewhere else. It is also not worth having both your plants in exactly the same building or region.

Where molybdenum is mined

Molybdenum is mined all over the world. Our molybdenum hexafluoride is currently from a US supplier. We are actually going to build our own fluoridation facility here in South Africa to allow us to take molybdenum metal and convert that to molybdenum hexafluoride, put it through the plant, and then recycle the fluorine and sell the metal afterwards. That is a much more environmentally friendly way of doing it.