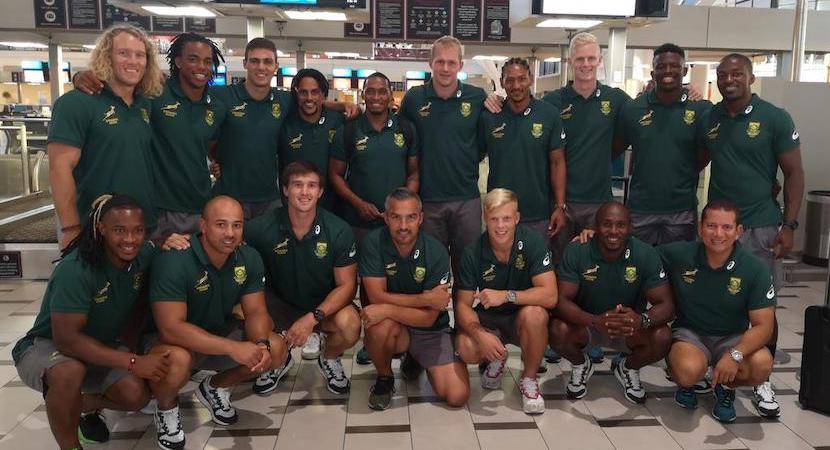 JOHANNESBURG — The Las Vegas round of the World Sevens Series tends to be a happy experience for the Blitzboks, but they normally come into this halfway mark of the competition with a fair degree of success behind them and confidence levels high. This time it’s a different story as they are 4th on the overall log, having finished 6th in Dubai, 3rd in Cape Town, 4th in Hamilton and 5th in Sydney. Compare that with last year when the Blitzboks were top of the log as they arrived in Las Vegas with a win in Dubai and two 2nd place finishes on the Australasian leg of the competition. They came 4th last year in Las Vegas, their worst finish in a wonderful year when they retained their world crown. But they had oodles of experience to draw upon and while injuries were the usual problem, the depth of talent was enormous and coach Neil Powell had no problem filling the gaps. This year the team is struggling with form mainly due to a lack of experience among some of the players. Frustratingly for Powell, he continues to lose good men through injury, the most recent being big Chris Dry whose physicality will be sorely missed in the desert. Clinching a Cup semi-final will be a huge achievement for the South Africans, but if they’re to stand any chance of regaining their world crown, a win is an absolute must at this stage of the World Sevens Series. – David O’Sullivan

The Blitzboks have won the HSBC Las Vegas before – four times in the last eight years to be precise – which is why Springbok Sevens coach Neil Powell sees a light at the end of the tunnel as the fifth tournament of the HSBC World Rugby Sevens Series looms large.

And it’s not an approaching train, but rather the end of a dark road for the Blitzboks, as they are looking to bounce back from their worst start to the World Series in a long time.

This time around, Powell believes the extra day – due to an earlier arrival as usual – will help the team in fine-tuning the needed elements of their play to make them feared opponents again.

The Blitzboks’ best finish this season was a third place in Cape Town, a far cry from two years ago when they arrived in Las Vegas aiming for a third successive title and a fourth Cup from the first five tournaments.

The youngish make-up of the squad differs radically from the one that swaggered into town then, but to Powell time on the training pitch will bolster the Blitzboks’ chances. He is World Rugby’s Sevens Coach of the Year, after all, so the more he coaches, the better the expected outcomes.

“We had a short turn-around from Sydney, which means that time to prepare for this tournament was not ideal,” said Powell.

“The extra day will suit us, as we will have more than enough time to adapt to the time difference and the long travel, and it gives us another session to iron out the small issues that plagued our play in the previous two tournaments.”

Powell is looking for more consistency in execution, with the team not yet able to put together a solid combination of attack and defence.

“When we were good on attack, our defence lacked, and vice versa – it’s something we need to improve on,” said Powell.

“This is especially true for our defence, where we are not keeping to our normal standards. We have a couple of exciting ball-runners here, so I am pretty sure the tries will come. It is keeping the opponents from scoring that will be the challenge.”

The dynamics of the team is slightly different as well, with four players in their first USA tournament.

“The new guys have now done the long-haul trip and know what it feels like. They are still bringing good energy and I am keenly awaiting their performances,” said Powell.

The Blitzboks face Japan and Chile on the opening day of the tournament, to be played from 1-3 March at Sam Boyd Stadium, which is early Saturday morning SA time.