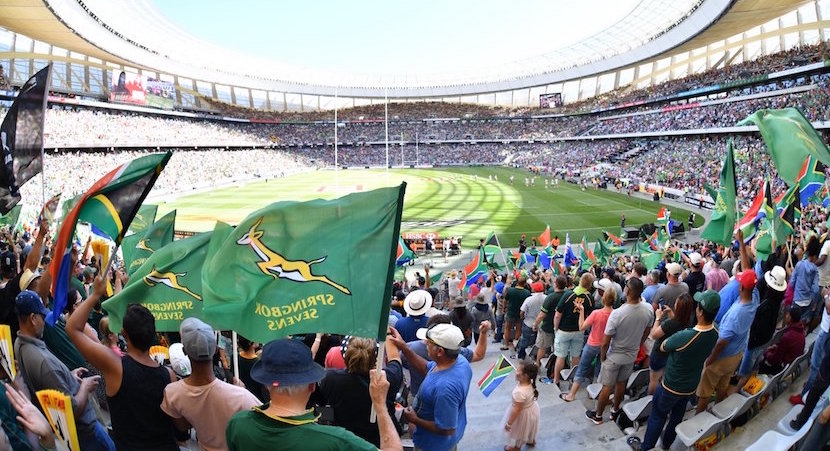 South African rugby players have started training again for the first time since the game was suspended in March due to the Covid-19 lockdown. While Super Rugby franchises in New Zealand and Australia are back in action in separate tournaments, the South Africans have been sitting idle. Eight teams are back in training – the four Super Rugby franchises (Lions, Bulls, Stormers and Sharks), the two Pro14 teams (Cheetahs and Southern Kings), and two Currie Cup teams (Pumas and Griquas). All club and school rugby remains suspended. SA Rugby is not optimistic that any international rugby featuring the Springboks will happen this year due to the suspension of international air travel. Last month, the World Rugby Sevens Series season was brought to a premature close after the remaining tournaments were cancelled, and the start of the 2020/21 season has already been disrupted with the cancellation of the first two tournaments – Dubai and Cape Town. SA Rugby is hoping that the tournaments can be rescheduled for 2021. There’s no predicting what the immediate future holds for international sport, and further changes to the international season can’t be ruled out. – David O’Sullivan

The Cape Town leg of the HSBC World Rugby Sevens Series – provisionally scheduled for 4-6 December this year – has been cancelled due to the ongoing and dynamic global nature of the COVID-19 pandemic, World Rugby announced on Wednesday.

The Dubai leg of the Series – with which the Cape Town event is paired – has also been cancelled. The events were due to be the first two legs on the ten-tournament 2020/2021 HSBC World Rugby Sevens Series.

World Rugby, its partners, SA Rugby and the Dubai organisers undertook a comprehensive consultation process and constructive dialogue to reach the conclusion.

The decisions were taken in line with relevant government and International public health authority advice and with the health and wellbeing of the rugby community and the wider public taking precedence. Cape Town – and Dubai – are due to return to a full Series schedule in 2021.

“This is a very disappointing development but far from unexpected,” said Jurie Roux, SA Rugby CEO.

“The HSBC Cape Town Sevens is a highly complex, international event that involves 28 men’s and women’s teams travelling from all the corners of the globe and considering the progress of the pandemic, both here and around the world, the prospects of being able to deliver our normal spectacular were extremely slim.

“The opening of air borders remains uncertain; the requirements of quarantining and the need for preparation time for teams really left us no choice. And even if we had been able to fly in 28 teams the likelihood is that we would have had to play behind closed doors, which held little appeal considering the unique nature of the event.

“Over and above all of that, the health of players and fans was of paramount importance and with the current uncertainties in that regard all parties agreed on the need to cancel this year’s event.”

The decision follows the recently announced conclusion of the HSBC World Rugby Sevens Series (due to the COVID-19 pandemic), with New Zealand confirmed as both men’s and women’s champions.

The Singapore, Hong Kong, London and Paris legs of the Series had to be cancelled, with World Rugby and its partners now continuing to focus on planning for the remainder of the 2020/2021 Series and the build-up to the Tokyo Olympic Games.

A working group chaired by World Rugby Executive Committee and Council member John Jeffrey and including representatives of host and participating unions, players and coaches, has been formed to review contingency plans and evaluate preparations for the safe, secure and impactful return to international rugby sevens competition, and to ensure that the product is the best it can be for hosts, participating unions, broadcasters and commercial partners.

World Rugby CEO Brett Gosper said: “While we share in the disappointment of players, teams, fans, hosts and everyone involved with the popular events in Dubai and Cape Town, this is a prudent decision taken with the health and wellbeing of the global rugby community and wider society as our top priority and guided by the relevant government and international public health authority advice. We look forward to welcoming these wonderful destinations back to the Series following this year’s hiatus.”