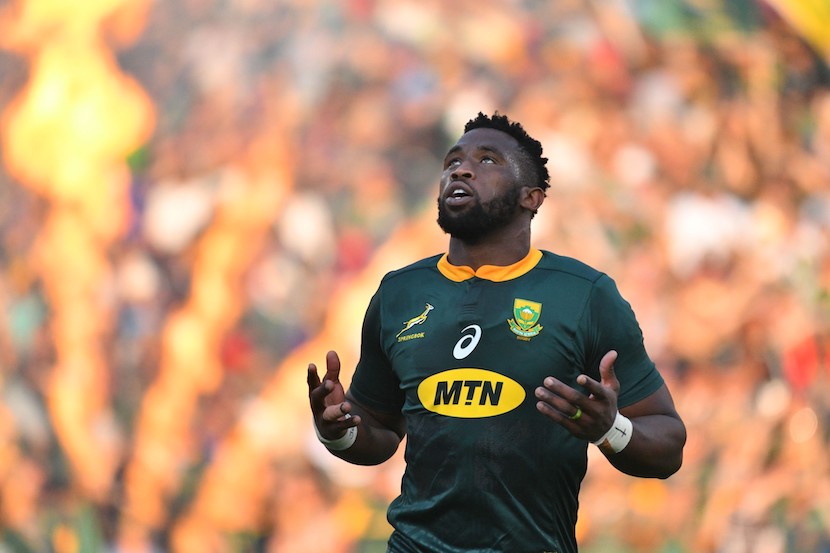 The South African rugby team, the Springboks, will face Ireland and Scotland in Pool B of  the Rugby World Cup in 2023, to be hosted in France. Asia Pacific and Europe were also drawn in group B.

South Africa’s rugby rivals, the New Zealand All Blacks, were drawn in Pool A with Italy and host country France. Wales, Australia and Fiji are drawn together in pool C. Pool D groups England, Japan and Argentina together.

On the occasion of the 10th Rugby World Cup, the encounter between South Africa and Ireland will be a first because Ireland has never managed to progress further than a quarter final match in a world cup tournament.

As the defending champions and top-ranked team in the world, the Springboks are one of five teams in Pool B, with two other qualifying teams.

The pool draw took place in Paris in a virtual meeting attended by all the participating teams. The Springboks have only lost three pool matches in seven tournaments – against England in 2003, Japan in 2015 and last year against New Zealand.

The Springboks have been in the same pool as Scotland twice before, in 1999 and 2015. Over the last 25 years, the South African team has played 43 world cup matches. Having lost only seven of those matches, the Springboks have an impressive reputation to defend.

South Africa’s team captain and its coach admit they have a more immediate challenge to prepare for at next year’s Lions series.

“We are obviously excited about the draw and although the Rugby World Cup in France is still almost three years away, it’s good to have an end-goal to work towards,” said coach Jacques Nienaber.

“To be in the same pool as Ireland and Scotland will be a massive challenge, but to win the tournament you have to be able to beat all the teams and we will be properly tested in the pool phases,” he added.

Team captain Siya Kolisi said he was pleased with the results of the draw. “It’s exciting, really, to know who your Rugby pool opponents will be for the 2023 tournament in France. For now we have to turn our attention to the massive challenge the British and Irish Lions will bring. There is huge anticipation, both at home and in the UK, for what promises to be another memorable Lions series in South Africa.”

Only the top three teams at the Rugby World Cup last year in Japan qualified for the 2023 tournament. Eight teams will still need to qualify over the next two years.

The South Africans could still face their historical rivals, the All Blacks, or play host team France in the quarterfinals of the next Rugby World Cup as the winner of Pool A will play the runner-up in Pool B.