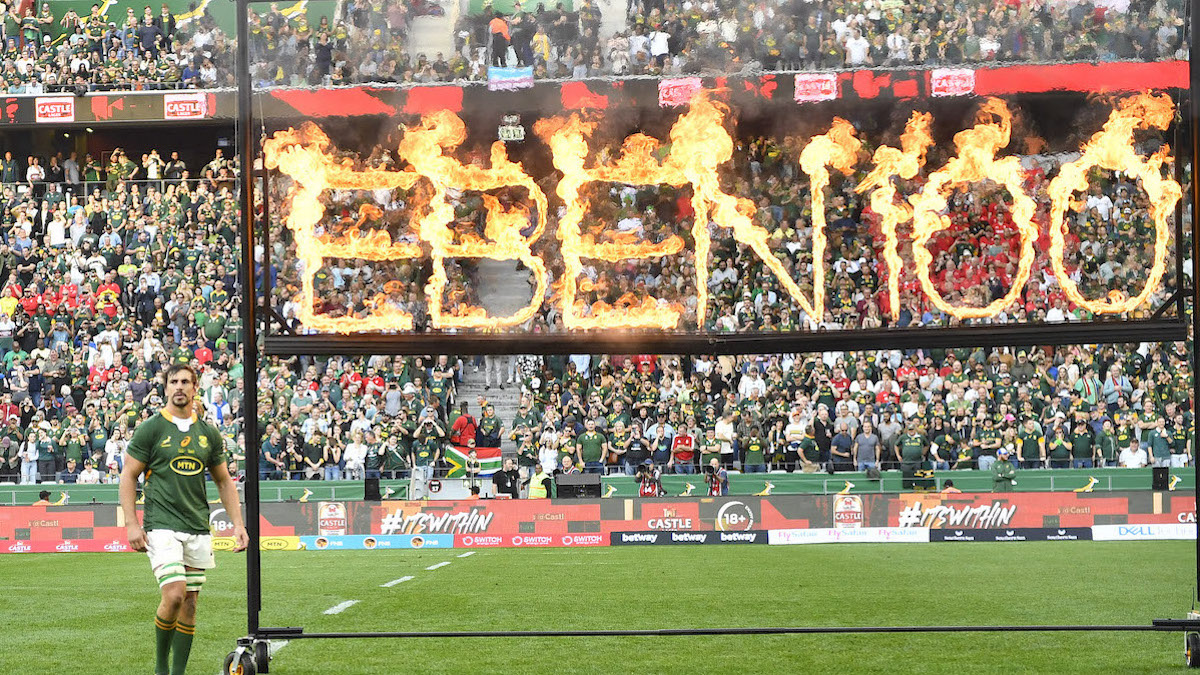 Etzebeth became the seventh South African to play 100 Test matches for his country and put in a massive performance to help his side beat Wales 30-14 in the third Test of the series. A huge structure with the words ‘Eben 100‘ was wheeled out onto the turf and set alight when Etzebeth ran out, while his fiancée, Anila van Rensburg, charmed the crowd with her singing of the national anthem. And when Etzebeth was substituted in the second half, the crowd gave him a standing ovation, while his peers on the Bok bench embraced him. – Sandra Laurence

The first time the rugby fraternity heard the name Etzebeth was actually way back with a guy called Cliffie Etzebeth – who was Eben’s uncle and a real hard man in WP rugby. (Playing for Western Province, Villagers, Police & Goodwood). He was also a renowned wrestler.

Eben probably learnt early that you cannot win a rugby match without an “enforcer“  in your pack – or was told so by Uncle  Cliffie  –  so he positioned himself well for his career and entry onto the world stage at the age of twenty as “The Enforcer”.

Who can remember when in the RWC 2019 final we saw the Boks take the field with four enforcers in their starting lineup – little wonder that we won. It’s tough for the opposition when they are up against such physical specimens for eighty minutes.

Eben’s early and mid career were characterised by nervous coaches wanting to know what he would do next, but after a few off the field, real life wake-up calls, it all changed. Eben developed an all round game plan and a new person, while never failing in his primary role as the #1 Enforcer.

His off the field skills developed immensely as he helps many fellow players develop and grab their opportunities – and also the fans who love it when he becomes really physical. After 100 games in the green and gold, the press and commentators are spot on when they say he has transitioned to become one of the team’s elder statesman.

A true accolade to a truly great player, and a human of note.

Halala, Eben – and a warm welcome to Durbs.