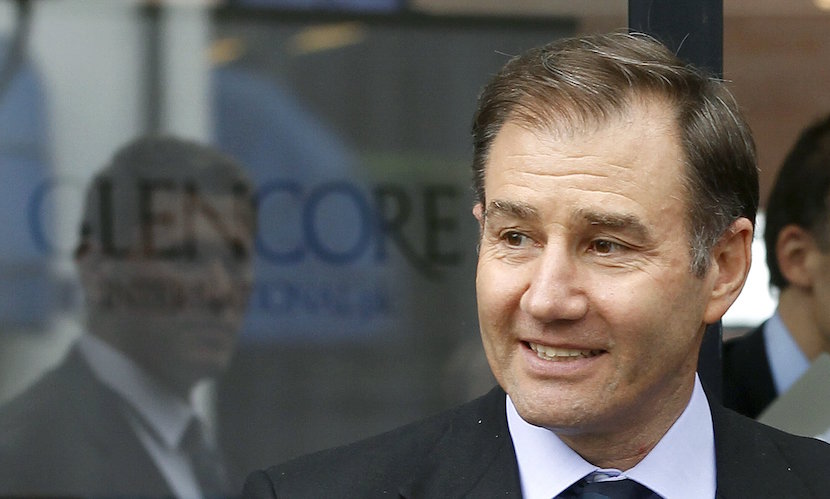 JOHANNESBURG — Envy is the dumbest of man’s character defects. But jealousy is surely the worst. Such small mindedness causes inestimable loss. Were it not for for this awful trait, especially when it comes to those who have achieved global success, decision making would so much better in SA. Elon Musk is the obvious example. The lad from Pretoria is regarded by many in his adopted home as America’s greatest living entrepreneur because of pioneering breakthroughs in motoring, space and solar energy. The smart move for those in offices on the hill in his former home town would have been to ask what he thought before committing future generations to a $100bn millstone of nuclear-created debt. But they’d rather rely on those with obvious vested interests to make it happen. And then there’s Johannesburg-born Ivan Glasenberg, regarded universally as possessing the quickest brain in global mining. As the story below shows, Glasenberg is a man of action with the ability to learn fast – as he has been doing while dramatically paring Glencore’s debt ahead of the rising interest rate cycle. He would make a wonderful sounding board for anyone sincerely wanting to address the mining sector disaster in SA. Instead, the official line from Pretoria could hardly be better designed to chase Glasenberg and his company out the country. What has been going down at Glencore’s Optimum coal mine is unconscionable. After months of wranging over price between the mine and its major client Eskom, a deal was finally ready to be signed. At the last minute Eskom CEO, deployed cadre Brian Molefe, entered discussions with his only intention being to tear up the agreement. Immediately afterwards a bargain priced bid emerged to buy Optimum. Predictably, it was tabled by the Gupta family, SA’s “chieftains of patronage” who also happen to be the country’s new uranium mining tsars poised to enjoy obvious benefits from any nuclear deal. The immigrant Guptas haven’t built an empire in double quick time by making expensive mistakes. They would not have put down cold cash for Optimum unless reasonably certain of being able to strike a deal with Eskom. Because without such a deal, Optimum is virtually worthless. Some might think this is just good business. It isn’t. For SA, what’s happened here has the added disadvantage of sending a stink into places from whence global investment capital flows. Much better for SA to have stuck to business rules, treated the company fairly and kept Glencore (and Glasenberg) as a friendly foreign investor. As a developing country hungry for capital to close large current account and budget deficits, SA needs as many of those as it can get.- Alec Hogg

By Jesse Riseborough and Sally Bakewell

(Bloomberg) – Glencore Plc’s aggressive approach to shrinking the industry’s biggest debt pile is fuelling optimism the trader and miner can retain its investment-grade credit rating amid the worst commodities rout in seven years.

To head off concern that an existing $10 billion debt- reduction plan wasn’t cutting deep enough, the company last week said it’s targeting net debt of as low as $18 billion by the end of 2016, down from $30 billion in June. Credit-default swaps insuring Glencore’s debt for five years fell the past three days.

Chief Executive Officer Ivan Glasenberg used an investor call to reassure shareholders the balance sheet can withstand a slump in metals that’s forced the top miners to restructure businesses and led most, including Glencore, to scrap dividends. With copper prices below what Standard & Poor’s uses to asses Glencore’s BBB rating, the second-lowest investment grade, the CEO also pledged to scale back operations, reduce costs and sell more assets.

“At spot prices, I think that they will be able to stay investment-grade with the measures they announced,” said Max Mihm, a portfolio manager at Union Investment, which holds Glencore bonds among assets totaling about $271 billion. “If commodity prices continue to fall, they again have to do more. But from the investor call, I understand that they are ready to do so.”

The company has already completed $8.7 billion of its revised $13 billion plan to cut borrowings. A Glencore spokesman declined to comment.

A gauge of six main metals has plunged 27 percent this year and the wider Bloomberg Commodity Index is near a 16-year low, eroding profits for the largest producers. Raw materials have slid as China’s slowdown curbed demand after years of heavy investment in new production. Glencore shares in Hong Kong lost as much as 6.5 percent on Friday.

Before the revised plan, JPMorgan Chase & Co. analyst Dominic O’Kane estimated Glencore had a $15 billion shortfall in its balance sheet that it needed to plug to retain its current rating next year. He now forecasts the shortfall is less than $1 billion and has upgraded his rating on the stock to overweight.

“After revising our estimates, we believe that Glencore’s credit metrics now fall comfortably within S&P’s BBB band on spot prices, without the need for any additional debt reduction or cost-saving measures,” Alon Olsha, an analyst at Macquarie Group Ltd. in London, said in a Dec. 11 note.

The mining company, whose stock is down 73 percent in London this year, is currently rated two notches above junk at S&P. Glencore has said it wants to increase its credit rating by one level to BBB+. Credit-default swaps insuring Glencore debt for five years have fallen to 805 basis points, according to S&P Capital IQ’s CMA.

Glencore shares rallied as much as 14 percent on Dec. 10, the day the debt plan was announced. The company said it’s able to remain “comfortably” free-cash flow positive, even if commodity prices decline further. It has more than $2 billion of free cash flow at current levels and predicted earnings before interest, tax, depreciation and amortization of $7.7 billion for next year.

Read also: Bloomberg View: Glencore is paying for “falling off the trader’s blade”

Based on that guidance, Glencore would generate more free cash flow than any other major miner next year, Macquarie’s Olsha said. The company’s trading division provides the bulk of the contribution, given it doesn’t need to invest as much capital as the mining business, he said.

The new debt program benefits investors because it reduces the prospect of Glencore needing to raise funding through another share sale that dilutes holdings, O’Kane said. The company, which sold $10 billion of shares in an initial public offering in 2011, also sold $2.5 billion of new stock in September to help pay down debt.

“Investors in general do think Glencore will retain its investment-grade rating,” said Saida Eggerstedt, a money manager who helps oversee about 29 billion euros of corporate bonds at Deka Investment GmbH in Frankfurt. “They have trusted Glencore over the years with its last-minute balance sheet fixes and their eye for being savvy in their investments.”