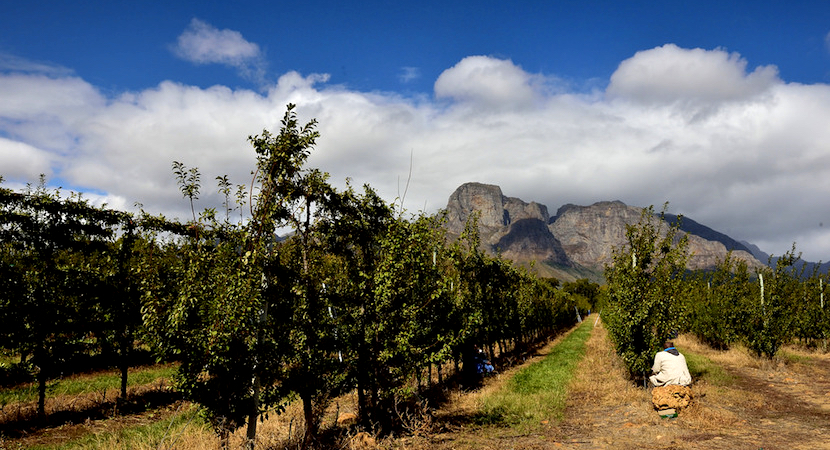 EDINBURGH — The ANC’s labour ally sees no need to amend South Africa land rules, says Bloomberg. The statement from the Congress of South African Trade Unions is in sharp contrast to talk by President Cyril Ramaphosa and others in the ANC that constitutional changes are essential to finally right apartheid’s wrongs. Although the election of Nelson Mandela in the early 1990s heralded freedom for the country’s dispossessed and oppressed masses, there has been no discernible improvement in lifestyle for the majority of people. Vast expanses of shacks populated by black people dominate cities and towns while elites enjoy luxuries behind security systems. The ANC has taken a leaf out of the Economic Freedom Fighters’ policy book by promoting land reform as the key to meaningful improvements. – Jackie Cameron

(Bloomberg) – The South African ruling party’s labour partner sees no need to change the country’s constitution to make it easier to expropriate land without compensation.

The Congress of South African Trade Unions, which is the country’s biggest labour federation and is in a political alliance with the African National Congress and the Communist Party, is opposed to changing the constitution, which already enables the state to tackle land reform, restitution and redistribution.

The clause that deals with land rights and expropriation “is important because it protects the poor from a possible abuse by a future government,” the federation said in an emailed statement on Wednesday. “In our quest to expropriate land from white people, we need not be shortsighted and throw the baby out with the bathwater.”

Government data shows more than two-thirds of farmland is owned by whites, who constitute 7.8 percent of the country’s 57.7 million people – a status quo rooted in colonial and white-minority rule. The ANC decided in December that the situation is untenable and tasked a parliamentary committee to review the constitution to address it. The panel is holding public hearings in parliament in Cape Town this week.

President Cyril Ramaphosa has given assurances that the government isn’t embarking on a land grab and any policy changes won’t be allowed to damage agricultural production. Even so, data released on Tuesday showed farm output contracted an annualised 29.2 percent in the second quarter and was a major contributor to the country falling into its first recession since 2009. Agri SA, a farmers’ lobby group, has observed a sharp slowdown in farm sales.

Agri SA has slammed the ruling party’s plan to change the constitution, saying there was very little cooperation between the national and provincial government on land reform, and that bureaucracy and an ineffective legislative framework were frustrating the process.