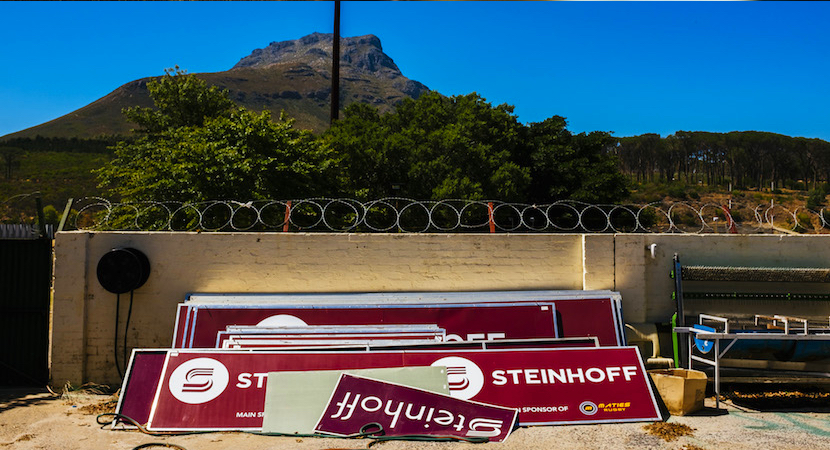 EDINBURGH — Markus Jooste and the Steinhoff family including current Steinhoff director Angela Krüger-Steinhoff, pulled off a massive swindle over decades, with Steinhoff bigwigs on either side of deals designed to benefit themselves. This has been revealed by investigative journalists with amaBhungane in a piece published by the FM, which details how Jooste and friends constructed complex transactions across the globe. The Steinhoff scandal erupted around this time last year, with Jooste resigning amid allegations of financial irregularities. Over the past year, auditors have had to go back in time to follow the money. This latest information comes from the Panama Papers, a massive leak of information that has exposed many wealthy people for money laundering and is behind the jailing of former Pakistan Prime Minister Nawaz Sharif on corruption charges. – Jackie Cameron

Former Steinhoff CEO Markus Jooste held secret stakes in companies that traded with Steinhoff for years to Jooste’s covert benefit. These deals’ true beneficiaries were hidden from investors, report amaBhungane and the FM.

Some of the deals also secretly included the Steinhoff family, through a trust founded by the company’s founder, Bruno Steinhoff, for his daughters, including current Steinhoff director Angela Krüger-Steinhoff, says the investigative unit.

“Weeks ahead of the expected findings of a PwC forensic report on what went wrong at Steinhoff, this new evidence suggests Jooste, 57, used Steinhoff to secretly enrich himself and Bruno Steinhoff’s family at the expense of shareholders, who were none the wiser about this “self-dealing”.

“It also suggests that, contrary to the view that Steinhoff only took a wrong turn shortly before it imploded last December, a systematic heist played out from the start, when Steinhoff listed on the JSE in 1998,” say the journalists.

Jooste built a network of a few key individuals who helped him construct these secret deals for two decades, according to the report in the FM.

“Two linchpins of the network were a British property developer, Malcolm King, and George Alan Evans, a Geneva-based former banker with a patchy history.

“King, 74, sometimes fronted for Jooste in furniture company trades, while Evans handled Jooste’s and the Steinhoffs’ offshore companies, using ‘placeholders’ to hide the identity of the real owners.

“For example, Jooste used one such company to amass a stake in a listed Australian firm shortly before Steinhoff acquired it. This may have been an example of insider trading, which is illegal.

“This pattern of purchasing hidden stakes in companies, which were in some cases bought by Steinhoff for a premium, confirms what investigators have been trying to uncover,” reports the FM.

The revelations come, in part, from the Panama Papers — the cache of 11.5-million documents leaked in 2015 by Panamanian law firm Mossack Fonseca to German newspaper Süddeutsche Zeitung and shared with journalists around the world. But a substantial number of new documents were also sourced from people with intimate knowledge of Steinhoff’s inner workings, they say.

Jooste refused to answer any of questions about these deals.

The FM says that Evans, 68 and from Wales, moved in his 20s to the island tax haven of Jersey in the English Channel to join Citibank and learn the ropes of offshore wealth management and financial secrecy. He stayed with Citibank through the 1970s and 1980s, taking assignments in New York, Kenya and Turkey before resigning in 1990 “to pursue private interests”. He returned to Jersey to set himself up as a professional trust provider, founding a company called Warren Trustees Group.

“By 1997, Evans was handling both Jooste’s and the Steinhoff family’s offshore affairs. First, he incorporated Danesfort Investments in Jersey as Jooste’s own company — though its true ownership was hidden behind the Warren Trustees brass plate. Warren Trustees and Bruno Steinhoff also created The Marksman Trust for the benefit of Steinhoff’s daughters. Not long after, Evans began managing Jooste’s existing trust, Nordic Settlement, which Jooste had created years earlier to hold his offshore wealth. Evans would place Danesfort under Nordic too. These entities would be the main vehicles for the secret deals.”

King, from Cirencester, England, also played a role in the schemes. “According to Jooste’s former colleagues, King met Jooste at that time through a British acquaintance. They hit it off. In 1993, Jooste and a number of his SA friends bought a 25% stake in two of King’s property companies: Marketing & Development (Holdings) in the UK and another registered in the British Virgin Islands (BVI), a tax haven.”

Marketing & Development owned a number of properties, including Formal House and Formal Industrial Park. The “Formal” brand later came to define King’s property empire, which was boosted by his, Evans’ and Jooste’s Steinhoff “self-dealing”.

The amaBhungane journalists outline how Steinhoff and friends set out to deceive investors from the get-go.

“Bruno Steinhoff founded his company in 1964, based on the simple model of buying furniture cheaply in communist East Germany and selling it in the relatively richer West. One of his close friends was German industrialist Claas Daun, who had bought a number of furniture companies in SA and invested in Gommagomma, a furniture company run by Jooste in the early 1990s. In 1995, Daun sent Jooste to visit Bruno ‘to go and have a look and see if there was something we could create between the two businesses’, Jooste later recalled.

“The three formed a joint venture in SA that would become the platform for the modern Steinhoff.

“In an interview, Daun explained that in the 1990s, ‘we needed money … and I mentioned it in a discussion with Markus: is it not possible to take money from the stock exchange?… Markus jumped on this horse. He said: ‘That’s it! Stock exchange!’ And out of that things developed very quickly.’

“Jooste and Bruno Steinhoff then began preparing to list the company on the JSE to take money from the public, which finally happened in September 1998.

“Unbeknown to investors, Evans was simultaneously setting up Jooste and Bruno Steinhoff’s overseas trusts, which would end up benefiting from Steinhoff’s rapidly expanding appetite for deals,” continue the journalists.

“Steinhoff bought Spearhead from Jooste’s friend, Jim Lewis. He co-owned racehorses with Jooste and Malcolm King. (Lewis hung up when we called him and ignored further messages and calls.)

“By the time of the 1998 listing, Steinhoff owned half of Spearhead. A year later, it bought the rest — but in the interim Jooste and Lewis set out to find a site for a new warehouse to become Steinhoff’s UK headquarters.

“What followed might be described as Jooste’s first bite of the forbidden fruit that poisoned Steinhoff.

At the outset, Alvaglen’s founding directors were Evans, one of his employees and two nominees. In a May 1999 document, Evans said Alvaglen wanted to buy “certain industrial premises located at Ashchurch, Tewkesbury, Gloucestershire, United Kingdom”. For this, Barclays Bank would lend Alvaglen £2.65m (R26m then), continues the FM.

“But Alvaglen was a faceless shelf company with no track record or assets. How would it repay the loan? Why would Barclays take a risk on an unknown entity?

“The answer was that Steinhoff was standing behind it. As Evans put it, Alvaglen was ‘desirous of entering into a lease agreement with Spearhead … to lease the said premises for a period of 25 years’. Other documents confirm that Steinhoff Europe would also guarantee Spearhead’s lease.

Read also: The Steinhoff scandal unpacked: MUST READ five-part series in one place

“Which was a lucky break. So, Alvaglen would simultaneously sign a lease with Steinhoff, get a loan on the strength of that lease and buy the property.

“In other words, Steinhoff used its balance sheet to bankroll Alvaglen’s new property — which might be fine if the deal was good, and there were no Steinhoff executives hiding behind Evans.

“Only, there were,” says amaBhungane.

The Steinhoff top brass were on both sides of deals — and there was no disclosure in official documents of this “related party” transaction, points out the financial magazine.

As Steinhoff expanded globally, Jooste, King and Evans rolled out another secret scheme.

“Investors and journalists caught on to this one in the mid-2000s, reporting how shady offshore companies had amassed shares in companies that would later be bought by Steinhoff in the UK and Australia for a premium. The implication was that this was “front-running” — a form of market manipulation where insiders use their knowledge to buy into companies knowing that a deal is imminent and they can make a quick profit.

“Though news reports at the time showed that King and Evans were linked to those offshore companies, there was no concrete evidence back then that Jooste could have made money from the Steinhoff deals.

“However, evidence has now emerged that shows how King appears to have fronted for Jooste in at least two of these furniture share deals,” says amaBhungane.