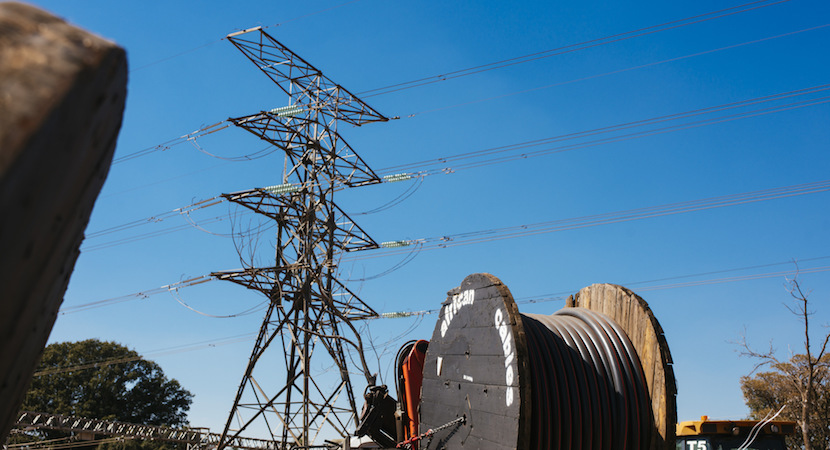 JOHANNESBURG — Several experts are trying to provide several methods to temporarily ease Eskom’s debt woes. While lots of ideas are floating around, the problem is that Eskom is fundamentally in trouble whichever way you look at it. And this means that taxpayers are probably going to be expected to fit the bill for what has been years of total mismanagement, sheer corruption and incompetence. Maybe Eskom needs to enter a total debt crisis for government to finally wake up with regard to the sheer mess it has on its hands. – Gareth van Zyl

(Bloomberg) – Eskom Holdings SOC Ltd. may need a debt-service bailout to survive its liquidity crunch, Morgan Stanley said as the state power company struggles under a debt load of R419bn ($29 billion) after years of mismanagement.

Eskom told bond investors in London last week it wants to transfer some liabilities to the Treasury. But that’s not feasible since it would “very likely” trigger a credit-rating downgrade of South Africa and capital outflows, according to Eurasia, a New York-based risk consultancy. A suggestion by Alan Pullinger, the head of FirstRand Ltd., that Eskom sell two huge coal-fired plants will be tricky since the government may prevent any investor from cutting jobs.

Morgan Stanley proposes something else: the National Treasury could pay some of Eskom’s debt-service costs for a set amount of time. That would be akin to bailing out the company and improving its cash flow at a lower cost to the government.

“In terms of quantum, this could be similar to what an equity injection would have been anyway – Eskom debt service costs for the six months ended September 2018 were R15.2bn – but with the added benefit of control over what the injection is being used for,” Andrea Masia, a Johannesburg-based economist at the Wall Street bank, said in a note to clients.

Whatever the government decides, it will probably have to act fast. Masia said that Eskom’s financial trouble was “the most common topic investors wanted to talk about” last week. The Eurobond market reflects their angst. Eskom’s $500m of notes maturing in Aug. 2028, which aren’t guaranteed by the state, are yielding 9.5%, near a record high.

S. Africa will have to assume Eskom debt, Rothschild says

(Bloomberg) – South Africa faces no choice but to assume some of the debt of its troubled power utility, Eskom Holdings SOC Ltd., said Martin Kingston, the chief executive officer of Rothschild & Co.’s operations in the country.

The state-owned company has incurred debt of R419bn ($29bn), which it is struggling to service, and inadequate spending on maintenance of its power plants has led to a series of scheduled power cuts this month and a warning of more to come for several months, potentially harming economic growth. It has proposed that the government take over R100bn of that debt, according to a fund manager who attended meetings with Eskom executives in London.

“The debt on their balance sheet is unsustainable and it can only be addressed by the providers of capital taking a write-off, unacceptably high tariffs or the debt being taken on by a third party” with that being government, Kingston said.

Eskom has apparently lied to the public again. They claim that there is a shortage of coal in the country. Yet the CEO of Middelburg Chamber of Commerce said coal is piling up at mines. Is #Eskom deliberately inconveniencing families and businesses, or what are they up to?

South Africa’s government has said its working with Eskom to resolve the debt crisis, adding any solution should be “deficit neutral” and ruling out the privatisation of some of its assets. Analysts and bank CEOs have proposed solutions ranging from the government servicing Eskom’s debt to the utility selling its newest power generation assets.

“It’s not credible to assume that Eskom could be allowed to default or become a major risk to the system,” he said. “The nettle that needs to be grasped is that we have a critical utility of which the fundamental health of South Africa depends.”

Most of Eskom’s borrowings are guaranteed by the government and taking on more debt could push the country’s credit ratings further into junk. Kingston said he believes ratings companies would have taken Eskom’s debt and the need for a possible rescue by the government into account when making their assessments.