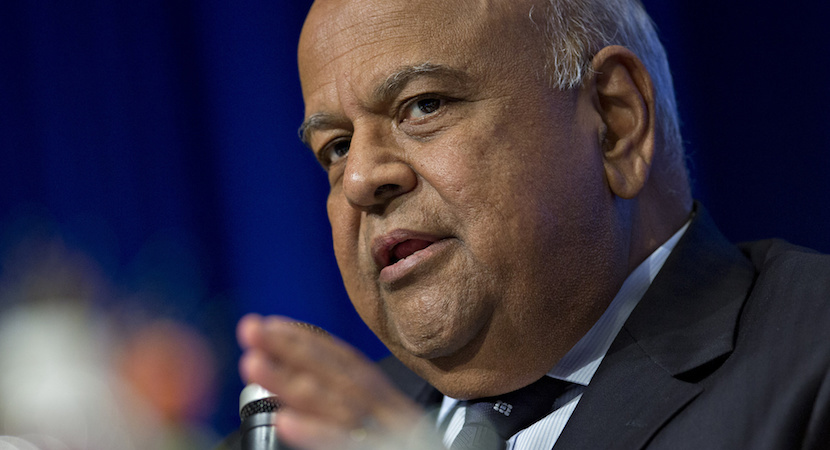 CAPE TOWN — Absent Zuma and his crippling cohort from the May 2019 elections and somehow the darkness remains. This analysis predicts sparks at the hustings as opposition parties become nocturnal feeders in an enduring Eskom night. The ANC simply cannot muster enough cash or political appetite to effectively fight off the opposition wolves because any Eskom resolution will have dire consequences on the fiscus and the economy. Traverse with mild horror and fascination the Eskom twists and travails below in this maze of historical dysfunction, corruption and gross inefficiency. The recent discourse around whether President Cyril Ramaphosa should publicly apologise for State Capture at the Zondo Commission comes to mind. With the power utility, the neglect, inaction and short-sightedness date back well before State Capture. During Mbeki’s tenure, energy experts exhorted him to increase power-generation capacity. When it happened, it was too late – the construction of Medupi and Kusile power station proving a nightmare of short-cuts and inefficiency, six years behind schedule and four times over-budget. Can the ruling party be held accountable for this too? Story courtesy of the Daily Maverick. – Chris Bateman

In July 2018 the ANC mooted the idea of the state-owned asset manager of R2trn of government workers pensions and social savings, the Public Investment Corporation (PIC), taking over R120bn of Eskom debt as equity to ease the debt burden. According to ANC Treasurer Paul Mashatile it was part of discussions to get the economy right for growth and job creation.

“If you look at Eskom the debt is seriously high,” Mashatile said.

“So we need to look at other approaches, including possibility of changing some of the loans in Eskom into equity, particularly by the PIC. Those are the discussions happening (at Luthuli House).”

But touching the pensions of the 1.3m public servants turned out a step too far, and that idea was nixed. What remains standing is the other leg of that notion – breaking up the power utility into its generation, transmission and distribution divisions. It’s on public record the functional separation is complete, and the power utility now is looking into the legal separation.

In late November 2018 news broke of Eskom telling an investor road show in London it was looking at government taking R100bn off its debt book. That would help ease the debt burden Eskom has drawn against R350bn of government guarantees. But fiscally neutral – the mantra of government in these cash-strapped times – it is not.

The implications of any Eskom debt swap with government are tremendous for a stressed public purse. This would up the pressure on an already concerning debt to gross domestic product (GDP) level that is expected to reach 59.6% by 2023, limiting fiscal policy for economic growth and making government borrowing almost unviable.

This would come at a time when at least three successive years of below target tax collection left a R48.2bn hole for the 2018/19 financial year. And the R20bn of the anticipated R23bn from the value added tax (VAT) hike in April is not ending up in the national coffers, but is used to settle the tax authority’s outstanding refund obligations.

On 6 December 2018 at a briefing at Eskom’s Megawatt Park head office – a week earlier it was the interim results that forecast a R11.2bn loss for 2018, up from R2.3bn a year before – Public Enterprises Minister Pravin Gordhan was shy about details.

“Debt restructuring is being discussed,” he nevertheless confirmed.

“Some time earlier in the new year government as a whole will give you (South Africans) some idea where we are going, with the road map as well.”

That’s important as Eskom is inextricably woven into the political fabric of South Africa. The vortex of political interests, money and governance comes sharply to the fore at local government. Municipal debt to Eskom stood at R17bn as of November 2018, yet the power utility is asked by government not to pursue cut-offs or legal cases for debt collection. A plan to resolve the power snarlup at local level has been in the making since early 2018, but Cabinet has at least twice delayed decision on the integrated electricity reticulation plan. It is understood to be on the Cabinet agenda now for early in 2019.

Early 2019 is a heady mix of politics and governance: the governing party’s January 8 statement that traditionally sets out the ANC’s priorities for the year is followed by the launch of the 2019 election manifesto the governing party hopes will return it to power, its party lekgotla and ultimately the governing ANC Cabinet lekgotla that leads through to the State of the Nation Address (SONA) in early February and the Budget at the end of that month.

But that something already is under way emerged hours after the Megawatt Park briefing in a gently phrased statement from the public enterprises ministry. Gordhan and Finance Minister Tito Mboweni had met the Banking Association of South Africa (BASA), the bank CEOs on association boards, insurers and asset managers.

“The engagement was constructive…” said the statement.

“Technical teams from government and banks will continue to work with BASA to develop the most appropriate mechanisms for the short- to medium-term borrowing requirements of SOEs.”

And government could sell its Telkom shares to raise up to R14bn for Eskom in that fiscally neutral Holy Grail. Asset sales before benefited Eskom, when in 2015 government sold its Vodacom shares for a R23bn bailout of the power utility.

The sale of the Telkom shares was first mooted to bail out SAA in August 2017 in a Cabinet memo leaked by DA MP Alf Lees. Perhaps it was never implemented because of the political embarrassment of having an opposition parliamentarian release the information. But shedding that asset would end an average of R800m in annual dividends.

So an Eskom bailout could involve the banks, an asset sale alongside those investors canvassed on the overseas road show. But there are no easy options given the state of South Africa’s parlous public finances, stubborn unemployment and inequality – with the campaigning for the crucial 2019 elections raising expectations amid a potentially unpalatable political price.

It’s a tough decision. And it’s not clear the appetite is there. Or as Intellidex analyst Peter Attard Montalto argued in a recent briefing on Eskom:

“Overall we do not believe there is a politically feasible plan at this stage and that whilst panic over Eskom is building in the business community and within government that is not the case in the ANC more broadly and particularly the NEC (National Executive Committee) – a precondition to political capital being deployed and a ‘real’ plan being possible.”

State Capture was much mentioned at Gordhan’s briefing alongside Eskom board chairperson Jabu Mabuza. The damage wrought by State Capture is already outlined in the parliamentary inquiry into State Capture at Eskom whose report sharply criticises former ministers Lynne Brown and Malusi Gigaba for failing their responsibilities, alongside various board directors and executives that bend rules and regulations to use public resources to benefit private interests.

But Eskom was also the site of State Capture 1.0, or the capture of a government asset by the governing ANC as far back as 2006 as the Mail & Guardian reported then.

Chancellor House, the ANC investment arm, received around R50m as 25% black empowerment partner with Hitachi’s subsidiary, Hitachi Power Africa, until that relationship ended in 2014. A year later, in 2015, the company that had won contracts worth R38bn for the boilers at South Africa’s new coal power stations, Medupi and Kusile, was fined almost $2 for contravening anti-corruption rules after an investigation by the United States Securities and Exchange Commission (SEC).

Coincidentally, both Medupi and Kusile are over budget and overdue since construction started respectively in 2007 and 2008. Medupi was meant to be completed in 2012 at a cost of R56bn, but is now estimated to stand at over R200bn and still not done amid annual cost overruns. Ditto, Kusile.

In 2013 it emerged the welding in the boilers at Medupi was shoddy – and had to be redone. Forward to December 2018 when Gordhan told journalists of shoddy work and substandard repairs.

“Not enough money was put into the so-called big repairs themselves,” said the minister, adding that some of that was caused by lack of technical skills and also lack of consequences for those supervising “if contractors don’t do what they were supposed to do”.

That finally put to rest earlier Eskom claims that wet coal was to blame for the load shedding even as the National Union of Mineworkers (NUM) set out a series of supply breakdowns, including Kusile’s unit 6 that was out of action due to “a boiler tube leak…”

What’s not clear is what happened to that Tetris-like maintenance scheduling that one-time CEO Brian Molefe in 2015 enthused in September 2015 as having been the key to ending load shedding.

So when Mabuza says all in South Africa are responsible for Eskom’s woes – “either through our people or our government… but these are problems that we have all caused” – and must take the pain for its rehabilitation, he displayed the tone deafness of so many of his colleagues in the private sector he was seconded from.

The Eskom debacle has seen trade unions National Union of Metal workers Union of South Africa (Numsa) and NUM unite across federation lines, and not only over Eskom management’s ham-fisted 0% wage offer earlier in 2018. Both oppose job cuts – 16,000 are understood to be on the chopping block in the yet-to-be finalised road map – and an independent power producers’ (IPP) programme and firmly put the blame on executives and board directors.

A decade of annual tariff hikes, well above inflation, have left many working class and middle class consumers cutting down on power consumption to cut usage to available cash amid rising prices from petrol to food.

Gordhan’s undertaking that there would be no load shedding for the month from mid-December and cancelling Eskom executives’ festive season holiday may send a PR signal of a power utility at work to keep the lights on, but it does not address the underlying fundamentals.

There is a lot of noise around Eskom. And with months before the 2019 elections that is not a good combination. DM