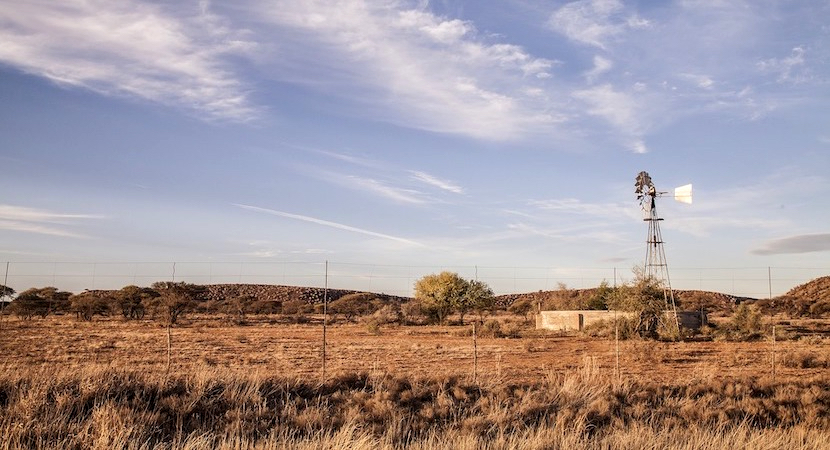 CAPE TOWN — In our professional careers we regularly hear the words “evidence-based”. In my case, it’s evidence-based journalism, evidence-based medicine. Yet somehow in politics those elected routinely ignore them. Donald Trump with his Mexican/USA border wall is a prime example – bulldozing something through, regardless of escalating fallout. South Africa’s looming land expropriation without compensation (EWC) legislation is another case in point, with huge implications given the powers it affords the ruling party and how it undermines a pillar of a democracy. Here Terence Corrigan, of the Institute of Race Relations, (IRR), uses our government’s own data (evidence), to examine the reasons cited by ANC politicians for what they claim is a necessity, their rhetoric focussing on emotive dispossession and selective facts. If land reform so far has failed (with skills capacity and oversight efficacy largely to blame), why push ahead with a law that threatens our economy, undermines global investor confidence and which recent history has proven government incapable of managing, let alone enabling manipulation, political favour and further enriching those already politically-connected? Nobody’s knocking land reform. Rather, it’s the usual Yes, but How question. Here are a few solid contextual facts upon which to reach your own conclusions. – Chris Bateman

Good policy must respond to lived realities, not to assumptions, no matter how fondly they are held. This is not only common sense, but one of the bitter lessons of history, for government action driven by blind belief has all too often resulted in catastrophe. And the more intrusive the action, the higher the stakes, and the greater the potential damage by getting it wrong.

Last year, the African National Congress and Economic Freedom Fighters began the process of formally pushing South Africa towards a policy of expropriation without compensation (EWC). 2018 closed with Parliament having voted to recommend a change to the Bill of Rights to enable the policy – the first such change since South Africa’s democratic transition.

The consequences of this could be dire. Property rights underpin successful economies, and numerous warnings have been sounded about the damage to South Africa’s economic prospects that undermining them could do. Even government seems to acknowledge this.

So why go ahead with it?

EWC is a policy without evidence. The case for EWC has never been coherently articulated, but relies heavily on the contention that ‘land reform has failed’. Leaving aside the obvious question of why further empowering the very state that has failed will produce any solutions, this is a concern that should be taken seriously. Land reform is a necessary element of dealing with South Africa’s past, and – as the experience of Taiwan and South Korea show – it can be a useful element of an economic growth plan.

Conceptually, the one thing that increased government latitude to seize private property could address is the scale and pace of land reform. Yet, making a success of taking land from established owners and passing it on is in the hands of a badly incapacitated bureaucracy – and, in any event, government policy seeks to retain large parts of the land in its own hands.

This has, in turn, been justified by the meagre progress made by government’s land reform efforts to date. Last year, those in favour of EWC drew on a (selective) reading of government’s land audit to make the case that – in the words of land reform minister Maite Nkoana-Mashabane – ‘black South Africans own only 4% of the land in this country.’ Contributing to this, land reform had only managed to transfer some 8.2m hectares since 1994. This would account for less than 7% of the total area of South Africa, way below the ‘30%’ that has served as an objective of sorts.

Yet even this is incorrect. The ‘4%’ figure – endlessly repeated – refers only to land in the hands of private individuals. It excludes land historically held by the state for African settlement and land owned by companies, community property associations and trusts. Aside from the historic denial of private ownership to residents of the former homelands (a shameful situation linking the colonial and apartheid eras to the present), most of government’s own land reform has transferred landholdings to communal ownership systems, or even retained it as state property. By excluding this, government downplays the successes it has actually achieved.

The extent (and effect) of the land reform programme has also recently been shown to have been more extensive than previously thought. In response to a parliamentary question, Nkoana-Mashabane reported that since 1994, government had transferred 3,495,155 through the restitution programme, 4,901,115 through redistribution measures, 782,487 through tenure reform and 39,901 through the disposal of state agricultural land. This sums to 9.2m hectares.

James Myburgh of Politicsweb, and a keen analyst of the country’s land politics, notes that government had tended in the past to focus exclusively on restitution and redistribution outcomes in discussing land reform. He adds that there is reason to believe that the figures for the redistribution of state-owned land may in fact be higher than those disclosed by the minister.

More important are the payouts for restitution claims in which claimants chose money over land (as is their right, and which makes eminent sense for an urbanising society), totalling well in excess of R13bn, and representing some 2,920,386 hectares.

Altogether, this means that – expressed in terms of pure hectarage – land reform has dealt with some 12.1m hectares, or around 10% of the area of the country. As Myburgh further observes, in some provinces, the changes have been significant indeed: In KwaZulu-Natal, the land area involved the equivalent of some 19.5% of the province’s area, in Limpopo 14.5%, and in Mpumalanga 23.5%. In each of these provinces, the land area involved in land reform substantially exceeds the extent of ‘white’ individually held farmland – the yardstick so often used to measure or justify the need for EWC.

Sadly, it is not only the pace and scale of land reform that has been misrepresented. It is a systemic problem in the entire debate. There is actually a great deal of research into the shortcomings of land reform in South Africa. The High Level Panel on the Assessment of Key Legislation and the Acceleration of Fundamental Change under former President Kgalema Motlanthe rejected the central idea behind EWC, that the constitutional requirement to pay compensation for property taken by the state has crippled the its ability to undertake land reform.

Said the Panel’s report: ‘Experts advise that the need to pay compensation has not been the most serious constraint on land reform in South Africa to date – other constraints, including increasing evidence of corruption by officials, the diversion of the land reform budget to elites, lack of political will, and lack of training and capacity, have proved more serious stumbling blocks to land reform.’

Indeed, EWC offers nothing to address the deeper failures of South Africa’s land reform projects – arguably the most serious of which has been the failure to provide the title deeds and support that would make them sustainable.

And so South Africa pushes on with a policy informed by ideology and sentiment, not evidence. It is a perilous path.