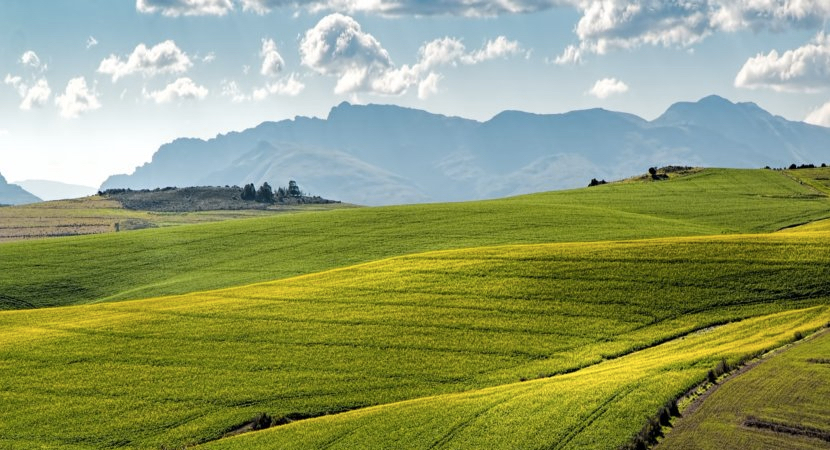 CAPE TOWN — Digesting this deeply sobering analysis by agricultural economist, Dr Lawrence McCrystal, one cannot help but conclude that land redistribution and restitution by whatever means is nothing more than a populist political tool to consolidate and hold onto power, regardless of the consequences. We’re not talking an emotive rhetorical treatise here but actual facts and research that show how our agricultural sector is being hollowed out, the disenfranchised further disempowered and the fiscus drained as an alarming rate for no additional economic benefit. Natural justice, for all the playing of it by ANC politicians, is not being served as long as tribal leaders benefit and the issue of title deeds is avoided. Socialists and communists tell us the people want land – but the hard truth, backed by data outlined here, is that they prefer cash – and are overwhelmingly being set up to fail as productive farm after productive farm goes to seed, stripped of its assets by unskilled and inexperienced new occupants. The problem is neatly defined and solutions suggested. Would that Cyril Ramaphosa and Maite Nkoana-Mashabane, Minister of Rural Development and Land Reform, chew on both. – Chris Bateman

A great deal of misinformation is being spread by politicians about land in South Africa, so here are the facts presented by the Minister of Land Development, and some examples of it.

Of those groups/tribes (seldom individuals) offered a choice of cash or land, 93 percent chose the cash. Moreover, of those who chose the land, over 90 per cent, as has been admitted by the government in an answer to questions in Parliament, have failed. Examples of this abound.

One case was a highly capitalised dairy farm close to the Midmar Dam between Pietermaritzburg and Howick in KwaZulu/Natal. This high milk production farm was handed over without any training being provided to the recipients on how to manage a highly specialised dairy farm. The result was that the animals were soon slaughtered or died and the dairy, homestead and other buildings were stripped of whatever was considered valuable. So what had previously been a highly productive dairy, was left destroyed. The recipient tribe then complained to the land claims officials that the land they were given was of no value. They were then offered other land or cash. They chose the cash!

The relevant government officials have admitted that the State still owns most of the land bought with tax-payers money since 1994. In other words it mostly unproductive, as is most of the land transferred to claimants. This together with the land already owned by the State amounts to approximately 17 million hectares. Included in this are about 4 000 farms which could be re-distributed but have not been.

Effectively, what this all means is that the S.A. government has paid the farmers for productive farms and then paid 93 per cent of the claimants for the same land because they chose cash instead of land. This extra cost was R13,5 billion. In addition to this gross waste of money, the nation lost the food produced by the bulk of this land.

Clearly the government does not have either the will or the capacity to ensure that the people to whom productive land is transferred are capable of maintaining the levels of production. Moreover it appears not to have the political will to refuse to hand the land to people incapable of farming it properly. Almost the only places where the transfer to tribal people has succeeded is where the farmer, who previously worked the land, has agreed to remain on to teach and manage those to whom the land is transferred.

A further glaring weakness in the whole “restitution” of land story is that ownership of the land is not transferred to individuals. All the evidence of land transfers in other countries points to success being achieved when the ownership is transferred to individuals. Tribal control just does not work. This is to be seen in the tribal areas of South Africa where millions of hectares of arable land are under-producing. Most of this tribal land is located in the higher agricultural potential eastern parts of South Africa.  This a further glaring weakness in the sorry saga of land restitution.

It should also be noted clearly that to talk about land in general as if it is all equal is to completely disregard the location and inherent qualities of the land. One hectare of land in the low rainfall Karoo is not the equivalent of one hectare of land in the eastern parts of KwaZulu-Natal. In fact it has been established from soil and climate surveys that some of the most potentially productive land in South Africa is situated in tribal areas in the eastern parts of South Africa, virtually all of it under-producing  compared to its potential.

It has been shown that, in urban areas where title to the land is given to an individual who was previously living on the land in a shack, most of the new owners soon start to find ways to improve the house and the use they make of the land, knowing that it is now their’s in perpetuity. The Free Market Foundation has some remarkable examples of this. The same can be said of rural land. The difference with rural land is that the recipient should have the necessary training, experience and capital to farm the land.

Clearly, if the government does what it should be doing when transferring productive land, it should:

Instead what they are doing is proving to be an unmitigated disaster for agricultural output in the country, leading to a decline in farm employment and the number of farmers, plus having a hugely demotivating effect on the farming community. South Africa is classified as a semi-arid country by the U.N. It takes intense dedication and perseverance to build up a viable farm in most parts, also taking account of the periodic droughts. President Ramaphosa said recently that entrepreneurs should be regarded as heroes. He should have included our farmers in this statement.

There is enough land already owned by the government to meet the needs of those who really want land for farming purposes for at least the next 25 years. Moreover, transferring freehold title to those occupying land in the urban areas will also keep the low productivity civil service occupied for many years.

Clearly, against this background, the political slogan of “expropriation without compensation” is absurd and amounts to political dishonesty aimed at uninformed voters.