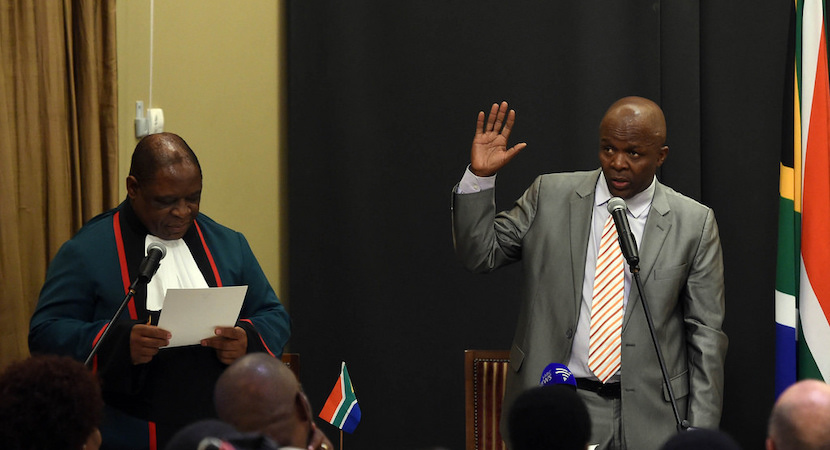 LONDON — There seems to be no doubt that the Public Investment Corporation, which invests more than R2trn of public service officials’ pension money, made mistakes. They got it wrong with Steinhoff, the R4.3bn backing of Ayo Technologies has been questioned and the investment of R90bn in Eskom bonds have been described as “reckless” by former board member Claudia Manning in testimony to the commission headed by Judge Lex Mpati into the PIC. Manning told the commission that the PIC would be better served by seasoned executives on its board “than serving politicians”.  She suggests that the PIC “can still be held to account by treasury through…rigorous oversight”; the deputy finance minister should not chair its board. The commission announced that an unnamed employee will be testifying this week before the commission is suspended until 25 February.  An interim report will be handed to President Cyril Ramaphosa by mid-February. – Linda van Tilburg

(Bloomberg) – South Africa’s Public Investment Corp. would be better off without the country’s deputy finance minister chairing its board because it inadvertently exposes the continent’s biggest money manager to the perception of political interference, a former board member said.

The PIC, which invests more than R2trn ($147bn) in government pension and other social funds, “can still be held to account by treasury through the rigorous oversight that National Treasury already provides over its financial performance, without having a serving politician on the board,” former Non-Executive Director Claudia Manning told a commission of inquiry on Tuesday.

Further, the fund manager would benefit from a “practice common to many commercial financial institutions to invite independent, seasoned, often retired executives to act in an advisory capacity to management, especially when complex transactions are being considered,” she said.

The commission, probing allegations of impropriety at the institution, on Monday was told the PIC was reckless with pensioners’ funds when it invested about R90bn in bonds of embattled state-owned utility Eskom Holdings SOC Ltd. As the most influential investor in South Africa’s economy, the PIC is being scrutinised after a year where half the executive committee has been suspended or resigned. That included Chief Executive Officer Daniel Matjila, who quit in November.

This week’s hearings were extended by a day into Wednesday after a suspended official agreed to testify, a person familiar with the matter said.

Manning resigned on July 22 after Deputy Finance Minister and Chairman Mondli Gungubele “revealed that he had no confidence in the board and in fact accused it of having acted improperly,” in relying on the views of the then CEO over allegations of impropriety made against him by an anonymous whistle-blower.

She also recommended that the PIC’s board, through the investment committee on which she also served, be given a “greater line of sight into investment decisions.” This comes after the money manager agreed to invest in a local technology company in late 2017, a deal that internal audit head Lufuno Nemagovhani last week said had flouted processes and for which two employees were suspended.

Issues of concentration risk, changing the delegation of authority and single-borrower limits were frequently discussed by the investment committee and “several pieces of work were in progress around strengthening the overall risk framework,” Manning said.