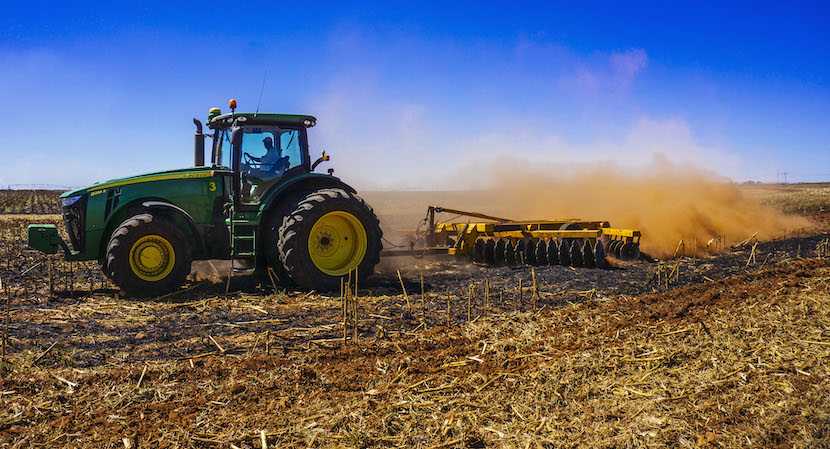 There has been a discernible shift in sentiment towards slick corporate experts who cosy up to South Africa’s political leaders. The industrial-scale state capture in the Zuma years, which featured professionals working for multinationals such as KPMG, McKinsey, SAP and others, has undoubtedly eroded the reputations of those who proffer advice. Goldman Sachs has come in for some criticism of late. Goldman Sachs South Africa boss Colin Coleman has been working on impressing the ANC, talking up South Africa’s future and getting President Cyril Ramaphosa to speak at an investment conference last year. And, as BusinessLive reports, Goldman Sachs recently cited its confidence in President Cyril Ramaphosa’s ability to resuscitate the economy as the main reason for expanding operations in SA. That news was picked up earlier this week by financial services entrepreneur Magda Wierzycka, who Tweeted: “So now it will have 2 employees in SA? Forgive my skepticism but this is pure positioning for possible corporate advisory work on SOEs. This is not job creation, nor a vote of confidence.” Also cynical about the investment bank’s talk around South Africa’s potential prosperity is Gabriel Crouse, who has a wry look at the optimism from a farming perspective. His article, which first appeared on The Daily Friend, is republished here on BizNews with permission. – Jackie Cameron

A farmer contemplates the conundrum of Goldman Sachs’ optimism

Nampo is a good place to talk business. It is billed as the ‘largest agricultural fair in the Southern Hemisphere’ and its GDP must surely reach into the billions. It has just taken place from 14 to 17 May 2019.

Farmers are well versed in sophisticated financial instruments because they buy their R5 million tractors and sprays and combine harvesters on debt collateralised by private title deeds.

‘You can buy a ticket to Nampo for R120 and then you can look at the sheep-shearing contests and nice woolly mittens. But if you really want a ticket to buy at Nampo you need a title deed on your land. That is the ticket to getting big gear.’

So said one farmer when I asked about the demographics at Nampo, and bitterly I must agree.

The fact that the government has nearly 20 million South Africans sleeping on its hoarded land, because it won’t give up the title deeds, is an unbearable shame.

Amid all the chats about futures exchanges, export-parity, dilapidated infrastructure, rain, drought, Jesus and mechanisation, it was perhaps the discussion of Goldman Sachs that remains most curious. ‘Jislaaik, I look at Goldman and I think to myself, what if I’m the idiot missing the flippin’ trick, here?’ This was said by a 6th generation farmer I’ll call Yip.

Yip works a farm that has been in his family since the 1870s. He runs a charity and frets about what equipment to buy to protect the rapidly eroding soil for future generations. But he is a hard businessman, too, ‘and I think to myself, Goldman knows how to make real money. I make mielies out of soil and sunshine. But if I want to be a millionaire ten times over, maybe what I must do is be like them and sell fake hope. It worked before and maybe it’ll work again, right here in Africa.’

The ‘before’ Yip was referring to was the global financial catastrophe of the late 2000s, kicked off by a bubble in the US housing market. Goldman Sachs knew that bonds on the housing market were junk, but publicly declared bullish confidence. They bundled the bonds into Collateralised Debt Obligations and sold them to their own customers. In private, the bankers howled with laughter at those who bought the fool’s gold they were selling hot. In January 2007, Sachs VP Fabrice Tourre emailed: ‘More and more leverage in the system. The whole building is about to collapse.’

Tourre would later be found guilty of defrauding investors and fined about R10m. Sachs itself was fined billions of dollars for selling junk to the credulous as if it were Goldman-premium.

But analysts largely agree that the fines amount to a marginal cost of business rather than a genuine penalty, since Sachs hit record profits after the financial collapse and raked in tens of billions of dollars at a time when the US was bleeding jobs at historic rates.

‘Look, there is a very simple, well-known metaphor for what Goldman did,’ says Yip over a klippies-and-coke. ‘Goldman turned the temperature up nice and steady so the frogs got juicy and fat on the filthy bacteria of fake hope. But they were never warned to jump out. In fact, Goldman told many of them to stay in, saying it’s not a boiling pot, it’s just a bloody nice jacuzzi.

‘Some of these frogs were supposedly very clever; hedge fund managers from Australia, Scandinavia, slick swimmers from around the world. Well, they did get fat for a bit and then, check the history, they went belly-up. And when the frogs died, guess what? Goldman had the fork and carving knife ready. They chowed the flesh of bankrupt people through and through to the very bone.’

Yip licked his thumb and said he thought it was no wonder Ramaphosa and Goldman get on well. He does wonder, however, about whether he should join the game. ‘Nothing is being done to improve the fundamentals in this country. But there is a lot of hot talk about the economy growing. Now I have to ask myself – could that be enough to blow a bubble in this market?’

It would be a false dawn, but Yip thinks it could just be his ‘ticket outta here’.

‘Think about it. Maybe all the talk can boost the value of my farm just now. Even if it’s just by a bit, I work on margins. And maybe the best I can do is join the talk, say everything is perfect and hope that prices actually rise. Isn’t that what the big suits all do up there in Jo’burg with their happy talk and dollar hedges? Then I can sell at the last minute and hop out like a clever fat frog with my whole family. Wouldn’t that be nice?’

Not very nice for the next guy, however, and this is part of Yip’s problem.

Yip says the possibility of him becoming a ‘Goldman-style con-artist’ is probably extremely low since the most basic thing to note is that those who tout the ‘new dawn’ have so little credibility that no one serious is actually buying into the hype, ‘outside of cocktail parties’. But even if it were possible to boost the market through ‘talk-talk-talk’ rather than by securing the fundamental title-deed system for all, Yip says he would struggle to join the racket.

‘Ja, well, listen to me now carefully – I’m not a chef, or a suit, and I’m definitely not a cannibal. I’m just a farmer who likes to think about soil-PH. I’m speculating with you now about politics and the market so you can relate the paradoxes of my life when I see my own name on the menu as the next tasty course. The point I want you to reiterate for the people out there is that, hot or cold, I just don’t want to be somebody else’s bloody lunch. OK.’

So now it will have 2 employees in SA? Forgive my skepticism but this is pure positioning for possible corporate advisory work on SOEs. This is not job creation, nor a vote of confidence. https://t.co/10dbuOmxlq