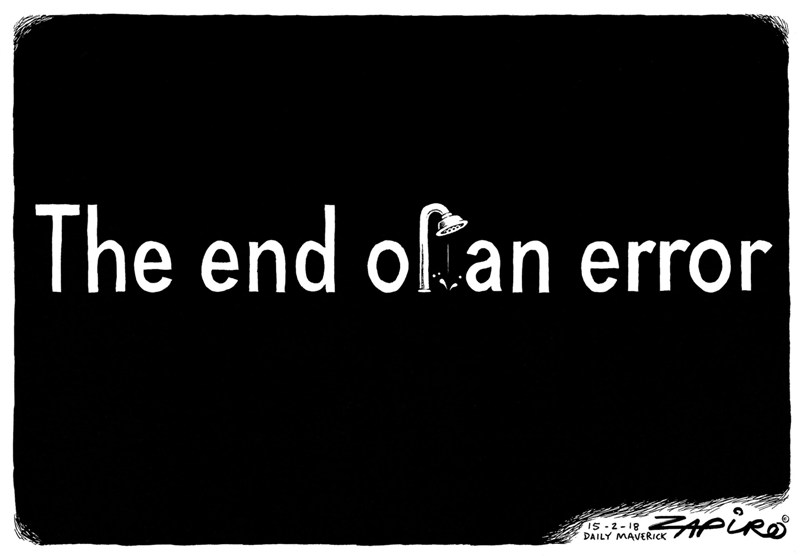 LONDON — President Cyril Ramaphosa was blunt in Davos. So was everyone else wearing the multicoloured scarf that makes Team SA members easy to spot. Their consistent message to would-be foreign investors was simple: Jacob Zuma had trashed the place. But a new broom was busy sweeping. And although the mess created over nine years would take time to clear, the cleaners are determined and a brighter future awaits. So climb aboard the now and enjoy the benefits of being early to a new party. But with the ANC fighting its forthcoming election on a “unity” ticket, it was always likely that this rational message would be spun differently at home. And we should also not have been surprised to see Zuma resurfacing, much like his one-time Brazilian counterpart Lula da Silva did before the court incarcerated him for a dozen years. In this forceful piece, independently minded financial advisor Magnus Heystek lays out the facts. And by drawing on the experience of Futuregrowth’s Andrew Canter, reminds us of the conditions which prevailed while Zuma ruled. As for the King of Nkandla’s recent non mea culpa? Apart from self-justification ahead of his day of reckoning, it also emphasises how a nation which hands power to someone with a huge ego and narrow worldview is akin to encouraging kids to play with matches on a petrol station’s forecourt. High risk doesn’t begin to describe it.  – Alec Hogg

At least the citizens of ancient Rome only had to endure listening to emperor Nero’s fiddle for about 7 days while their city was burning. South Africans on the other hand have had to endure the sacking of a country, economically speaking, for almost ten years while former president Jacob Zuma graced our political stage, not playing a delicate instrument, but prancing around calling for someone to bring his machine gun.

And after all the destruction, the carnage and pillaging he has the audacity to be quoted on Timeslive as follows:

“I remain proud of much of what we and the country achieved over the past decade. Could we have done more? Yes. Could it have been better? Yes. Was it a wasted decade? No.”

Against almost ALL financial metrics the country under Zuma’s ANC experienced a dramatic decline. The damage, in some instances, is irreversible. In most others, it will take a stupendous effort by government and private sector to reverse the damage to the vital organs of SA Inc.

“He wreaked so much havoc during his nine-year reign it doesn’t bear thinking about”.

Were that so easy, and while certain formal sector economist employed by the large banks and asset management companies have done their level best to avoid thinking and speaking out about this, is an objective contemplation necessary to truly comprehend the extent of the damage done by Hurricane Jacob, the one-man wrecking ball.

Take your pick of vital signs: economic growth, foreign investment, unemployment, the currency, property values, government debt, budget deficit, performance of the JSE, retirement fund returns – they all show symptoms of a slow-moving financial tsunami gathering speed and spreading to all corners of our beautiful country.

Over the course of the past four years or so I have often dared to venture outside of the warm-fuzzy circle of sunshine financial journalism. You know the kind – the alles sal regkom – school.

For my sins I have been labelled as “negative”, “cynical”, ill-informed and the best of all a “financial pornographer” by a colleague in the investment world. My columns on other websites started to appear with a health warning: “The views in this article does not represent the views of XYZ…”.

The small grouping of economists and financial commentators who have, from time to time, raised warnings about our economic decline, are either self-employed or working for small asset management companies who don’t do much business with government. I would include Mike Schussler, Dawie Roodt, Russell Lamberti and  agricultural economist Fanie Brink in this grouping.

You will not find any worthwhile commentary from the financial behemoths: the Old Mutuals, the Sanlams, the Allan Grays and more. Criticisms of the ruling party is considered off-limits,  possibly career-ending.

We saw some years ago how potentially career-ending criticism of the ANC’s economic policies could be when Andrew Canter from Futuregrowth, owned by Old Mutual, announced that he was no longer willing to invest in six state-owned enterprises, including Eskom as a result of concerns about governance.

I personally interviewed him on SAFM that evening and he was forthright, direct and very clear in his determination not to invest any more money into these SOE’s. It’s not our money, but that of our investors, he said very clearly.

Good for him, I quietly thought to myself. Here at last we had someone from corporate SA standing his ground.

Well, that didn’t last very long. Two days later he retracted his comments and apologised to all and sundry for his misguided comments. I heard him on another radio station and I could not believe I was listening to the same person: he was meek and apologetic and stuttered his way through that interview. I seem to recall some full-page ads placed by Futurgrowth grovelling before the government, begging its forgiveness.

This is how Business Tech reported on this dramatic reversal:

“Futuregrowth Asset Management has conceded that its public announcement to halt funding of state owned companies in SA attracted unanticipated attention, and led to a range of unfortunate and possibly damaging misinterpretations.

South Africa’s largest private fixed-income money manager, announced at the end of last month that it had stopped lending money to six state companies because of governance and transparency concerns.

The company’s decision was met with outcry from the state companies involved.

Futuregrowth CIO, Andrew Canter, said in a note on Thursday that the firm came to an investment decision that, as fiduciaries for investors’ savings, “we could not provide additional finance to some of the largest SOEs without having deeper sight of, and comfort around, their governance, decision-making and independence”.

He said that Futuregrowth further decided, with internal unanimity and no external discussions, that it should make its views public.

“Notwithstanding a range of good reasons for a speedy dissemination of our view, in light of the fallout we must frankly concede that a more measured approach of direct consultation with each SOE, before contemplating public comment, would have been a fairer process.”

“I would like to personally apologise to each of the SOEs concerned, and their respective government Ministers, for my failure to ensure a fair, one-on-one engagement,” Canter said.

Let me remind you who is chairman of Old Mutual, parent company of Futuregrowth: none other than former ANC finance minister Trevor Manuel.

Since then the state of affairs at our SOE’s, especially Eskom, has deteriorated significantly. I wonder how much of your and my money remains invested in Eskom via Futuregrowth, or any other fixed-income fund manager in SA? Need I remind you, dear reader, that Eskom currently has debts in excess of R400bn.

Let’s have a look at some of the key economic variables over the period of time when Zuma’s ANC was in power.

So contemplate we must, because most South Africans have been engulfed by the financial tsunami unleashed by the Zuma years. Poverty is increasingly visible on every street-corner, in declining car and retail sales, in empty rugby and soccer stadiums, in dwindling  golf and bowling memberships. The list is almost endless.