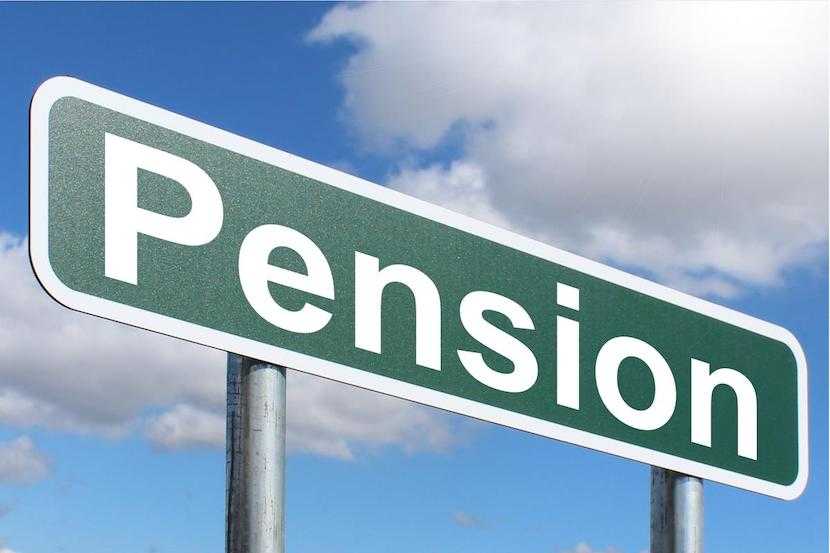 Not until now has the growing anger of the state’s 1.7 million pensioners been fully voiced at the cavalier, inept, and deeply irregular investment and/or theft of their retirement funds. Those responsible obviously thought abusing the thin but nevertheless available comfort of our civil servant’s golden years was like taking candy from a baby. They stand to be proved wrong. Evidence of malfeasance is piling up. The Public Investment Corporation has funded an ANC media propaganda empire and conducted a host of dodgy deals (Independent Media, Ayo Technologies, African Bank, Steinhoff). Its behaviour can be likened to the heartless kerbside mugging of a frail and infirm geriatric. Here Ed Herbst, in a portent of things to come, puts the spotlight on the Association for Monitoring and Advocacy for Government Pensions (AMAGP) – formed recently to advocate for more transparency for the Government Employees Pension Fund’s (GEPF – most of which the PIC administers). They’re asking its’ Principal Executive Officer, Mr Abel Sithole, whose responses have been underwhelming, even evasive, some hard questions. Why for instance, his mealy-mouthed backing of a probe into the GEPF now when he must have long-known or at least suspected, that seriously shady practices were going on – and did nothing? – Chris Bateman

How safe are civil service pensions?

One of the Public Investment Corporation’s (PIC’s) first investments outside SA pushed the limits of responsibility and undermined its role as the steward of millions of civil servants’ savings. – Warren Thompson Business Day 29/5/2019

But what is emerging from the commission suggests that despite channelling 87% of the government workers’ money it is entrusted with to the PIC, the GEPF wasn’t overly concerned with the governance of the latter. – Anyone seen the PIC’s R3 billion? Business Day editorial 29/5/2019

Each month stop order pension fund deductions are channelled to the Government Employees Pension Fund, which represents the pension savings of the nation’s 1.7-million active and retired public servants.

Alarmed by the evidence being tendered at the Mpati commission which is investigating malfeasance at the Public Investment Corporation, they have asked a fundamental question of their parent organisation: Who guards the guards?

Seeking more transparency over the GEPF and more oversight of its investment strategy and practices, they formed the Association for Monitoring and Advocacy for Government Pensions (AMAGP).

Their concerns were highlighted at its AGM a month ago.

eNCA’s Afrikaans news programme, Nuusdag, is currently busy with an investigation into the Public Investment Corporation and on Sunday on DSTV channel 195 it will air an interview with AMAGP’s chairman, Antonie Visser and deputy chairman Albert van Driel.

The programme will be broadcast at 6h30 pm.

On 13 February, AMAGP wrote to Mr Abel Sithole, Principal Executive Officer of the GEPF and it is expected that the concerns raised in the letter below will form the gravamen of the discussions on the Nuusdag interview on Sunday night:

With reference to your media statement of 31 January 2019: Some of the contents of the statement are doubtful in the extreme and raise issues and questions.

2) You must have been aware of what you call “allegations of impropriety against certain directors of the board” (of the PIC). I cannot recollect a single instance over the years where you supported AMAGP in their requests for such a commission. Au contraire, you and some trustees in fact countered our requests, citing the alleged good standing of the pension fund.

3) We submit that the probabilities point to you having known, or at least that you ought to have known or suspected that there were criminal activities going on, e.g. at VBS Bank. If you claim that you were unaware of such activities, it must be said that your monitoring system (if at all you have one in place) failed miserably. However, we assume that you at least had a monitoring system in place as this would be a simple precaution against misuse etc. Be advised that should you, as well as that responsible trustees or your responsible staff members, have known or suspected criminal activities which were not reported, Section 34 of the Prevention and Combating of Corrupt Activities Act, 12 of 2004 will be applicable.

4) We strongly submit that it is unnecessary to delay action, waiting for the specialised unit to combat corruption announced by the President, to investigate. Neither do you have to wait for the outcome of the investigation by the commission on inquiry. Mr Sithole, the President is surely entitled to the support of all of us to root out corruption. You are in an ideal position to lead the way. Will you comply or remain silent, as we have come to expect?  We await your response.

5) In your statement you record: “The board and management of the GEPF takes the fiduciary duties very seriously and is committed to ENSURING THAT OUR FUND CONTINUES TO GROW” (emphasis supplied). During January 2019 we published four media releases containing an analysis of the 2017/18 Annual Report of the GEPF by a qualified auditor. In the reports, serious questions are raised, inter alia, about the cash flow and sustainability of the pension fund. Not once did you or any member of the Board of Trustees react to the negative conclusions in the reports, far less dispute it. Also, the actuarial report which you received already in December 2018 already, should have been released by now. Why is it kept so secret?

6) The recurring refrain of the GEPF is that there will not be an impact on our pensions and benefits. This spin has been consistently repeated in the past on every occasion a huge loss to the fund was revealed. Mr Sithole, we may be forgiven if we do not believe this story any longer – not while billions of Rands are flying out the window. We refer to only a few instances: Steinhoff, African Bank, Independent Media and Ayo Technologies. Common sense points in a different direction.

7) Do we have to remind you of the ” Private and Confidential” list of the PIC, leaked to Ms Magda Wierzycka? You are in possession of a copy. We have not had any reaction from you so far on this issue… Be certain that this issue will be raised at some point down the line.

8) We insist that you make your letter, mentioned in paragraph three of your letter, to the PIC available for public scrutiny.

9) We would be interested to learn whether any conditions (including target dates either formal or informal) were put to the PIC management.

10) Have you considered appointing more asset managers, and specifically persons not politically controlled? You were not present at the meeting of the Standing Committee on Finance on 17 October 2017 when one of your representatives informed the Committee that legislation to achieve this was not necessary, and that a decision by the Board of Trustees would suffice.

11) Which objectives (short-, medium- and long term) are in place to minimise the risks for GEPF in regard to the important investment role which the PIC is executing as an asset manager and single investor on behalf of the GEPF, in view of the recent allegations that many top officials and some politicians have demonstrated a fundamental lack of integrity?

12) Does the GEPF Management plan litigation against the PIC and individuals involved in their personal capacities, against the backdrop of serious losses sustained by the GEP Fund, as a result of the mismanagement or misappropriation by the PIC and its officials? Has anything been done to follow up on such improprieties? If no follow up has been done we would insist on the reason for the omission. In the event of relevant legal actions which may have commenced, what has been done by GEPF to enhance the possibilities of success, to advance such legal actions?

The Rule of Law must take its course.

Like your letter, this letter will be released to the media.

If you have any proof of the allegations that you are making, it is incumbent on you that you make such evidence available to the law enforcement authorities or the PIC Commission.

I will not respond to any this.

As you say, “The Rule of Law must take its course.”

At the time of writing, evidence leader Advocate Jannie Lubbe has revealed the astounding and shocking  fact that the PIC under former CEO Dr Dan Matjila can apparently not find any information on a R4 billion investment into ‘an obscure oil company with links to the ANC and former president Jacob Zuma ’  to quote Warren Thompson of Business Day.

‘Our brother in Tshwane’, Dr Dan Matjila will testify before the commission in due course but the more than one and a half million employees of the civil service and those already drawing pensions, would doubtless want to see the GEPF’s Abel Sithole subpoenaed as well.