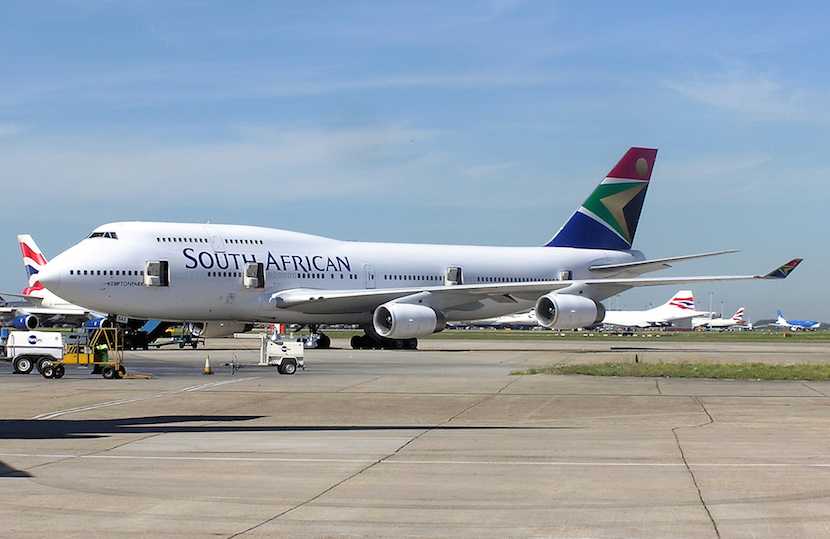 The question has to be asked; is Tito Mboweni allowing SAA a merciful death rather than depleting the Eskom-thinned state coffers any further? It’s one that departing CEO Vuyani Jarana – SAA’s ninth top executive in as many years – must have gleaned an answer to before he left, citing the impossibility of a solution within the current context. This story outlines the dilemma Jarana and his interim successor, SAA veteran Zuks Ramasia were/are confronted with. They’re in good expert analytical company in believing that without some financial show of goodwill from government a slow euthanasia will surely ensue. SAA’s brave, (some would say foolish), assertion that if Mboweni’s sentiment changes and he does help out, it will break even within a year or two, can only be verified with a large dose of luck and the heroic use of the time it buys them. – Chris Bateman

(Bloomberg) – South African Airways is in talks with its existing banks, new lenders and the government. But talking won’t pay off R12.7bn ($842 m) of imminently maturing debt.

The stricken state-owned carrier called a media briefing on Friday to “give assurances to stakeholders about the airline currently and into the future” following the surprise departure of Chief Executive Officer Vuyani Jarana last week. In his four-page resignation letter, Jarana raised grave concerns about SAA’s finances, most notably that a R3.5bn bridge facility will run out this month.

Following a perfunctory opening in which SAA veteran Zuks Ramasia was named the ninth person to be appointed permanent or acting CEO since 2010, non-executive director and Rothschild & Co. banker Martin Kingston laid out the extent of the company’s financial needs. As well as the repayment of the R3.5bn loan, R9.2bn is set to mature later this year. Oh, and SAA also needs R4bn to keep running into 2020.

The carrier is in discussions with both local and international lenders, but if everything Jarana said is accurate, then the government needs to give an explicit show of support before any further debt will be extended. And there’s little sign of that, with Finance Minister Tito Mboweni saying as recently as April that the airline should be closed down. He also left SAA out of his budget speech in February in favour of a massive bailout for power utility Eskom Holdings SOC Ltd.

SAA remains confident that it can break even in the 2020-21 financial year, Kingston said, which would be about a decade after the airline last made a profit. But it needs the shareholder – namely, the government – to address the debt problem, he added.