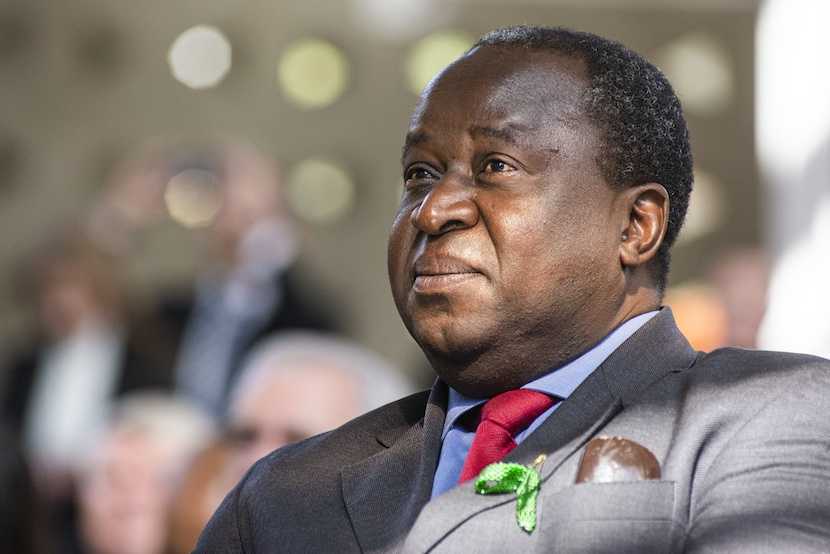 Out of all the ministers in Cabinet who use social media, finance minister Tito Mboweni may be the most genuine.

From showing off his less-than-savoury cooking skills, dancing with his sons to hit track Jerusalema and bantering with his followers in his regular Q&As, the politician has made his Twitter feed a platform to share his personal life.

He might have taken it a notch too far, however, on Tuesday when he posted that he was ‘growing weed legally’ – accompanied by covering the eye emojis.

He has since deleted the tweet. Mboweni has always been vocal about his support on legalising the herb and, when this happened, he joyfully tweeted his relief that he could now indulge in peace.

Arrest me then! It’s growing on my farm!!💪🏿💪🏿 pic.twitter.com/kClUuJFnN5

On the numbers side, Mboweni was of the view that dagga could generate revenue for the country if allowed to trade legally.

The Cannabis Bill is clear about how much dagga a person can privately plant, stating that ‘an adult person who in a private place, cultivates―(a) more than the prescribed quantity, contemplated in section 2(1)(b), but less than a trafficable quantity of cannabis plants, is guilty of a Class C offence.’

The act further stipulates that growing dagga with more than four flowering plants is against the law. Judging from Mboweni’s posted image, he isn’t within the confines of the law.

That's more than eight plants sir. I shall be calling the police. Please revise the draft dagga policy. It's open to abuse and has so many problems. Give us freedoms dont take them away.

President Cyril Ramaphosa shared in his SONA speech at the beginning of the year the plans government had in opening up cannabis.

“This year we will open up and regulate the commercial use of hemp products providing opportunities for small-scale farmers; and formulate policy on the use of cannabis products for medicinal purposes, to build this industry in line with global trends. The regulatory steps will soon be announced by the relevant ministers,” he said.

Mboweni meanwhile, remains mum on what he will do to the cannabis patch that he so lovingly cultivated.