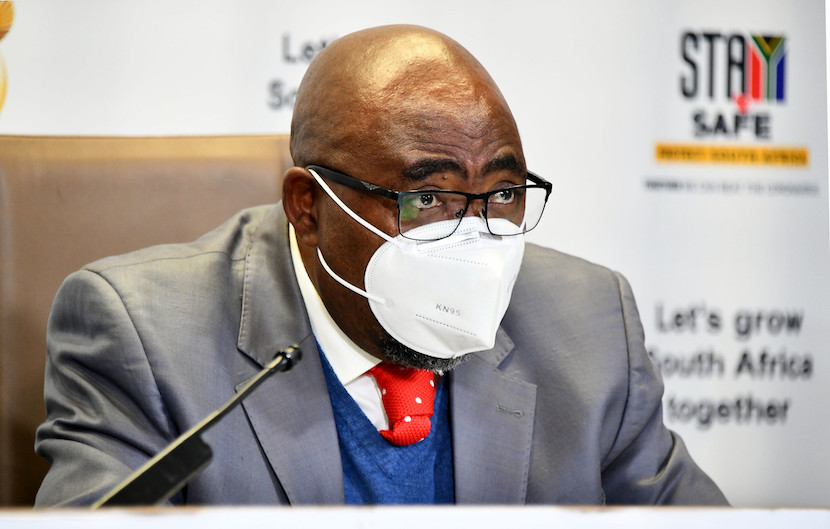 Days ago South Africa’s ruling party, the African National Congress, suggested that surplus funds from the state run Unemployment Insurance Fund  (UIF) and Compensation fund should be used to “invest” in Eskom’s debt. Now the country’s Employment and Labour minister has warned that the fund could collapse if ‘we blow this money on a temporary relief scheme’. He was referring to the extension of  the Temporary Employer-Employee Relief Scheme, set up to support those who have lost income due to Covid-19. With unemployment at a 17-year high, unions argue that subsidising workers’ pay is far more cost effective than trying to revive an economy once hundreds of businesses have been forced to close their doors.- Melani Nathan

(Bloomberg) –South Africa’s Employment and Labor Minister Thulas Nxesi has warned that the state-run Unemployment Insurance Fund (UIF) could collapse if it is forced to again extend special benefits to workers who’ve lost income as a result of the coronavirus pandemic.

The government initially committed R40bn ($2.6bn) from the fund, which is financed using workers’ monthly contributions, to subsidise the special benefits for three months. The relief, which was given to those whose employers couldn’t afford to pay them or who were forced to take leave, was subsequently extended by a further four months until mid-October. Almost R53bn rand has been dispensed to more than 4.7 million people so far.

While there have been reports that the UIF has R140bn available that could be used to further extend the so-called Temporary Employer-Employee Relief Scheme, much of the money is tied up in investments such as bonds, property and equities, and can’t be easily accessed, according to Nxesi. The fund will also need money to pay out regular unemployment claims to more than 1.5 million people in the near future, he said in an interview.

“If we blow this money on this temporary scheme, what will happen to the ordinary beneficiaries who have put their money into it?” he said. “We cannot collapse this fund.”

The Congress of South African Trade Unions, the country’s largest labor group and a close ally of the ruling African National Congress, earlier this month called for payments to workers in industries that remain adversely affected by virus-related curbs to be extended by a further two months. It noted that the fund has about R60bn in liquid assets that could be utilized. “It is far cheaper to invest in saving jobs and companies by extending TERS than to allow thousands of companies to close and retrench millions of workers,” Cosatu said. It conceded that the fund couldn’t provide ongoing support for workers, and called for “a combined package of relief in the form of stimulus, tax relief, and debt relief.”Cosatu has been at loggerheads with the government over its decision to renege on a three-year pay deal agreed in 2018 by denying civil servants raises this year — a dispute that is now before the courts. The federation has also objected to plans to freeze state workers’ pay for the next three years — a measure the National Treasury has said is necessary to bring burgeoning state debt under control.

Nxesi, whose department oversees the protection of labor rights, said he is closely monitoring negotiations with the unions, which are handled by the Department of Public Service and Administration.

“My view is that there is a need for a social compact across government to say how are we going to deal with the issue of a salary increment versus the job losses we are seeing,” he said.

The minister also said his department is busy drafting a national employment policy that will aim at dealing with an influx of undocumented foreign nationals, some of whom are exploited by local employers. “We are looking at the sectors where we can implement quotas for local workers” to be employed as well as safeguard the rights of foreign workers who are legally in the country, he said.