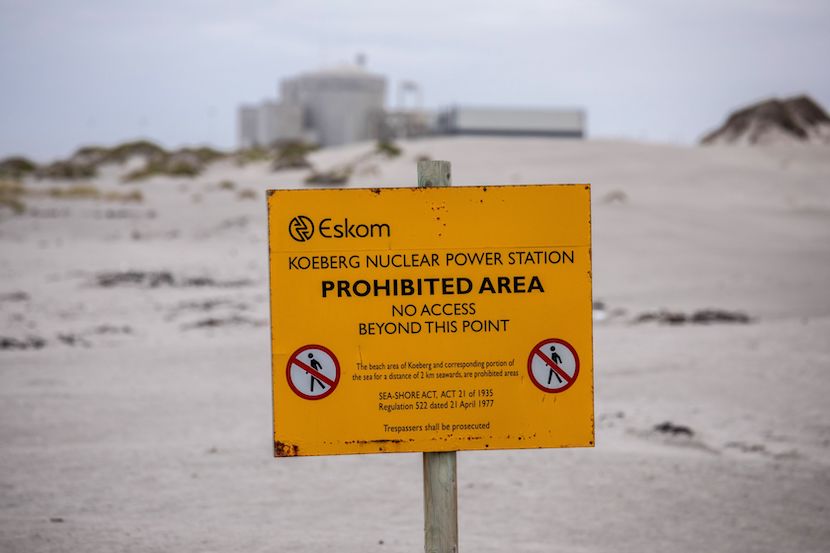 Days after announcing that it will have to resume rotational power cuts, South Africa’s power utility has released a worrying statement about its financial standing. The state owned company says it has managed to make a small profit, coinciding with the winter months when it usually hikes tariffs. The power producer wasn’t lucky enough to escape the lockdown unscathed and saw a 10% drop in sales for the first half. A fourth consecutive year of financial losses looms as the company battles unsustainable debt levels and ageing infrastructure.- Melani Nathan

(Bloomberg) –South Africa’s debt-stricken power utility is headed for a fourth consecutive full-year loss as it struggles to deal with continuing financial and operational problems.

The loss is expected to widen to R22bn ($1.47bn) in the year through March, compared with about 20.5bn last year, Eskom  said in a statement on its website. The company reported an R83m profit in the first half — a period that coincides with the South African winter, when tariffs tend to increase.

“Significant financial challenges remain, predominantly related to tariffs not being cost-reflective, coupled with an unsustainably high debt burden,” the company said. Electricity sales fell an unprecedented 10% in the first-half as lockdown measures designed to control the spread of the coronavirus pandemic dented demand.

The loss of revenue exacerbates the problems facing a monopoly that provides almost all of South Africa’s power and adds another obstacle to its already troubled finances. The government, labor unions and business groups last week endorsed a pact to find ways of reducing its R464bn debt.

While the framework by the group is a start, “a lot more work needs to be done” on the potential solutions before an approach to debt investors will be made, Chief Executive Officer Andre de Ruyter said.

Timelines for a turnaround plan that will split the business into transmission, generation and distribution businesses have also been extended. The company now expects a legal separation of transmission by December 2021 and for the other divisions to follow the year after.

Debt securities and borrowings were reduced by R20bn in the six months through September, partly because the rand strengthened against the dollar. As about 66% of its borrowings are guaranteed by the South African government, “Eskom’s level of debt is a systemic risk to the fiscus and the country as a whole,” the company said.

Eskom expects to raise funding of about R40.7bn by the end of March. It’s considering syndicated loans and bond sales, depending on market conditions, Chief Financial Officer Calib Cassim said in a presentation.

“In order to improve our financial position in the longer term, we require a considerable reduction in the debt profile or a sizable increase in cash flows through cost-reflective tariffs,” Eskom said.

Eskom said its performance is slowly improving. Still, it’s unable to meet demand because of ill-maintained generation units that forced the utility to implement power cuts for 19 days from July through September. The company this weekend had rotational blackouts for the first time since September.