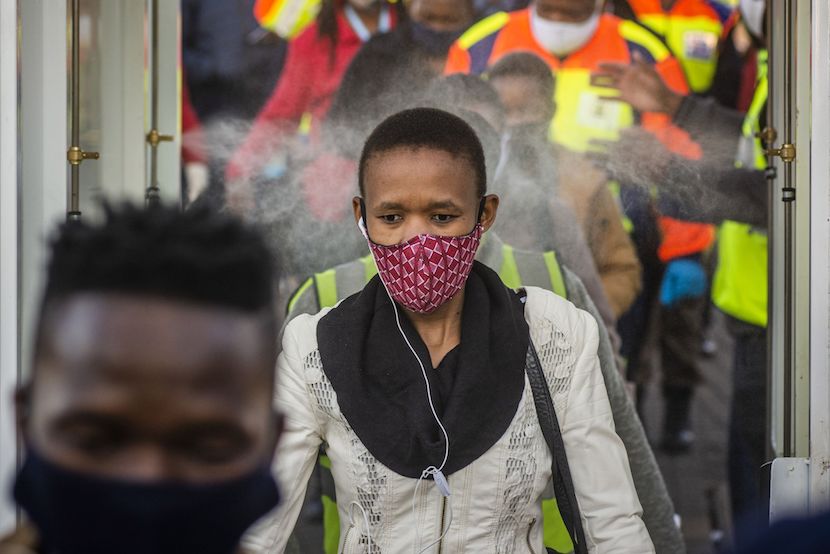 (Bloomberg)– Statistics South Africa may move away from using the annualized quarterly change in gross domestic product as its main measure for the performance of the economy.

The statistics office will start consultations with its user community early next year about the possibility of switching focus to the non-annualized quarter-on-quarter seasonally adjusted figure, said Joe de Beer, deputy director-general of economic statistics.

Such a move would mean smaller fluctuations in the headline number when abnormal events, such as rotating power cuts or this year’s coronavirus-related lockdown, happen, De Beer said in an interview Tuesday in Pretoria. He was speaking after the release of third-quarter GDP data. It also would bring Africa’s most-industrialized economy more into line with some Organisation for Economic Co-operation and Development countries.

“The change in Statistics South Africa’s reported GDP growth rate will reduce the large swings that we have come to see in the data, especially when the economy is hit by a shock. It will also help to reduce the confusion that we have seen around the correct interpretation of the statistics. It bring us in line with international reporting standard — making it easier to draw comparisons. This becomes important as we continue to track and compare the pace of recovery across different markets.”–Boingotlo Gasealahwe, Africa economist

The statistics office went to great effort this year to explain how annualized GDP data — which shows how the economy would’ve performed for the full year if the quarter-on-quarter rate were to occur four times in succession — could be misread.

The annualized rate “provides a crude forecasting model that is useful in times of stable economic performance, but less so in a highly volatile environment,” Statistics South Africa said in its GDP report.

Users who will be consulted include the Statistics Council, academics, banks, the central bank, provinces and the National Treasury.

If the move is agreed to, the statistics office should start using the new measure with the release in June of the first-quarter’s data. The GDP data release will be accompanied with a new reference year and revised weights of the various sectors that are used to calculate output.

Statistics South Africa usually revises and updates GDP data every five years and the last overhaul was in 2014. The publication of the benchmarked and rebased GDP results was postponed from this year due to the pandemic.

The adjustment is unlikely to bring material changes to recent growth outcomes in an economy that’s stuck in the longest downward cycle since 1945 and strained by political and policy instability, poor business confidence and regular electricity cuts.