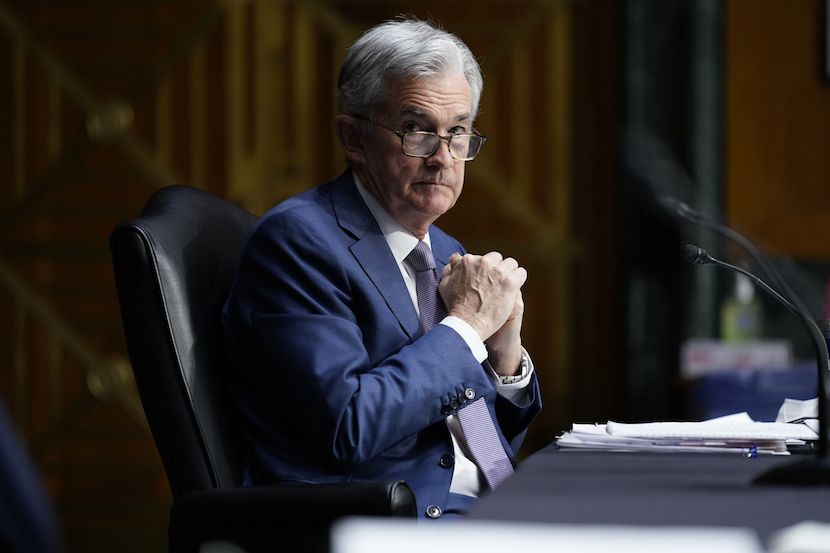 The whipsawing price of Bitcoin has turned the market into paradise for professional traders – but a potential nightmare for the amateurs who previously dominated the space. For the rational mind, trying to take on the balance sheets and focus of Wall Street Pros is tough enough – now comes news that the US Federal Reserve expects introducing its own Bitcoin-alternative by 2023. Click here to watch chairman Jay Powell’s five minute video on the topic, which was released last night. Alarm bells are ringing louder than ever. – Alec Hogg

(Bloomberg) – Federal Reserve Chair Jerome Powell turned up the volume in the U.S. digital dollar debate, announcing the central bank will publish a research paper and seek public comment as it weighs issuing one in the future.

“We are committed at the Federal Reserve to hearing a wide range of voices on this important issue before making any decision on whether and how to move forward with a US CBDC,” he said in a statement on Thursday, referring to central bank digital currencies. “To help stimulate broad conversation, the Federal Reserve board will issue a discussion paper this summer outlining our current thinking on digital payments, with a particular focus on the benefits and risks associated with CBDC in the US context.” 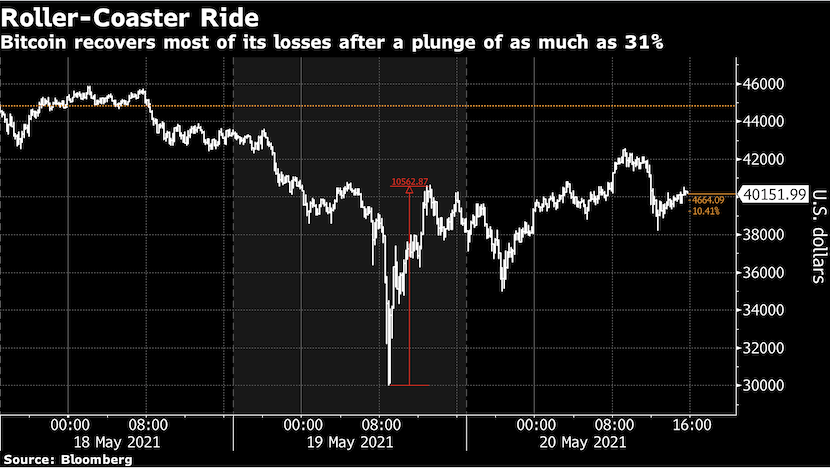 The announcement, during a week of intense volatility in cryptocurrencies, launches a Powell-style consensus-building exercise on the topic of a U.S. digital dollar, which until now has mostly been a technological project based at its regional branch in Boston. The approach of canvassing outside voices has been a hallmark of Powell’s leadership.

Powell said he wants the Fed to play “a leading role” in the development of international standards. Central banks around the world — most notably the People’s Bank of China — are moving ahead with digital currencies which could give them a head-start in how standards develop partly because they have actual experience.

“It is hard not to view today’s statement in the context of China and what is happening in the private crypto markets,” said Derek Tang, an economist at LH Meyer/Monetary Policy Analytics in Washington. “There is a little bit of complacency at the Fed saying, ‘We are the reserve currency.’ That is shifting now.”

Tang said China’s digital currency is aimed at exerting more control over the domestic financial system but also for projecting soft power into the global trading system with yuan digital payments. “Those efforts have been accelerating perhaps more quickly than the U.S. was expecting,” he said.

A key issue for Powell and other Fed officials is how such technology would fit into the current U.S. banking system, which already provides electronic payments in a variety of ways.

Critics of the current system say it locks out many low-income people and charges them fees for basic services that people with high account balances don’t suffer. Digital currency accounts held by individuals could serve as a form of competition. Still, the banking system offers high protection for depositors, including insurance, that a less regulated system may not offer.

“The problem is that we are over-reliant on the central bank’s payment system, which fails to deliver,” said Aaron Klein, a senior fellow at the Brookings Institution in Washington. Long check-cashing settlement times can lead people in under-banked communities to use so-called pay-day lenders who charge high fees for money advances. “The answer is to fix the Fed’s system and move society to a better payment system,” he said.

That may not mean digital currency, but something more like FedNow, a separate project the Fed is building that will compete with banks on same-day settlement, Klein said.

U.S. central bankers want to be clear about what problem they are fixing as they assess a digital dollar.

“Our key focus is on whether and how a CBDC could improve on an already safe, effective, dynamic, and efficient U.S. domestic payments system,” Powell said. “We think it is important that any potential CBDC could serve as a complement to, and not a replacement of, cash and current private-sector digital forms of the dollar, such as deposits at commercial banks.”

Powell said that “to date, cryptocurrencies have not served as a convenient way to make payments, given, among other factors, their swings in value.” He also said stable-coins, or digital currencies tied to the dollar, will attract more scrutiny from regulators.

He said he hoped the paper would represent a thoughtful process.

“Irrespective of the conclusion we ultimately reach, we expect to play a leading role in developing international standards for CBDCs, engaging actively with central banks in other jurisdictions as well as regulators and supervisors here in the United States throughout that process.”