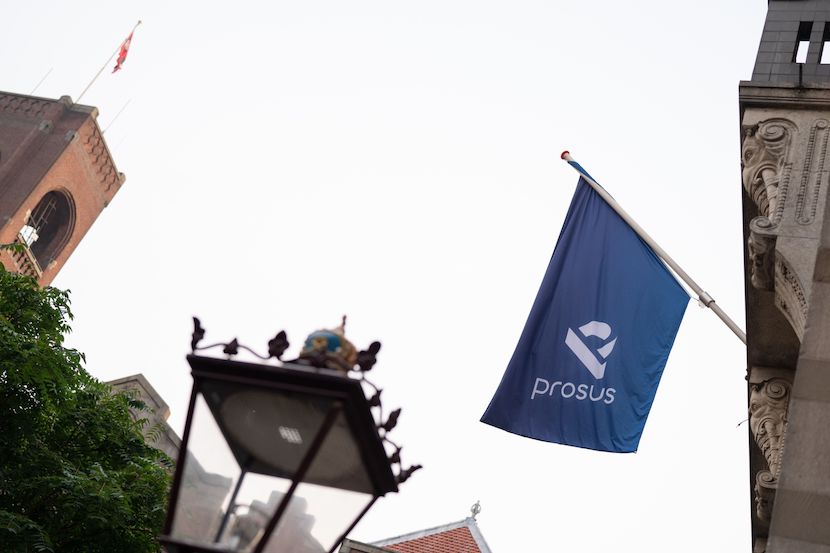 Former Naspers CEO Koos Bekker famously discovered Chinese tech success Tencent in 2001 before it exploded in value, powering up the JSE-listed media company. Bekker’s Tencent pick has been described by some analysts as one of the best investments in history. But, nearly two decades later, The Wall Street Journal describes Tencent as a headache for the leaders of Naspers, Africa’s largest-listed company, because they can’t narrow a $100bn valuation gap that makes the investment in Tencent worth more than the market value of Naspers. Return on Assets Managed specialist Ted Black underscores why investors in Naspers shouldn’t hold their collective breath that the top team headed by Bob van Dijk will be able to fix this problem. Outside of the Tencent investment, there’s nothing in the Naspers stable that’s likely to make investors excited. Black shares his number-crunching with the BizNews community. – Jackie Cameron

Today, because share options are such a big part of CEOs’ and top management pay, shareholders view buybacks with a jaundiced eye. They see them mainly as a way to transfer wealth to managers. Besides, most so-called “Long Term Incentive Plans” are short – it’s often no more than three years before they kick in.

However, as Warren Buffett said back in 1984: One usage of retained earnings we greet with special enthusiasm when practiced by companies in which we have an investment interest is repurchase of their own shares. The reasoning is simple: if a fine business sells in the market-place for far less than intrinsic value, what more certain or more profitable use of capital can there be than significant enlargement of the interests of all owners at that bargain price?

He also said: When Coca Cola uses retained earnings to repurchase its shares, the company increases our percentage ownership in what I regard to be the most valuable franchise in the world … when you have outstanding businesses and a comfortable financial position, and you find your share selling far below intrinsic value, what other action benefits shareholders as much as a share buyback?

Let’s look at another sample of one: Can Bob van Dijk and Basil Sgourdos convince the capital markets at their next results presentation that Prosus meets Buffett’s conditions?

No, for various reasons it’s an impossible task. We’ll look at just two of them from a management point of view – productivity and capital allocation.

In a recent article in Business Day about Prosus, David Shapiro of Sasfin was quoted: “They haven’t done anything that’s got people talking. To me that’s the gap – they’d close it if they could find decent businesses that people wanted to own.” He’s right.

I also heard him respond to a listener on Moneyweb radio many years ago who asked, “What do you think about the ROAM model to analyse companies?” He replied: “It won’t tell you when to buy or sell shares”. True for a trader but not a long term investor who wants to gauge management’s strategic and operational competence as well as a firm’s competitive position.

In feedback interactions with analysts, van Dijk tends to stress growth and improving EBITDA numbers. The golden rule with ROAM measurement is always judge a trend, not isolated, year-to-year numbers. Here are some … 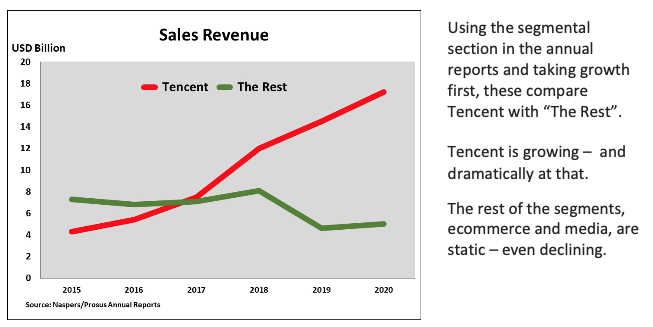 Instead of EBITDA, let’s look at Trading Profit next. It’s closer to EBIT. 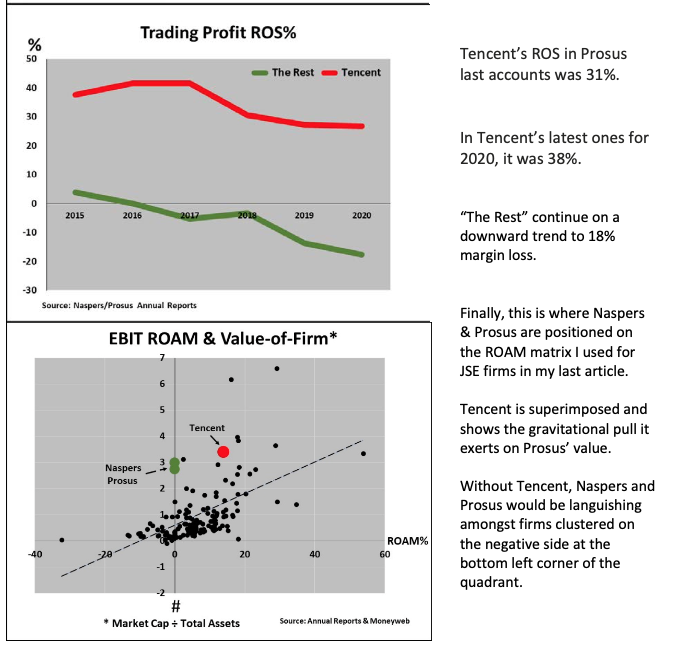 It may be dumb to ask, but why sell any of your interest in Tencent if all you do is buy Prosus shares or some other “high-risk, low-return” business with the cash? In the same Business Day article, van Dijk said that Prosus looks at 5 000 companies each year doing 50 deals and that it was “super selective” but still finding good opportunities. Judging by the trends, it doesn’t look as if he’s right.

With capital allocation – a key management talent – Buffett has a typically humorous but trenchant view: “The skill with which a company’s managers allocate capital has an enormous impact on the enterprise’s value … CEOs ask advisors if an acquisition or two would make sense … that’s like asking your interior decorator if you need a $50 000 rug!”

He adds: “If a CEO has reached his position through an abundance of animal spirits and ego, they don’t disappear when he reaches the top. So, when encouraged to make deals, he responds much as would a teenage boy egged on by his father to have a normal sex life. It’s not a push he needs!”

As Buffett also observed, because firms compete with each other for acquisitions, they pay high premiums. They are grossly unbalanced. Shareholders of bought firms hit the jackpot; they increase the pay and status of the buying firm’s management; are a honeypot for bankers, lawyers, accountants and consultants; and destroy the wealth of buying firm’s shareholders because more intrinsic value is given up than received.

It means the firm fits with the late Peter Drucker’s observation in his classic Managing for Results: “Concentration is the key to economic results … no other principle of effectiveness is violated as constantly today as the basic principle of concentration.”

Prosus is far from focused and concentrated. It’s the opposite. That raises a final question. Just imagine “The Rest” were acquired, say by a private equity firm or a “Tencent”. Which jewels would it keep, and by selling what it doesn’t want, get its target sectors and firms at a discount?

Wouldn’t that make for a great education project on strategy for a small group of Prosus’ high potential managers to tackle and present to van Dijk and his executive team? It might help them a lot more than trying to solve the discount problem through financial engineering stratagems.

With Tencent going from strength to strength, they have the luxury of cash and the time that gives you to create options – even more of them if the brains get working on ways to choose the right terrain for building castles and widening the ROAM moats around them.

From an “Owner’s” viewpoint, that’s the real management task – not portfolio management.