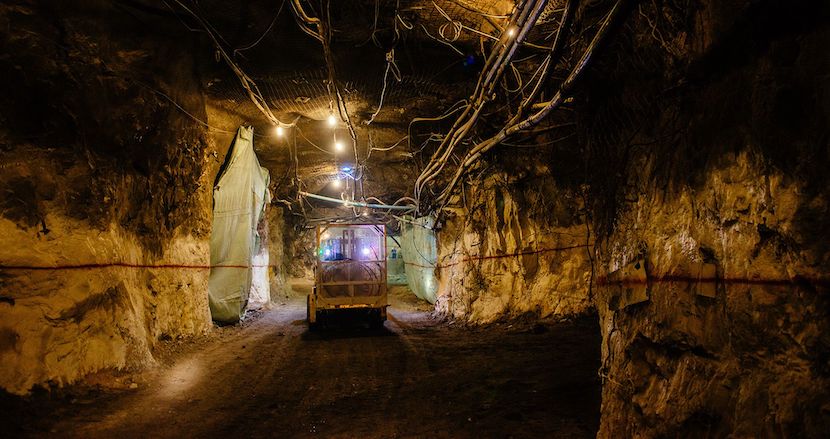 Even before Covid-19 was a reality, the South African economy was under immense pressure. The advent of the virus (and the resultant lockdowns) certainly didn’t help, as myriad businesses shut down and jobs were lost. Now, as the Delta variant continues to cripple the country (and, in fact, the African continent) further lockdown restrictions have been placed on businesses and individuals. The tourism, alcohol and hospitality sector undoubtedly feel the pain more than others. While a tough time for many, South Africa’s rich legacy in mining is what’s keeping the country on an upward trajectory towards recovery. As Bloomberg reports, increasing demand and prices for platinum, manganese and coal are “generating record mining-company profits and bolstering government revenue.” Listen below as veteran mining analyst Peter major weighs in on the topic with BizNews founder Alec Hogg. “To say old mines are saving us – I take a little bit of offence to that. It’s like saying these old I.T companies are really saving the [United] States. Because a mine is old doesn’t mean it isn’t profitable or doesn’t have a long life.” – Jarryd Neves

By Prinesha Naidoo and Felix Njini

(Bloomberg) – The world’s deepest precious-metals mines, together with giant iron-ore and coal pits are providing an unexpected boon to a South African economy slowly recovering from its biggest contraction in a century.

Surging demand and prices for commodities including platinum-group metals, iron ore, manganese and coal are generating record mining-company profits and bolstering government revenue. That’s even as decades of dwindling output and investor reluctance to build new mines blights prospects for the industry.

“Last year, we were concerned about the lack of space to support the economy amid the severe hit from the pandemic,” Elna Moolman, a South Africa economist at Standard Bank Group Ltd., said in an interview. “The recovery in commodities demand and their prices is providing very strong support to the economy.” 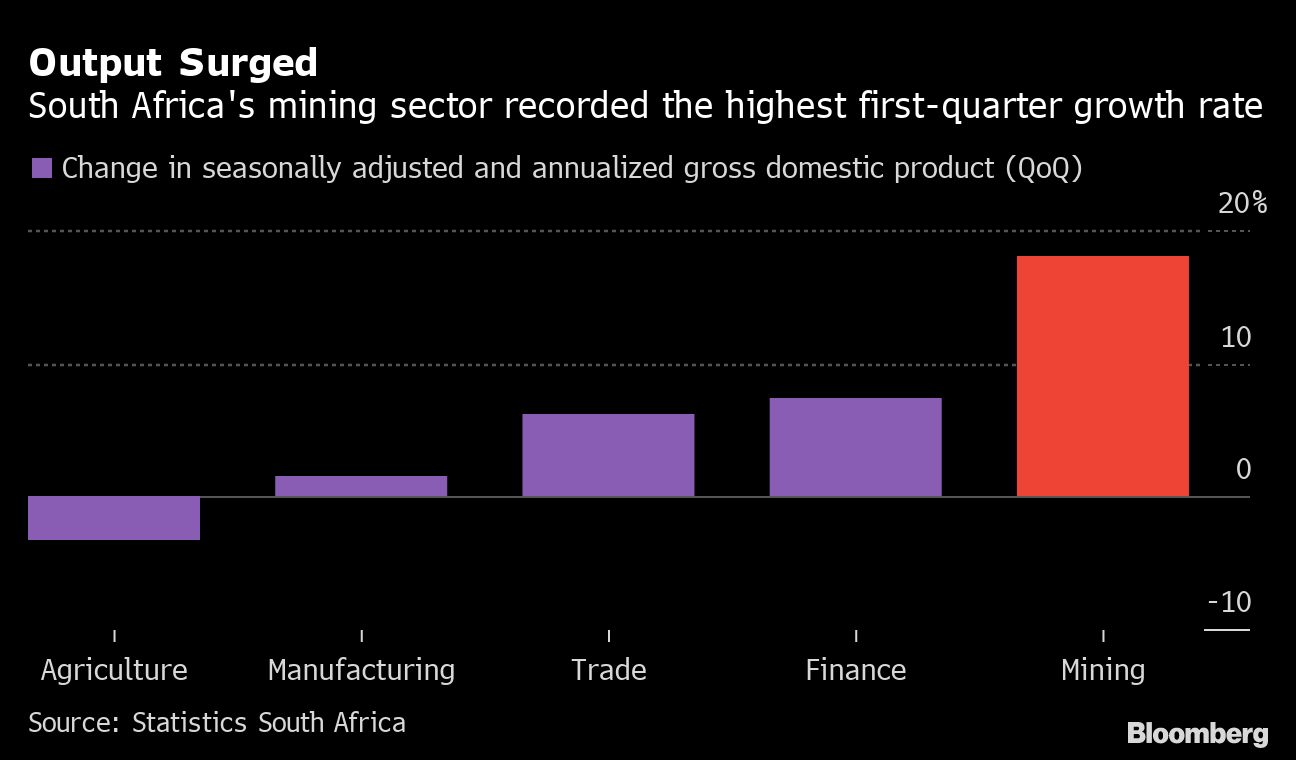 Its gold industry – once the world’s largest – underpinned the nation’s transformation into the continent’s most industrialised economy. Bullion sales cushioned the economy against the impact of the oil-price and dollar collapse in the 1970s and as international outrage against apartheid rule a decade later resulted in massive capital outflows. The commodities boom in the 2000s provided the Treasury with a war chest to withstand the devastating effects of the global financial crisis.

The mining industry’s output surged 18.1% in the first quarter compared to the previous three months, helping buoy growth more than forecast. The sector accounted for 9% of gross domestic product during the period.

Last year, the mining industry, which employs more than 451,000 people, accounted for 8.2% of GDP, according to the Minerals Council South Africa, an industry lobby group.

Revenue for the fiscal year through March exceeded budget estimates for the first time in five years as the industry drove an increase in corporate income tax collections, and led to the shortfall on the main budget coming in below forecast.

That’s allowed the Treasury to reduce the amount of debt on sale at its weekly auctions for a second time since March and bodes well for its plans to achieve a primary surplus in fiscal 2024-25 and stabilise debt at 88.9% of GDP the following year. 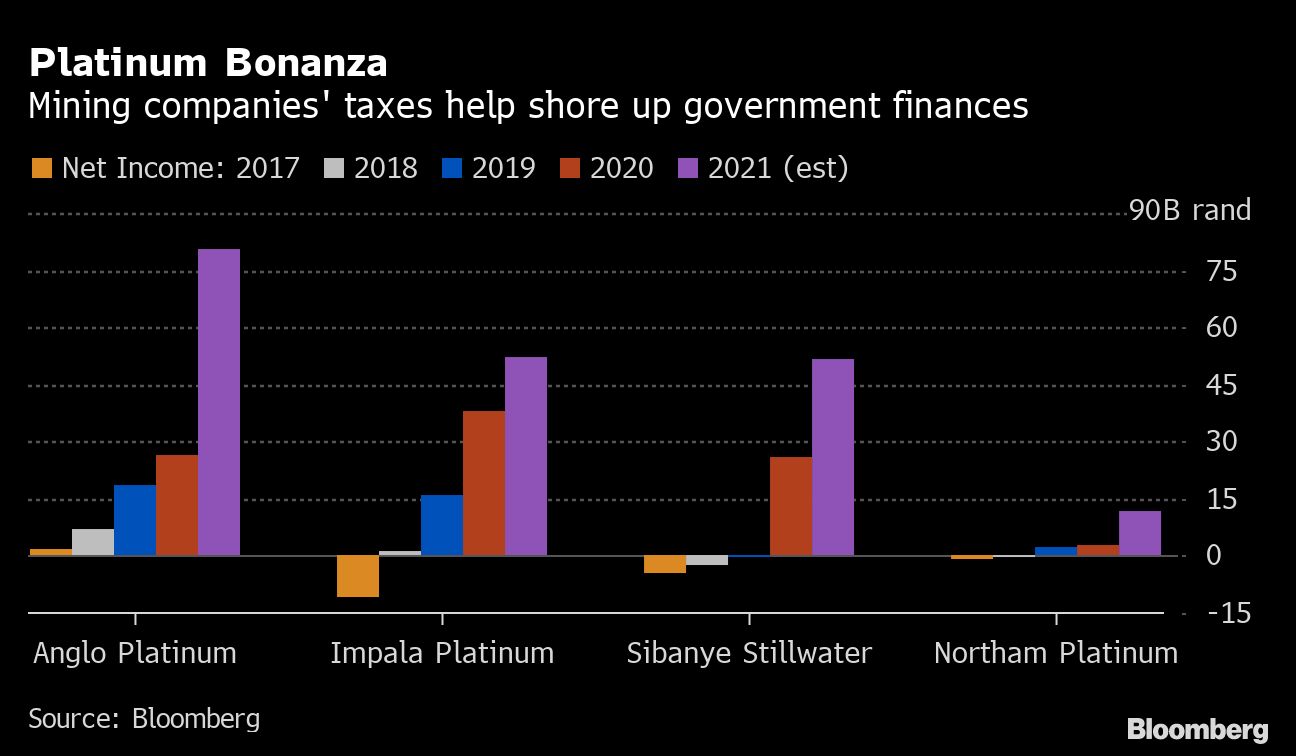 The world’s top platinum suppliers’ exports of platinum-group metals surged 40% in 2020, even as Covid-19 disrupted operations and curbed output, the national statistics agency said in April. Sales of PGMs, which are in demand as stricter emission rules boost their use in vehicle autocatalysts, raked in R190 billion ($13.3 billion) amid a rally in palladium and rhodium prices.

South Africa’s terms of trade – a measure of export prices relative to import costs – increased 12% over the past year and more than 20% since the end of 2018, as the global economic recovery from the pandemic pushed up demand for commodities, according to HSBC Bank Plc economist David Faulkner.

The trade windfall is “one of the strongest gains on record, with past experience highlighting how South Africa’s macro fortunes can tilt on favourable commodity prices and a benign external backdrop,” Faulkner said in a note. “The result has been a period of respite, relief and rally.” 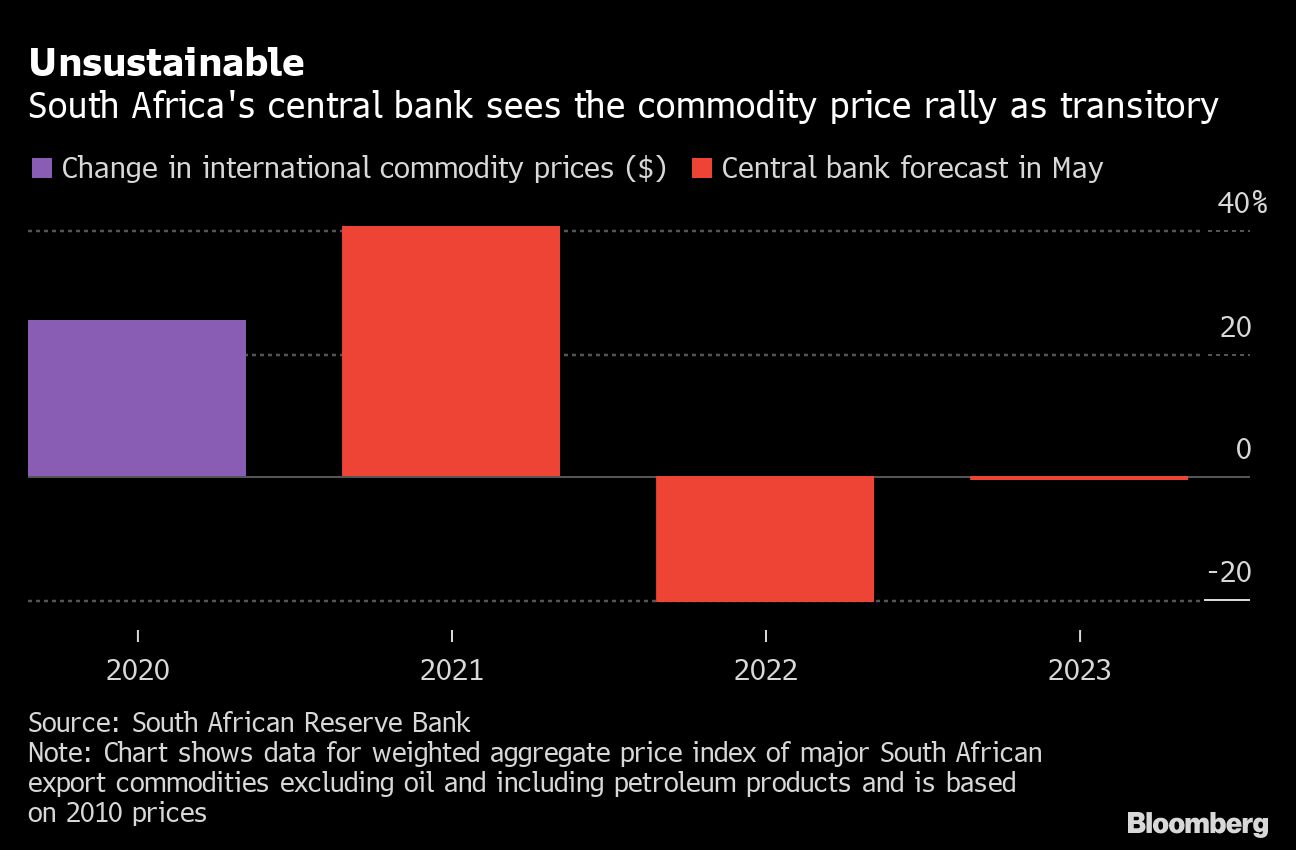 Still, a failure by Ramaphosa’s government to take advantage of the commodity rally to expedite a raft of reforms and attract investment to boost growth and create new jobs could counter the recent fiscal gains. The South African Reserve Bank forecasts that the commodities price rally may be temporary.

“These are economic challenges that will require sustained policy action to reverse,” Faulkner said. “They also leave South Africa with balance sheet vulnerabilities at risk of being exposed should the recent rise in metal prices prove transitory or risk appetite sour.”

“Rising commodity prices provide a welcome respite for the budget. They are, however, not a panacea. The government will still have to follow through with its consolidation plans to stabilise the debt trajectory.” – Boingotlo Gasealahwe, Africa Economist