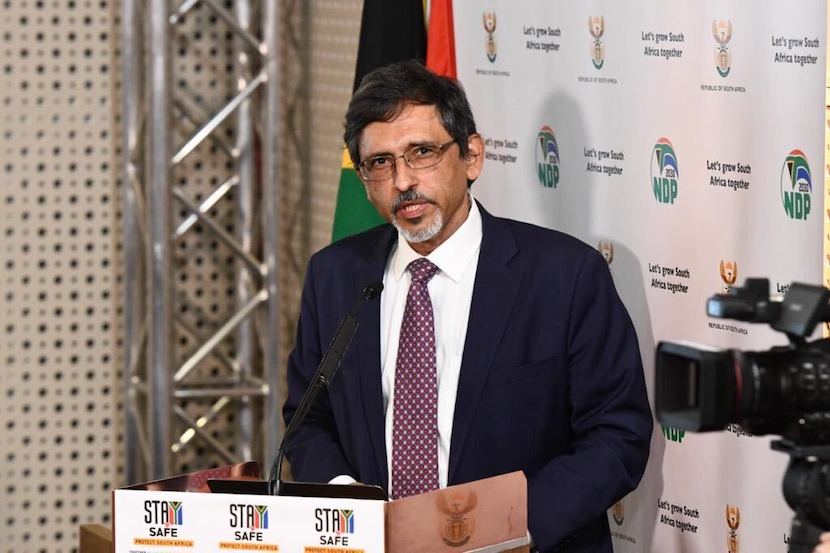 Responsible for economic development and myriad other duties, the position of Minister of Trade, Industry and Competition is an important one in any government – particularly South Africa, where much-needed investment and work is needed to stir up the economy. Since May 2019, that role has been the responsibility of Minister Ebrahim Patel. The Cape Town-born ANC stalwart, admired for his role in the anti-apartheid movement, is now heading up a portfolio which, Jonathan Katzenellenbogen notes, is “around the world, often about defending the private sector’s corner in Cabinet meetings, as well as promoting investment and exports.” In this thought provoking piece, the veteran journalist reckons that this is simply not the case in South Africa, suggesting that the department role is more about government pushing business to do what government wants it to do. “He is a highly activist Minister and therein lies the danger to our economy.” – Jarryd Neves

Many countries have trade and industry ministers that either have commercial experience or, at least, have some understanding of business. Around the world this portfolio is often about defending the private sector’s corner in Cabinet meetings, as well as promoting investment and exports.

That is not the case in South Africa. In South Africa the role of this department is more about pushing business into what government wants it to do.

For the past three years Ebrahim Patel has been the Minister of Trade, Industry and Competition. Patel has had a long career in the unions and is a member of the Communist Party. All that shows up clearly in the thrust of his policy agenda as he pushes for “Master Plans” for vast swathes of the economy, and for the interests of unions and empowerment beneficiaries, rather than the overall good of the country.

All the signs are that he has the support of President Cyril Ramaphosa and the ANC, and has considerable influence within the Cabinet.

He is a highly activist Minister and therein lies the danger to our economy.

The Minister’s strong inclination towards micro-managing and planning was fully revealed last year at the onset of the Covid-19 lockdown. Supermarkets were initially prohibited from selling anything but food items and had to prevent customer access to other lines they sell, clothes stores could only offer a limited range of merchandise, e-commerce was largely halted, and the operations of  factories and mines was highly restricted.

After economists warned of a double-digit contraction if the severe restrictions were prolonged, Patel accused them of making “thumb suck” forecasts. Pressure from business eventually forced the government to ease up on the restrictions, but the economy still contracted by more than seven percent last year.

The key thrust of his policies is to implement “Master Plans” for core industries to ensure that key suppliers support empowerment interests. To protect the suppliers, he wants industries to produce a lot more locally. This is a high-cost path, and will damage South Africa’s competitiveness.

In all his policies there is an apparent deep distrust of market forces and individual private initiative. He wants the private sector to be pushed in the direction he wishes through plans and tight regulation. Along with Public Enterprises Minister, Pravin Gordhan, he is an admirer of the ideas of Mariana Mazzucato, an economist who takes the view that innovation comes from the efforts of many, particularly the state, and is “not just from a narrow group of young white men in California.”

While a number of sectors have agreed to “Master Plans”, it is hardly the case that government and business have anything near an equal power relationship in their negotiations on these. Business is well aware of the implications of defying the will of the sovereign. So they take the view that it is best to go along, to get along.

So far there are Master Plans covering the auto, clothing, poultry, sugar, steel, and furniture industries. Under the plans, the sectors agree to develop and help provide a black-owned supplier base, which can also substitute locally made goods for imports.

An associated thrust under the Master Plan strategy is the “localisation” strategy. Government has asked big business to substitute 20 percent of non-petroleum goods imports with products made in South Africa. And all this, says government, must happen as soon as possible. A study released by consultants Intellidex last week said this was unrealistic over the short term, and that any early attempt to achieve it could result in price rises of over 20 percent. Intellidex warns the government of the dangers to quality and of price rises if “localisation” is enforced. It says, “A timeline cannot be forced through central dictate.”

But that is unlikely to deter Patel from attempting to mould industry into fitting his model. While privately owned, much industry could be headed into far greater regulation and planning and will fast lose its capacity for agility and creativity. Left on their own, businesses show over and over again that they rapidly adapt and find niches for themselves. The result of the Master Plans will, in all likelihood, be to push overall inflation far higher, and lower quality. One endless problem for South Africa is that due to the small size of the local market, factories can rarely achieve the same economies of scale as their competitors abroad.

In what is a strong populist move to defer to activism around inequality, the Minister said last week that companies will, by law, have to reveal the wage gap between executives and workers. Johannesburg Stock Exchange-listed companies are already required to give details of executive compensation. This allows, if certain assumptions are made, for the wage gap to be calculated.

This could be the prelude to legal restrictions on executive pay, which would represent a bad leap in government regulation.

Shareholders rather than the government are better suited to deal with executive remuneration issues. Unfortunately shareholders and fund managers don’t raise the matter of bosses’ pay too often. But in the US and the UK executive remuneration issues are increasingly raised at annual meetings and this makes for greater accountability, particularly at companies that are doing badly.

If the aim is to ultimately place restrictions on executive pay, this would hinder company flexibility in hiring talent. While Patel is raising the issue of executive pay, it would also be useful if he were to raise the remuneration issue in the public sector. After all, the average pay level in the public sector is well above that in the private sector. Despite driving state enterprises into the ground, many managers continue to be rewarded at the failing state enterprises.

We do not know yet if unlisted companies will have to reveal the wage gap. But should owner-managed companies, including those run by the founders who came up with the idea behind the company and put in sweat equity, be forced to have pay caps, this will be a disincentive to starting businesses here.

To “democratise” the economy, Patel also wants to see workers on the board of companies. This is done in Germany, probably the world’s most advanced industrial country, and combined with share ownership, would give workers a stake in the companies they work for.

Last week the Minister said South Africa had big ambitions to see that electric vehicles are manufactured in the country as part of a wider effort to see South Africa become “a centre for advanced green manufacturing.”

That is ambitious, but a prerequisite would be a growth in the local market for electric vehicles. Until we know that load-shedding will not suddenly occur, buying an electric vehicle may not be the most sensible thing to do.

Patel’s best path would be to make business easier to do in South Africa by lowering the costs and reducing the endless new regulations. But the problem is that the Minister wants to plan and simply can’t accept that he will damage the agility of business in reacting to market forces.

Meanwhile, we are stuck with the economic consequences of Minister Patel, in the form of increasing costs for business and a fast drop in competitiveness.